‘Court’ at Oscars: The right verdict

After repeated mistakes in the past, the Film Federation of India has finally taken the right decision by selecting Court as India's Oscar entry. After repeated mistakes in the past, the Film Federation of India has finally taken the right decision by selectingCourt as India’s Oscar entry.

A collective sigh of relief was felt amongst cinema enthusiasts on Wednesday evening as the Film Federation of India (FFI) announced the Marathi film Courtas India’s entry to the Oscars, 2016 for the Best Foreign language film. It is, after all, a long time since the public agreed that the jury had picked a film that represents India’s best chance at the world’s most high-profile honour in cinema. Only three Indian films have made it to the final nominations of the Academy’s Best Foreign Language film so far: Mother India (1958), Salaam Bombay (1988) and Lagaan (2001).

In the past, FFI has either made embarrassing choices of mainstream Bollywood films such as Barfi! (2012) andEklavya (2007) or the more artistic films such as The Good Road (2013) and Liar’s Dice (2014). The problem with the latter two was that although they were honest, sincere films, they wouldn’t count among India’s best work in cinema.

The universally lauded The Lunchbox and the hard-hitting Fandry were the better films in 2013 and 2014. The public outrage at FFI’s choices was justified because these were examples of the new, exciting wave in Indian cinema that the FFI had repeatedly failed to identify.

What reflected in these decisions was not only the FFI’s failure to tell the best from the mediocre, but also to understand how the Academy works.

With debut director Chaitanya Tamhane’s Court, a scathing deconstruction of the Indian judicial system, the Academy (read Hollywood) can finally see the best that Indian cinema has to offer.

Going by the films favoured in the past by the Academy, the FFI-headed by Amol Palekar seems to have made a near-perfect choice for two reasons. One, it is the best reviewed film in the western media in many years; the New York Times wrote, “The wheels of justice grind slowly and mercilessly in “Court,” Tamhane’s quiet, devastating critique of the antiquated Indian legal system”. It has won prizes at 18 international film festivals including the Venice International Film Festival.

Second, it has the weight to compete with the best entries from world cinema. The film speaks an audaciously original language and explores a subject that is typically Indian.

Given its subversive stance, its win at the National Awards, 2015 during the borderline repressive BJP government, was a surprise. Now, with its selection as India’s Oscar entry, Indian cine-goers will have more reason than usual to look forward to mid-December when the shortlist for the Best Foreign language film category will be announced. 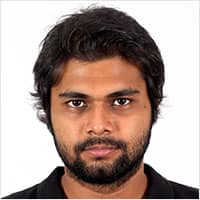