Set against the backdrop of a media house, it’s a love story of two individuals with contradicting principles. 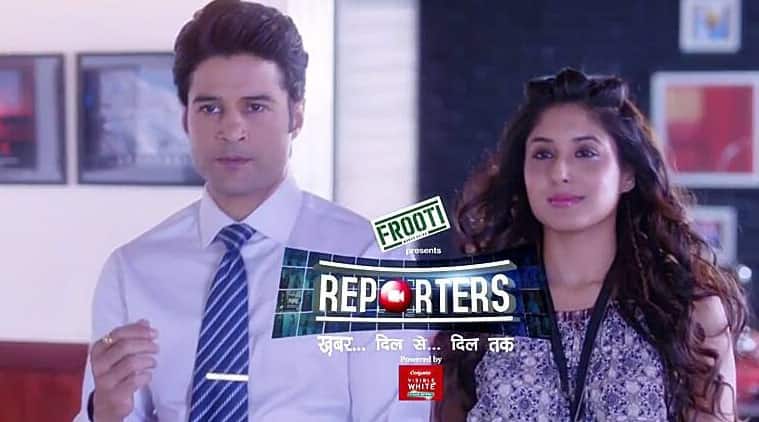 Set against the backdrop of a media house, it’s a love story of two individuals with contradicting principles.

After watching Sony TV’s latest drama Reporters, the only thought that comes to mind is: Where in the world do newsrooms like this exist? Where do reporters get told off for locking lips with a colleague on prime time television, get slapped and turn it around into a public service message — ‘this is how a girl should react to harassment.’ Where do scribes take off with a cameraman to investigate any piece of information without consulting the senior editor?

The makers of the show have clearly not given any importance to research. Srishti Arya and Goldie Behl’s Reporters is all rattling bones with no flesh to sink one’s teeth into. The show fails to recreate the vibrancy of the newsroom and the pace of chasing a story. The buzz and energy that add to the life of a newsroom — the fiery debates and discussions, the pressure of breaking news, and grabbing TRPs — are missing.

Set against the backdrop of a media house, it’s a love story of two individuals with contradicting principles. There is the ambitious know-it-all reporter Kabir Sharma (Rajeev Khandelwal) and the novice with a schoolgirl crush on him, Ananya (Kritika Kamra). Given that laws of attraction are central to any Hindi drama, Behl could’ve done so much with this ‘newsy’ theme, especially when our news channels are thriving with ready made characters and events. But so far we have only been treated to frequent visits to the media house’s make-up room and a journalist-politician nexus.

Reporters could’ve been India’s answer to Aaron Sorkin’s high voltage series, The Newsroom. It could have cut across the cliches to provide a more solid sub text. Instead we get filmi dialogues from Kabir like “khabrein ek nasha hai”, and “Sachai, achhai aur kamyabi, kabhi saath nahi chal sakte.” One does feel a little cheated when Kabir denounces the world of print journalism and shifts his focus to television, where the “power” is. Reporters “khabar… dil se dil tak” is sadly, a little be-khabar.