With his latest release Rahasya, filmmaker Manish Gupta continues to be fascinated by realistic cinema 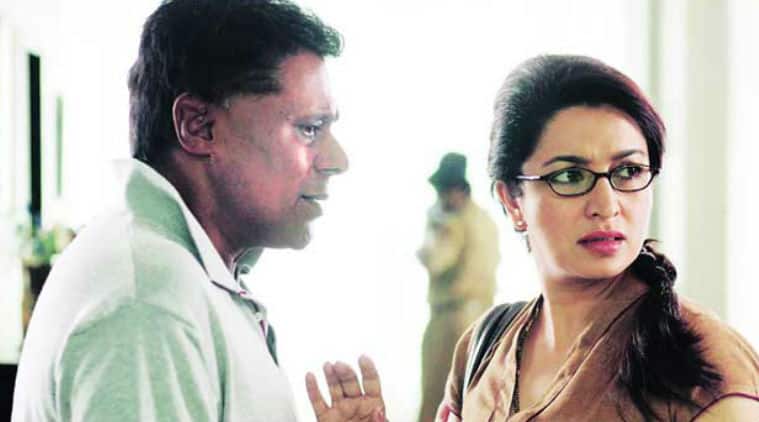 On the outset, ‘Rahasya’ tells the story of the murder of an 18-year-old teenager (played by newcomer Sakshi Sem) in her Mumbai apartment.

Manish Gupta has a habit of toeing the fine line between controversy and clean cinema. His latest project, Rahasya, was stuck in the Bombay High Court for close to a year. Earlier this week, the filmmaker received the green signal from the court. “It’s not long before I am described as a jinxed filmmaker,” he says nervously, over the phone. “I am bewildered by the legal tangle I found myself in with this film,” adds Gupta, sounding anxious about the project.

The film, which released in cinemas today, was accused of having similarities with the facts in the murder trial of teenager Aarushi Talwar and her domestic help Hemraj. In February 2014, a petition was filed by Talwars’ (Nupur and Rajesh Talwar) legal counsel, which objected to the release of the film on suspicion that it bore resemblance to the murder of their daughter and the ensuing trial. “We held a screening for the Talwars and their legal counsel to clarify that it had nothing to do with their daughter’s story. But they were not convinced,” says Gupta, whose film was initially set for a March 2014 release.

On the outset, the film tells the story of the murder of an 18-year-old teenager (played by newcomer Sakshi Sem) in her Mumbai apartment. Seven suspects, including the father, are being investigated by the police for the crime. Reprising the role of the tough cop is Kay Kay Menon, who is the lead investigator in this case. The other cast comprises Ashish Vidyarthi, Tisca Chopra and Mita Vashist.

“I wanted to make a ‘whodunnit’ kind of story where the needle of suspicion swings from one person to another,” adds Gupta, a fan of the works of Agatha Christie, filmmakers Christopher Nolan, Stanley Kubrick and Ridley Scott. Gupta finds no merit in the petition filed by the Talwars. “Any given film can be compared to a case somewhere in the world,” he adds.

Gupta has a penchant for picking up subjects with a realistic and gritty element. His previous project, Hostel, in 2011, was based on the ragging cases in higher education institutes; in 2009, The Stoneman Murders, retold the story of the killings that terrorised Bombay during 1983. This is Gupta’s fourth film, and entirely fictional. “We could only promote the film a fortnight before the HC verdict. The litigation has destroyed the prospects of this film.”