Decoding SS Rajamouli’s success ahead of RRR: A director who sells more tickets than superstars

SS Rajamouli has captured a unique space in Indian cinema. It's a rarity to find a director who sells more tickets than the leading stars of a movie. And in that respect, he has monopolized that space. 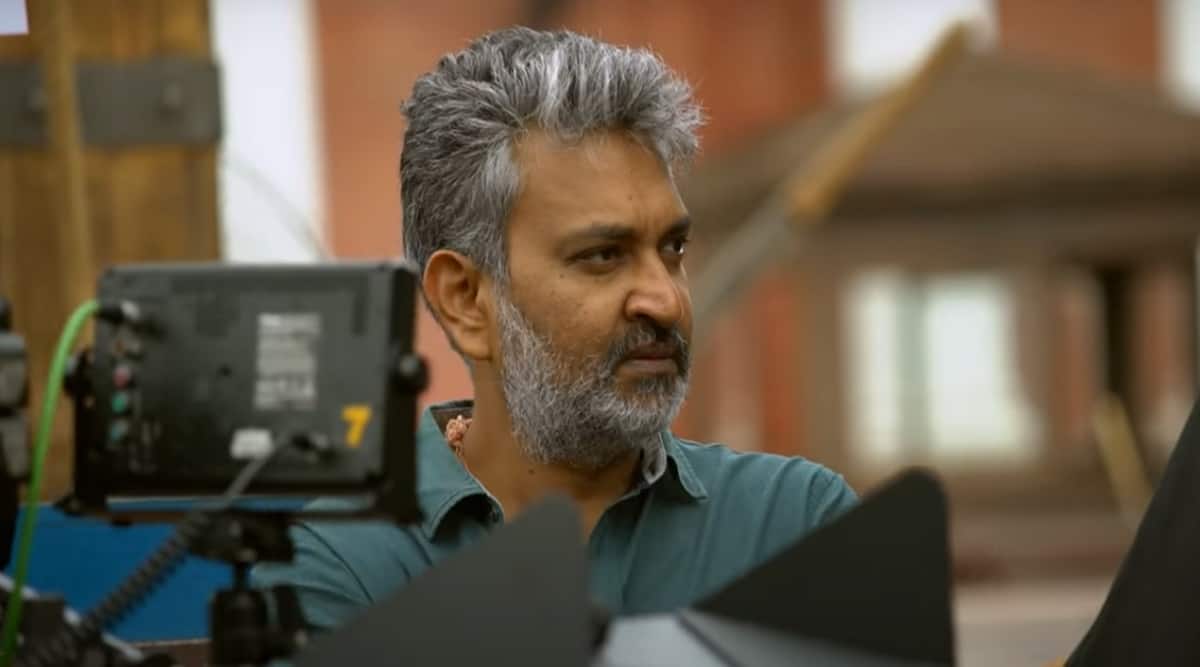 RRR is helmed by SS Rajamouli.

Director SS Rajamouli’s name has become synonymous with box office juggernauts. His market value has multiplied 10X with every film since his debut with Student No 1 in 2001. People who watch the entertainment industry closely still marvel at the way he forged a connect with people across a country as diverse as India. “How do you do that? How do you connect with so many people across the country?,” asked Bollywood star Aamir Khan with a childlike curiosity and sincerity during the promotion of RRR in Delhi.

“I learned from Lagaan,” Rajamouli said, ” (that) if I make my story based on basic human emotions, I have a chance to connect with more people.”

If you are aware of Rajamouli’s filmography, then you know it was an honest response from the maker of Baahubali. Rajamouli didn’t say that just to flatter the Bollywood superstar, who was attending the event as the chief guest.

Rajamouli bases his movies on a handful of primal human emotions. Take, for example, his first feature film, Student No 1, which was also the first major hit in Jr NTR’s career. It was about a son who wants to make his father proud at any cost. His second movie Simhadri, with NTR in the lead again, was also about the hero who wants to make a father figure proud. ‘What would papa say?’ is an all-pervasive trope that dictates most of the life choices during our formative years. And that also remains a dominant emotion in almost, if not in all, of our Indian movies to date.

All of Rajamouli’s movies unapologetically capitalize on society’s conservative image of a heroic man. And one of the major tropes that his movies rely on is a hero’s sworn duty as a protector of women’s honour. It was Aditya’s (NTR) efforts to save a girl from a rapist that landed him in jail in Student No I. In Chatrapathi, the first time we see Sivaji (Prabhas) showing a sign of revolt against his oppressor is when the latter passes lewd comments about his friend’s sister. We see Sivaji’s righteous rage fill up his eyes. His fist is clenched and his triceps swells as he shows readiness to strike.

Rajamouli’s heroes take their conventional responsibilities as men very seriously. And that’s one of the reasons why his movies strike a chord with the masses. When it comes to certain archetypes, Rajamouli doesn’t show a willingness to experiment. And the demonstration of the brute force of masculinity is non-negotiable in his movies. Baahubali’s Avantika, for instance. Even though she is a trained warrior and battle-ready, Baahubali asks her to stay back at home and let him (read men) go to work. He takes the mission of saving Devsena off Avantika’s hands. And off he goes to Mahishmati.

Rajamouli’s imagination is limitless but his methods strictly adhere to the pattern established by mainstream commercial movies. And unlike most masala movies, he doesn’t mindlessly move his narration from one point to another. He turns the confines to his advantage and infuses each scene with a lot of energy. He sticks to the routine but adds something a little extra in each scene for the audience to hold on to. The high point of his narrative style is always the interval scene; he goes all in to rev up emotions. At this point in the movie, no matter how much you despise violence, you are secretly rooting for the hero to hit the villain. And Rajamouli knows that. He knows that the frustration over the hero’s inaction and the villain’s atrocity has built up significantly in our heads, and we would appreciate a moment that helps us to ease our blood pressure. And he delivers and how.

Rajamouli is also unapologetic in his vision. When he does something, he makes sure he achieves the best possible version of the idea, even if it looks silly in the hindsight. In Chatrapathi, he shows Prabhas fighting a shark with his hands tied. The animation looks crude, and the shark’s facial expressions are cartoonish. But, the scene surprisingly works. And all because of Rajamouli’s conviction and his firm belief in himself. He knows that he doesn’t have to explain it to critics. He’s only answerable to his producers (when the film doesn’t make enough money, which hasn’t happened yet) and God.

Ram Charan, from left, SS Rajamouli, and Jr NTR in the pre-release event of RRR movie in Chennai. (Photo: RRRMovie/Twitter)

That kind of iron-clad conviction is what led him to make a movie like Eega. Not every day a director could wake up with the idea of turning a housefly into a superhero. Rajamouli made that idea work by simply sticking to the basics. Eega is about a man, reborn as a fly, trying to protect the girl he loves from an evil man. Rajamouli doubled down on his attempts at setting familiar stories on a fantasy plane.

The success of Eega was followed by Baahubali: The Beginning. It has all the masala elements that he had perfected over 15 years: rivalry between step-brothers, need to be subject of mother’s unconditional love, fighting battles in honour of the loved ones, protecting women’s dignity, and of course, making one’s father feel proud, even if he has passed into heaven.

Rajamouli has captured a unique space in Indian cinema. It’s a rarity to find a director who sells more tickets than the leading stars of a movie. And in that respect, he has monopolized that space. Take, for example, Prabhas’ last two movies — Saaho and Radhe Shyam. Even though these movies had a huge opening, they were nowhere close to the earth-shattering debut of Baahubali: The Conclusion. The 2017 movie opened to the excess of Rs 100 crore at the worldwide box office, which was a first for Indian cinema.

And don’t be surprised if Rajamouli’s RRR repeats the feat.

‘Rishi Kapoor insisted on a close-up, didn’t know it would be his last scene’: Sharmaji Namkeen director