Here, Rajiv Menon is dealing with an extremely tricky subject, but has pulled it off remarkably well. Sarvam Thaala Mayam also looks like a dedication to the limitless forms of percussion in India and a vivid expression of unity in diversity.

GV Prakash in a still from Sarvam Thaala Mayam

In the recent past, there has been a lot of noise on the alleged casteist-classist exclusivity of Carnatic music that has long since been converted into an urban, left-liberal rant. The narrative, that did have some merit in its original form, now looks like an aimless plot incapable of taking itself forward. The resultant polemic has been so laboured that it reached nowhere near catalysing a change.

A new Tamil movie titled Sarvam Taala Mayam by ace cinematographer-director Rajiv Menon makes a similar political point, but in a remarkably empowering and transformative way. In his movie, he does acknowledge the class-caste barriers to Carnatic music, but contextualises them in such a way that one realises that the answer to the problem really lies within oneself. True to the contemporary global narrative of converting victimhood to survival and success, he narrates an emancipating underdog-story in which Carnatic music is more of a liberator than a subjugator.

Overall, it’s not just about a classical art form or how it’s practised by some, but about people who love art and their untiring quest for excellence. Moreover, it’s also about the triumph of music and the myriad forms that it takes up in nature.

Here, Rajiv Menon is dealing with an extremely tricky subject, but has pulled it off remarkably well.

Despite some sparkling exceptions, it’s really true that both Carnatic music and its ecosystem are almost entirely dominated by Brahmins and it’s not easy for a non-Brahmin to break in. The most repeated reason is that both avenues of learning and performance are controlled by Brahmins and they don’t let others get close.

But the reality is more complex. It’s an art form that requires innate talent, several years of embodied learning and rigorous practice, including that of the mind given the mathematical and ‘manodharma’ aspects, but gives no guarantee of a career. For such a lifelong investment, the market is so small and the returns are meagre, except for a handful of people. Therefore, in most cases, it’s sustained only in settings where it’s part of a ritualistic lifestyle. And that mainly makes Carnatic music endogamous. Certainly, that’s not the only reason for the alleged Brahminism, there are indeed people who are casteist, classist and patently nasty.

In Sarvam Thaala Mayam, one does get a glimpse of this cultural endogamy and protectionism, but Rajiv Menon goes beyond the problem statement and shows that this barrier can indeed be broken.

The story is about a Dalit-Christian boy who accidentally finds his calling in Carnatic music, but is being rebuffed by the class-caste fence around a mridangam maestro from whom he wants to learn. And the outer perimeter of the ecosystem, including a certain snobbish “Academy”, makes it even more difficult for people like him.

Sarvam Thaala Mayam has been directed by Rajiv Menon

There are deeper layers to the story: the boy’s father is a mridangam-maker whose caste and class would never allow him to play the instrument. He is a master-craftsman whose art has been usurped by the Brahmin as a matter of right. He doesn’t even make a feeble attempt to resist and is languishing in low self-esteem and poverty while the master takes home all the laurels. He tries to convince his son that it’s the only way of life available to them and there’s absolutely no alternative.

But the boy, clearly from the present generation, doesn’t give up because he now loves the mridangam more than his life, worships the maestro like his god and doesn’t care of his caste or class. He is an accidental rebel but doesn’t negate the merits of the traditions that his master adheres to. He realises that it’s not as superficially ritualistic as it appears, but is part of the overall package of discipline, rigour and commitment. He soon embodies it and the barriers break at once. Of course, there are cinematic twists and turns that keep the viewer anxious, engaged and excited till a tearful, but happy climax.

Unlike the simplistic narrative on the issue that one hears or reads in English media, Rajiv Menon takes an intelligent and nuanced approach. The mridangam maestro does have all the apparent attributes of an arrogant and exclusivist Brahmin Carnatic musician, but deep within he respects talent and hard work. Of course, outsiders like the boy in the movie may have to work extra hard to break in and get noticed, but it’s indeed possible. The point is that despite all the obstacles, talent and quest for excellence will finally pay off. As the music composer of the movie A R Rahman said in an interview around the release of the movie, such obstacles do exist, but what are you doing yourself to overcome them? Break them. Once you are successful, all the barriers will disappear. There are many examples around us.

The alluring quality of Sarvam Thaala Mayam is its multiple layers and how Rajiv Menon ties it up together as an elevating entertainer. It’s carefully written and movingly picturised – it’s replete with sequences and moments that show how skilful Rajiv Menon as a filmmaker is. The reality-show that he features in the movie as a thrilling element not only makes it engaging, but also deftly places carnatic music within the realm of popular music and a wider cultural context. In the end, the mridangam becomes only a symbol of expression and what makes the music it produces exquisite are the untiring exploration of art one undertakes, its varied expressions in diverse cultures and nature, and one’s own depth of life experiences.

The movie also looks like a dedication to the limitless forms of percussion in India and a vivid expression of unity in diversity. Whether it was intended or not, the way Sadanam Vasudevan, the great Chenda virtuoso beckons the boy to his classroom in a scene is a pointer to the possibility of class and caste free classical music. Society needs to be class and caste-free first. 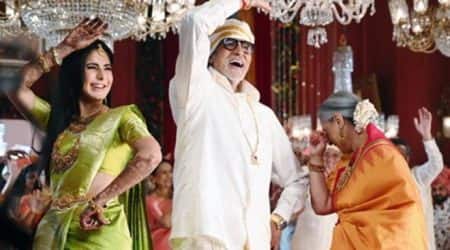