Why Gulabo Sitabo, the first big Bollywood movie to premiere online, could be a game-changer

Given the present circumstances, I’d say the move is a no-brainer: the 'opening’ (bye bye 'dropping’, that clunky word) of Amitabh Bachchan and Ayushmann Khurrana starrer Gulabo Sitabo is poised to be a game-changer. 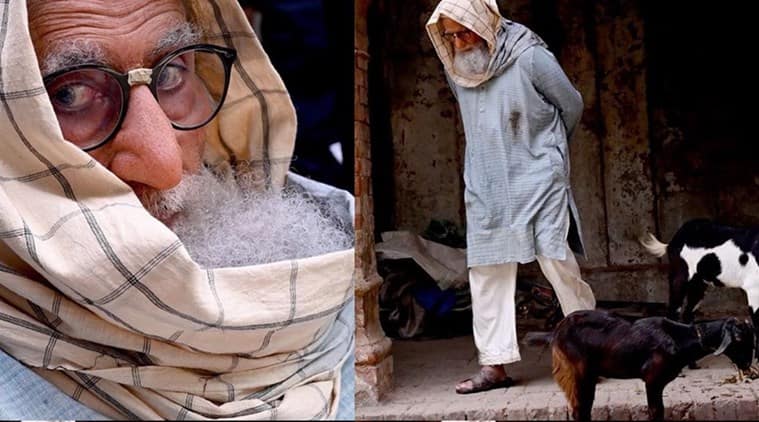 With the announcement this morning, that Shoojit Sircar’s new film Gulabo Sitabo, starring Amitabh Bachchan and Ayushmann Khurrana, is releasing on Amazon Prime Video next month, we are in for a truly brave new Bollywood world.

Among the innumerable things that the ongoing global pandemic has changed, not being able to gather in large numbers has impacted a whole host of enterprises and activities. Anywhere there are people, there is contagion: movie halls were the first to shut down, and will most likely remain off-limits for the foreseeable future, as we ricochet from one stage of lockdown to another.

What of the movie industries around the world? While we are struggling to find new ways of doing the things we used to take for granted, the shift towards making films and shows available for home viewing, has seen an incremental rise. The biggest gainers have been, understandably, the streaming platforms. The Irishman is streaming on Netflix. (Photo: Netflix)

Hollywood’s embrace of Netflix had already resulted in some spectacular movies: Martin Scorsese’s The Irishman wouldn’t have seen the light of day if it hadn’t been for the funding the director received from Netflix. Yes, Scorsese couldn’t gather the money he wanted for his mob epic: the studios loved the idea, but no cash followed.

In India, it’s the ‘original’ web series that have fared better than the movies, which have been, for the most part, shockingly substandard. The web series is a relatively new format, and we are seeing some shifts in both content and style, a work in progress.

It was just a matter of time that Big Bollywood, hurting from not being able to release its slate of completed films on time, turned its eyes towards the streaming platforms. In March itself, big tentpoles like Sooryavanshi and 83 lost their marquee space, and the lucrative summer holiday months are now gone as well.

The big-budget, starry vehicles, like, say, a Sooryavanshi, may still not go the OTT route. For those, a big screen may still be the only option. And what will be the impact of this move on the traditional ways of making and distributing and exhibiting movies? How will the ancillary tributaries connected to the core of movie production fare? What are the long-term financial implications?

Perhaps the film industries around the world are grappling with these questions, even as we speak. How it will all pan out, no one quite knows. Perhaps the movie halls will be full again once we know our way past this virus. Meanwhile, though, there is the possibility of watching full-fledged movies again.

Bachchan and Khurrana, both A-listers, both who changed how we looked at the ‘hero’ in Bollywood, available on a platform we have access to? Real movies, as opposed to pretenders? Yes, yes. That’s the way we like it. True, it’s not the same as watching a film in the velvety dark of a theater. But, given the present circumstances, I’d say the move is a no-brainer: the ‘opening’ (bye bye ‘dropping’, that clunky word) of Gulabo Sitabo is poised to be a game-changer.