When Lata Mangeshkar addressed rumours of rift with Asha Bhosle: There were things in her youth I didn’t approve of

On Asha Bhosle's birthday, Lata Mangeshkar talks about their relationship, and dismisses all rumours of rivalry between the two sisters. 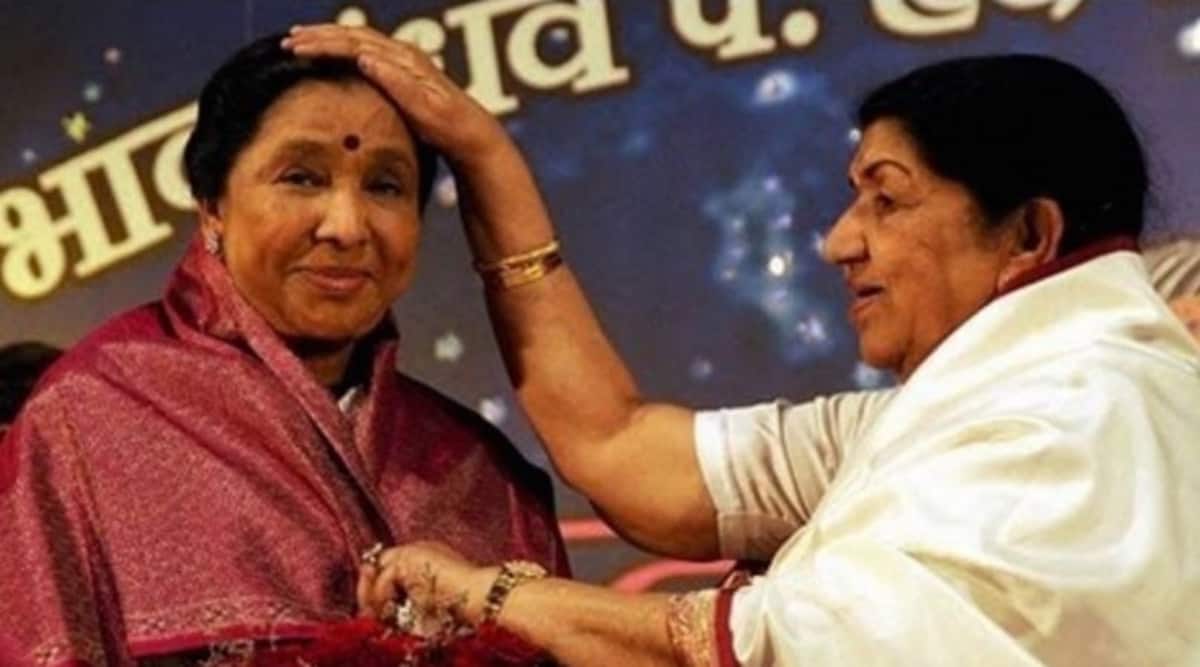 Singer Lata Mangeshkar dismisses any speculation of rivalry between her and Asha Bhosle, says that they just had normal ‘sibling’ differences’. She also mentioned that she doesn’t agree with a lot of decisions Asha Bhosle made in her youth, and advised her against many things, but the two sisters are close now.

In an old interview, Lata opened up about her relationship with Asha Bhosle, who turns 88 today.  “Asha and I are close. We don’t meet that frequently these days because she lives far away with her son Anand. Earlier she lived right next to me and we even shared a door between our two apartments in Prabhu Kunj (the residential complex on Peddar Road, Mumbai). I know people find it hard to believe. But that’s the way it is. Of course we’ve had our differences in the past. Which siblings don’t have differences? There were things she did in her youth that I couldn’t approve of.”

When prodded further whether one of the decisions was getting married too early, Lata Mangeshkar added, “Yes. I knew it was too early. I could feel it would end in disaster. And it did. But it was her life and she was free to do what she liked with it. In our family we never question one another’s decisions.”

Regarding rumours of professional rivalry, Mangeshkar said that Bhosle had ‘evolved’ differently from her. “There never was any professional rivalry between us. She evolved a completely different style of singing from me. What she could do, I couldn’t do. Even with Pancham(R D Burman, married to Asha Bhosle from 1980 to 1994 ) the songs that I sang for him were very distinct from what Asha sang for Pancham. I sang Na koi umang hai for Pancham in Kati Patang. I could never do Mera naam hai shabnam in the same film. It had to be Asha. Our individual areas of singing were clearly marked out.”

Lata Mangeshkar says that she doesn’t know where the rumours of their rift began, as Asha Bhosle has always looked up to her as an elder sister. “I don’t know where that started! There was some picture of the two of us recording a song while looking in opposite directions. This was taken to mean that we couldn’t see eye-to-eye. Nothing could be further from the truth. Asha and I really enjoyed singing together whenever we got the chance. There is absolutely no rivalry between us. I’ve always wished her well. And she has always looked up to me as her elder sister.”

Awaiting evacuation from Afghanistan, hundreds plead for action: ‘We are in some kind of jail’