Kishore Kumar continues to live on even 34 years after his death, in ageless songs and stories about him, that are cherished even today. 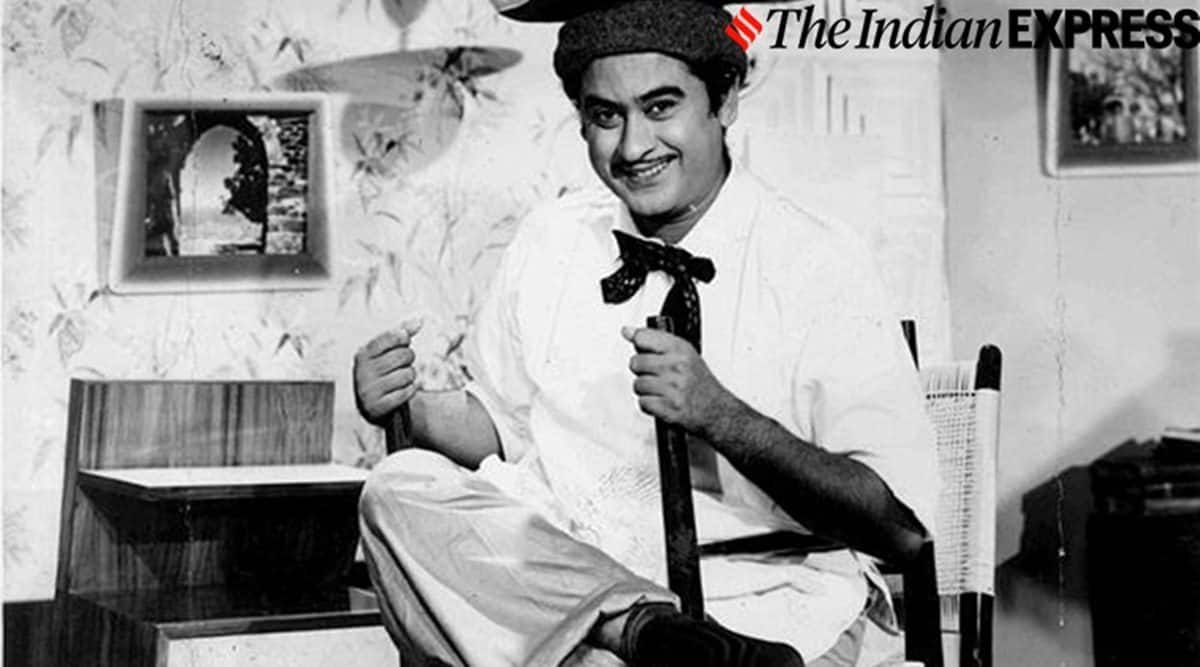 It is hard to put Kishore Kumar in a box — he was the singer with a mellifluous voice that breathed life into songs, the actor who brought his personality to his performances, the quirky eccentric with tales that sound stranger than fiction, or his four marriages that were the subject of tabloids for ages. On Kishore Kumar’s birth anniversary today, there’s much to talk about the multi-hyphenate, the ‘loner’ as he was often called by his loved ones. Not just a singer, he was also a lyricist, actor, scriptwriter, producer and director. He continues to live on even 34 years after his death, in ageless songs and stories about him, that are cherished even today.

Ironically, Kishore Kumar’s voice as a child was very shrill and his family used to cover their ears if he tried singing. In an old interview, his older brother Ashok Kumar recalled the turning point after Kishore Kumar turned 10 years old. “As a child, Kishore’s voice was shrill. At the age of ten, came a turning point. Once, when his mother was chopping vegetables, he rushed into the kitchen and hurt his foot. Kishore suffered immensely and would cry the whole day and night for a month. It was a blessing in disguise as the constant crying metamorphosed his shrill voice and it became melodious.”

When he was still a child, Ashok forayed into acting and became a big star in the Bombay film industry. Young Kishore Kumar accompanied his brother and made his acting debut in the film Shikari (1946) and his singing debut in 1948’s Ziddi. It is said that while Ashok Kumar wanted Kishore to be an actor like him, the latter was keen on a singing career. Kishore Kumar acted in 22 films between 1946 and 1955, out of which 16 were flops. It was said that devised ways to upset his directors and producers. His heart was in singing and was advised by RD Burman to develop his own style. Motivated by RD, Kishore Kumar picked the yodelling skills from American singer Jimmie Rodgers and Tex Morton, and crafted his own style.

Music was in Kishore Kumar’s soul, and even strict teachers in college could not discourage him. Apart from being known as a prankster in his college, there are stories about how he would use the bench in his classroom as a tabla. Once, his annoyed civics teacher told him to stop the antics. He answered that music was the way he intended to earn his living. One of the most intriguing part about his college days was his debt to the cafeteria owner resulted in one of his most famous songs. According to Swaroop Vajpayee, who taught history in the college, Kishore was famous as a prankster.

“Kishore studied here from 1946 to 48 and then went to Mumbai but he failed to pay five rupees and 12 paise that he owed to the canteen owner,” Vajpayee said. This debt inspired his song Panch Rupaiya Barah Anna in the film Chalti Ka Naam Gadi, that starred his brothers Ashok Kumar, Anup Kumar and future wife Madhubala.

Perhaps it’s these stories that immortalize Kishore Kumar, who later became known for his legendary eccentricities. He put up a sign board outside his flat, which read ‘Beware Of Kishore’. When director Rahul Rawail’s father HS Rawail, also a well-known producer-director, visited him to pay Kishore the money he owed the singer, Kishore took the money and when the latter wanted to shake hands, the singer promptly put Rawail’s hand in his mouth. A rather stumped Rawail asked what he was doing, he replied: “Didn’t you see the sign?”

Yet, while he was said to be very particular about his fees, he refused to accept any remuneration from Satyajit Ray after recording a song for his film Charulata. When Ray asked him his fees, he just touched his feet and didn’t accept any fees. When Ray ran into financial trouble during the making of Pather Panchali and even considering dropping the project altogether, Kishore Kumar helped him out with Rs 5,000 and brought him back on track. But when it came to others, Kishore Kumar is said to have walked on set with his makeup half done, saying, “Aadha paisa toh aadha makeup.”

Throughout his career, Kishore Kumar sang most number of songs for Rajesh Khanna and Jeetendra, followed by Dev Anand and Amitabh Bachchan.

In fact, Kishore Kumar developed a great partnership with Amitabh Bachchan. For the iconic song ‘Khaike Paan Banaraswala’, Kishore Kumar actually chewed on Banarasi paan and spat it on the floor to get the feeling in his song. Owing to the number of songs he sang for Rajesh Khanna, he captured the actor’s mannerisms and way of speaking. Rajesh Khanna once said, “We were two people, with one voice.”