U2 performed in India on Sunday.

U2’s first-ever concert in India was held on Sunday at Navi Mumbai’s DY Patil Sports Stadium. It was part of the Irish rock band’s The Joshua Tree worldwide tour.

The band members — Bono, Edge, Adam Clayton and Larry Mullen Jr — landed in Mumbai on Thursday evening for the concert.

U2 has numerous fans in India. A retired IPS officer Partha Bhattacharya told The Indian Express earlier, “To see Bono perform live, and to watch The Edge do his magic on the guitar, and the overall U2 show tomorrow – it’s going to be magical. I first heard them way back in 1988-89. Those were the days of audio cassettes, and bad sound. But the album, The Joshua Tree (1987), made a very strong impression on my mind and I really liked it. Since then, I’ve heard the band grow over the years… At this age and after so many years, when I heard they were coming to Mumbai, I thought why not? I’m looking forward to it.”

Follow all the latest updates about the U2 concert in Mumbai.

#U2 performed in India for the first time on Sunday.

A post shared by Indian Express Entertainment (@indian_express_entertainment) on Dec 15, 2019 at 9:45am PST

Fans are happy about U2 concert

Bloody brilliant performance from #U2 tonight. Waited all my life to see them and it was totally worth it. Mumbai, India and I thank you.

A wish, seemingly out of reach for the longest time, comes true. Just experienced #U2 , the greatest living rock band in the world, whose music always felt like the soundtrack to my life, perform live in my hometown of #Mumbai. A Beautiful Day indeed. pic.twitter.com/8rVB8ZXvwu

AR Rahman performs with U2

Noel Gallagher performs at U2 concert

PHOTOS: Inside U2 concert 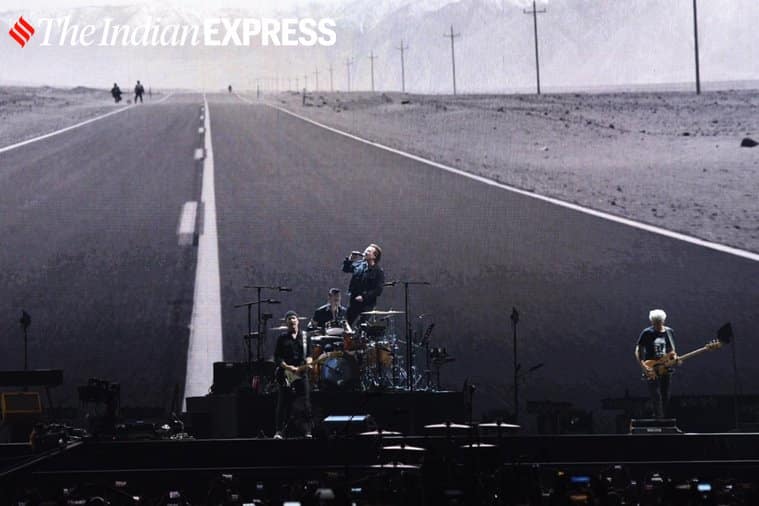 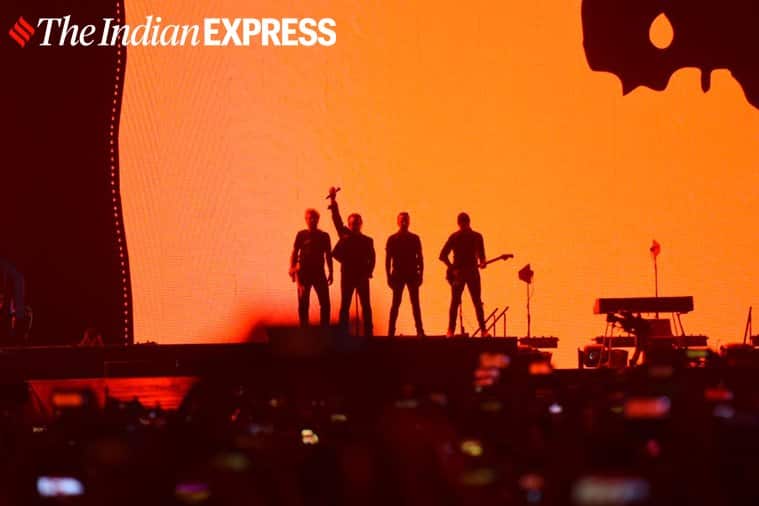 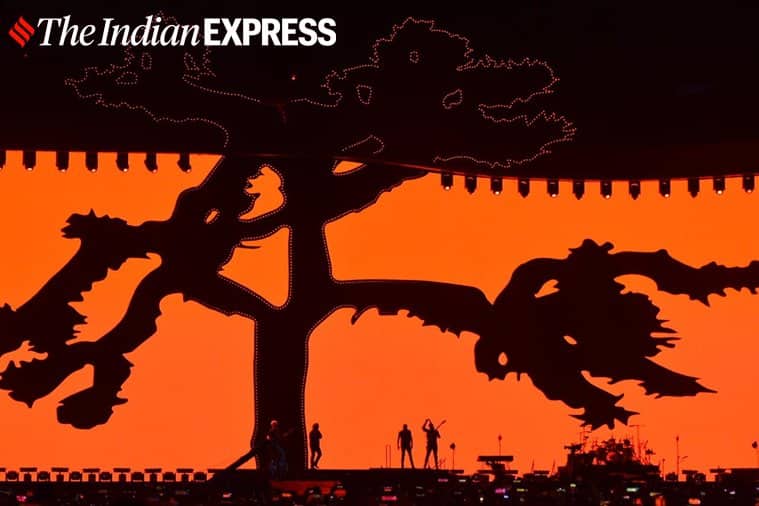 WATCH: Inside U2 concert

The first Shine Like Stars snippet of the tour in With Or Without You! Better late than never! #TheJoshuaTreeTour2019 #U2Mumbai pic.twitter.com/FV902FF46Q

Despite not having a steady audio stream to keep up with the show in real time this seems to be a very good gig overall with special snippets and a very participative audience. We're more or less 60% underway and we can't wait to hear it all! #U2Mumbai #TheJoshuaTreeTour2019 pic.twitter.com/u4R6f89hGE

The last show of #TheJoshuaTree2019 has started in #U2Mumbai. Reception and coverage inside the stadium are really BAD (no pun intended) so we have virtually zero information on how the show is going. What a bizarre way to end a world tour 😅 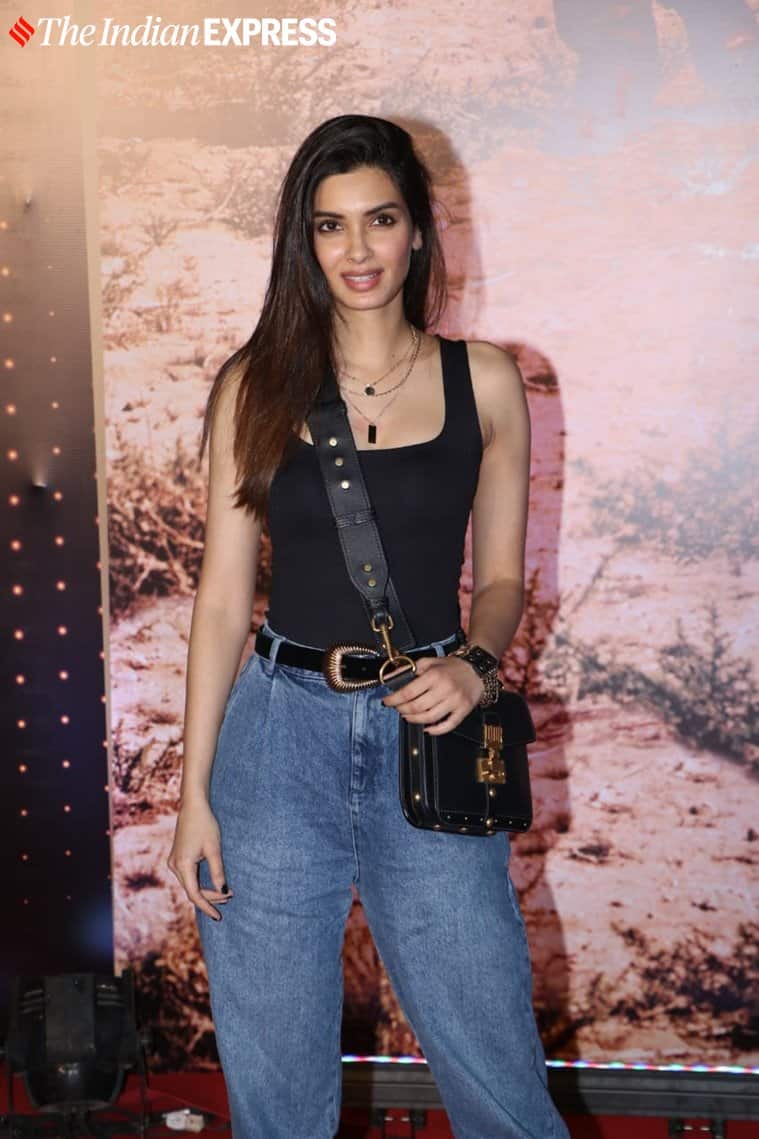 Diana Penty arrives for U2 concert in Navi Mumbai. (Photo by Varinder Chawla) Hrithik Roshan and ex-wife Sussanne Khan arrive for U2 concert. They were accompanied by Kunal Kapoor. (Photo: Varinder Chawla)

U2 is ready for the concert DeepVeer in the house! I can't believe I am going to watch U2 live today: Ranveer Singh

Collaborating with Indian Railways, U2 concert organisers BookMyShow launched a local train service for a hassle-free trip to the concert. Moreover, apart from providing private buses and cabs, the organisers also gave the attendees the option of flying to the venue.

Also Read | ‘Train, bus and helicopter’: U2 organisers go all out to provide fans with transport

The payment mechanism U2 concert is a nightmare....and you can't buy anything without it...🙄. Standing in queue for 55 min now just to get the prepaid card@phonepe you guys have messed up big time.#u2

Reports of issues with the top up cards that the venue is accepting for payment instead of cash. Long lines and issues with actually charging the cards as many seem not to be activated. #TheJoshuaTree2019 #U2Mumbai #U2India

At #u2India witnessing a cashless snafu. All online topups of the payment card have failed to activate. Event sponsor is #phonepe but guess what they are not handling payments! Hey @bookmyshow why is this so hard?

@bookmyshow the least you can do is to ensure that the #RFID cards are working and activated. What a terrible experience trying to get even a glass of water at #U2India concert @bookmyshow you need to do better

Unable to attend U2’s concert? Here are their tracks you can stream online

If you couldn’t get your hands on tickets of the Joshua Tree Concert in Mumbai, here’s a playlist of U2’s ten greatest hits.

U2 formed in 1976 as Feedback. The following year, Feedback played their first gig and also changed the name to The Hype. The band did not get its current name until 1978. They released their first single "11 O'Clock Tick Tock" in May 1980. Their debut album, Boy, also came out the same year. The album, touching upon themes like passage into adulthood, received positive reviews and helped establish the band's reputation.