A music event by Pakistani singer- actor Atif Aslam, planned in Pune on April 25, has been cancelled amid opposition by Shiv Sena. 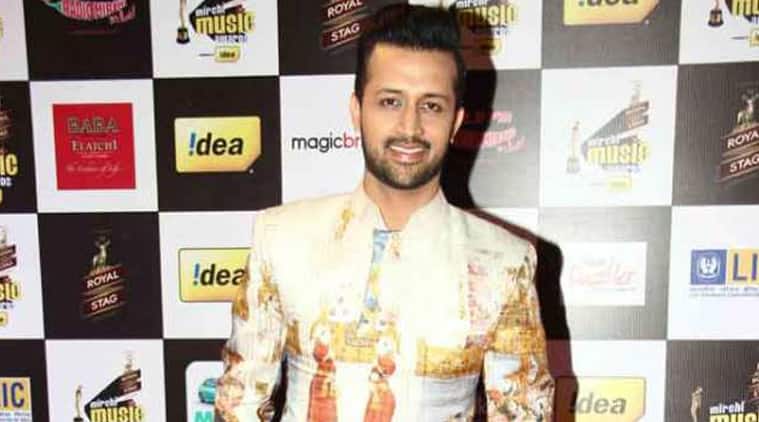 A music event by Pakistani singer- actor Atif Aslam, planned in Pune on April 25, has been cancelled amid opposition by Shiv Sena.

A music event by Pakistani singer- actor Atif Aslam, planned in Pune on April 25, has been cancelled amid opposition by Shiv Sena, which has often resisted cultural events featuring artists from the neighbouring country.

The show by Atif Aslam, who has a sizeable fan following in India, was cancelled after selling over 1,000 tickets, which the organisers said would be refunded to those who bought them.

“We cannot proceed with the show after Shiv Sena opposed it. Late Bal Thackeray has always been an inspiration for us. He used to say that patriotism is above everything else,” show organiser Sanjay Sathe told reporters in Pune last evening.

“We belong to the art world. We wanted to do this show. However, the reason for the cancellation is before you,” Sathe said.

“Over a thousand tickets for the show have been sold. People will be refunded the amount,” he said.

According to Sena sources, a former party MLA had written a letter to police expressing strong reservations about the singer from Pakistan being hosted “at a time when the neighbouring country has been indulging in ceasefire violations.”

Mahadev Babar, who was an MLA from Hadapsar, and local Sena leader Kirti Pathak wrote the letter to Pune Police Commissioner saying that “Our border is not safe anymore due to continuous firing from the Pakistani side.”

Another Sena leader and former MLA, Chandrakant Mokate, also voiced strong reservations about hosting a singer from Pakistan when there have been ceasefire violations by the country.

“We had told the Police Commissioner that we will not let this concert happen at any cost. The Commissioner took cognisance of our letter and assured that he will not grant permission for the concert,” he said.

He said the organisers of the event too were co-operative and accepted the Sena’s contention that nobody from Pakistan should be allowed to do a concert in the state.

The Shiv Sena has in the past too opposed performance of Pakistani artists in India over its ceasefire violations along the Line of Control (LoC).