Hip-hop superstar Rick Ross admits he is in love with Adele's new album 25 and he'd like to kiss her. 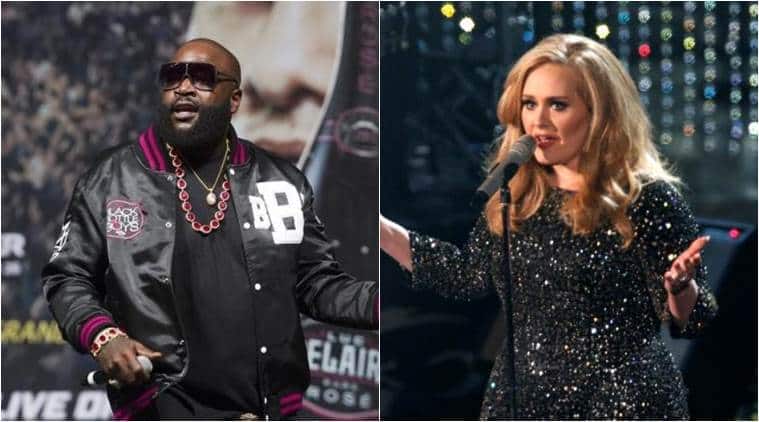 Rick Ross admits he is in love with Adele’s new album 25 and he’d like to kiss her.

Hip-hop superstar Rick Ross admits he is in love with Adele’s new album 25 and he’d like to kiss her.

“I love Adele. When I see her, I may kiss Adele.

“She speaks for so many people. When I hear her voice, I stop and make that face and say, ‘What is this man?’ I just gaze off into the sky for a second and think creatively,” he said.

And Ross, 39, is keen to hit the studio with the “Hello” singer, adding, “I’ve got a beat ready for her if I ever run across her.”

Adele recently proved her love of hip-hop after joining British comedian and TV host James Corden for a ‘carpool karaoke’ sketch on his US talk show, during which she rapped along to Nicki Minaj’s verse on Kanye West’s 2010 hit “Monster”, which also featured Ross and Jay Z.