Glastonbury Festival is planning a tribute to Prince, in addition to its confirmed plans to commemorate the late David Bowie next month. 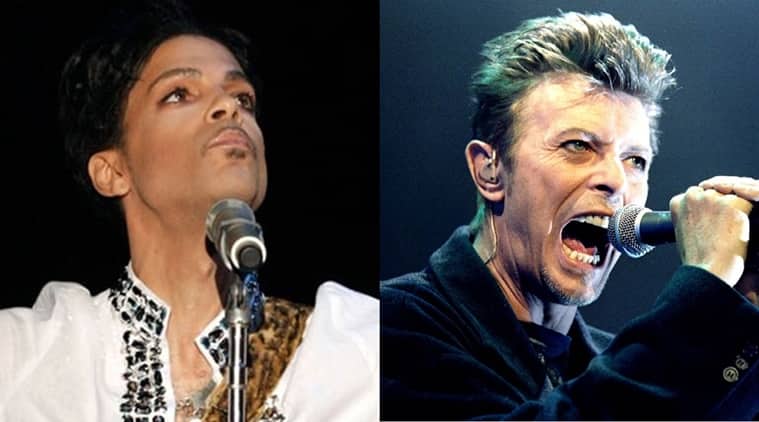 Glastonbury Festival is planning a tribute to Prince and David Bowie next month.

Glastonbury Festival is planning a tribute to Prince, in addition to its confirmed plans to commemorate the late David Bowie next month.

The festival’s organiser Emily Eavis said that a metal sculpture in the shape of a lightning bolt, inspired by the iconic cover art of Bowie’s 1973 album Aladdin Sane, will hang above performers on the Pyramid Stage, reported BBC.

Massive acts such as Adele, Coldplay and Muse are set to grace the main stage as headliners at the three day festival at Worthy Farm, Somerset, in late June.

Bowie memorably headlined the world-famous festival in 2000, performing a set packed with hits that he hadn’t played in years, such as ‘Starman’, ‘China Girl’ and ‘Life On Mars?’, to a stunned audience.

Footage from that set is due to displayed around the site, and the performance was described by Eavis as “the best festival set I’ve ever seen.”

In addition, she added, “We’re doing Philip Glass’s Heroes Symphony on the Park Stage on Saturday night, which is going to be a really intimate tribute to Bowie.”

However, she added that plans to pay a similar tribute to Prince, who passed away at the age of 57 two weeks ago onApril 21, were in progress.

Prince had never performed at Glastonbury before, but Eavis had approached him on a number of occasions only to have plans scuppered for various reasons.

Everybody judges you in film industry: Meera Chopra