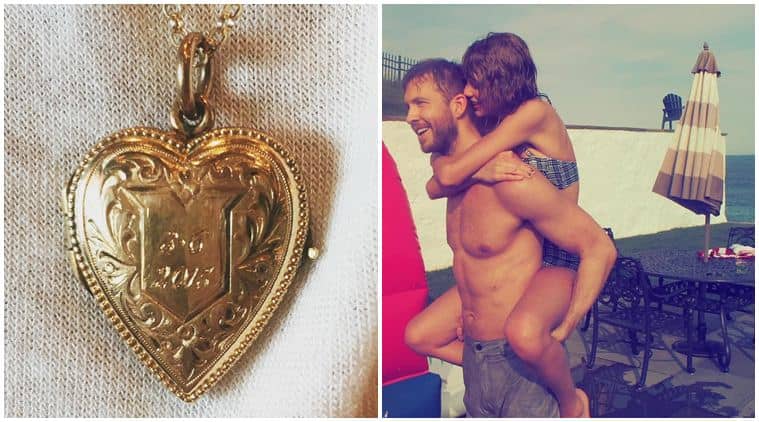 Swift, 25, singer took to Instagram to give fans a look at the locket engraved with the date “3.6 2015” on it, reported Aceshowbiz.

According to a source close to the two, Harris, 32, chose the gift himself because he wanted to give Swift something meaningful.

“He bought the locket all on his own. Calvin is not a flashy guy when it comes to gifts and he knows Taylor appreciates the small meaningful things, so he thought this would be the perfect gift,” the insider said.

Harris also gave some other surprises throughout the day, including a seemingly handmade cake covered with chocolate with the words “1 Year” on it.

“Taylor is a true hopeless romantic kind of lady and she thought Calvin really outdid himself with this gift,” the source added. “He had surprises for Taylor all throughout the day.”

Solar eclipse to darken parts of India, Indonesia on Wednesday: All you need to know