BTS’ V gives update on Jungkook to anxious ARMY, reveals Jin contacted him from military camp: ‘He is working hard…’

BTS V' showed up on Weverse Live broadcast to greet fans quickly, and gave an update on Jin and Jungkook. 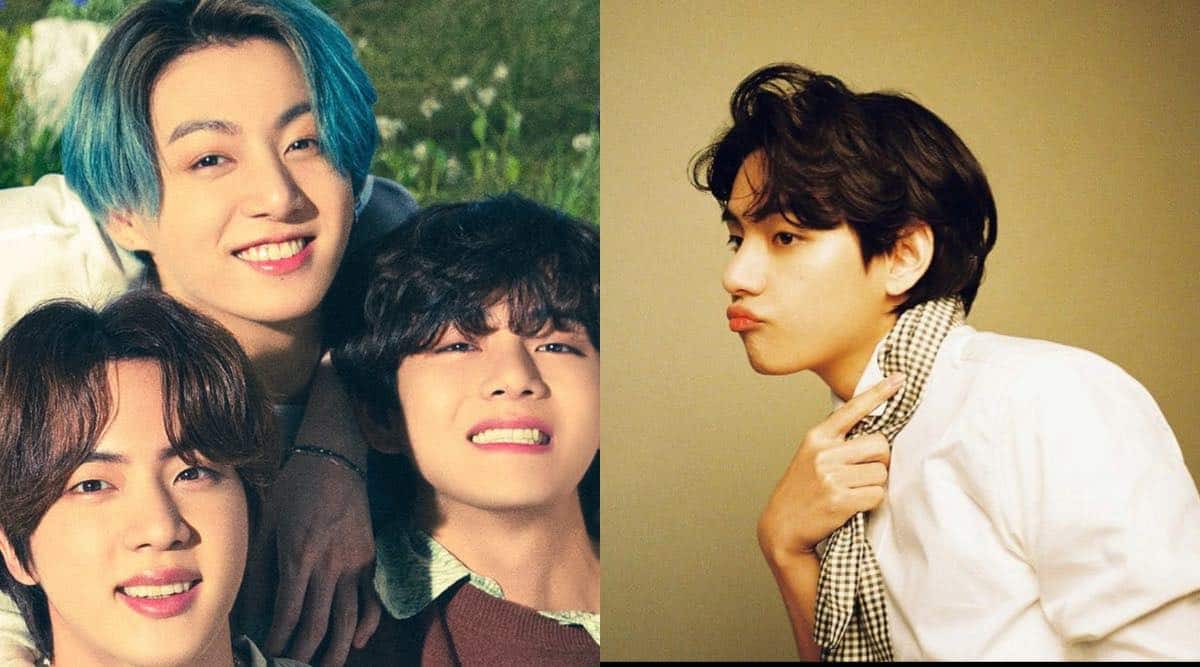 BTS’ V (born Kim Taehyung) decided to give ARMY some joy as he suddenly showed on a Weverse Live, after what seemed to be like a long break. The vocalist switched with filters several times and then wished fans a happy new year, also mentioning Jin, who had left for his mandatory military service last month. He also provided an update on Jungkook, as fans were rather worried about the prolonged silence from the vocalist.

During the course of the brief live, V revealed that Jin had contacted him and said, “Jin says he is working hard and diligently right now. He contacted me.” He also added that if Jin were here, he would have spammed his live. He then said, “I’m playing games with my friends, and Jungkook is here too.”  Fans assumed they could hear Jungkook singing in the background. V explained his own absence as he was leaving, saying, “I came since I was bored, I’ll come again later when I feel bored. I don’t really use the phone a lot these days. You guys be healthy and don’t get sick.”

🐻 bye!
🐻 I came since I was bored, I’ll come again later when I feel bored!
🐻 I don’t really use the phone a lot these days
🐻 I ordered some expensive strawberries.. I’ll now go to eat them!
🐻 You guys, be happy, be healthy.. don’t get sick!
🐻 bye 💜

Also Read |BTS’ V, and his inimitable style: How the global star and fashion icon steers through unnecessary controversy and hate

In 2021, after over two years of discussion and debate, BTS announced that they would be going ahead with their military service, beginning with Jin. While the schedules of the rest of the members are still to be announced, J-Hope and Jimin stole the show at the Paris Fashion Week, and now Suga, who was recently announced as the Valentino ambassador, is on his way as well. With regard to their music, Jimin’s solo album is expected to be out in February, and Jungkook, Suga are working hard on their solos as well. There is much speculation that RM is expected to release another album before he departs for his military service.