In the new video, Suga and RM have a discussion over drinks. In a hilarious twist, the editors attempted to hide RM's identity by placing an ice cube over his face, leaving fans in splits. 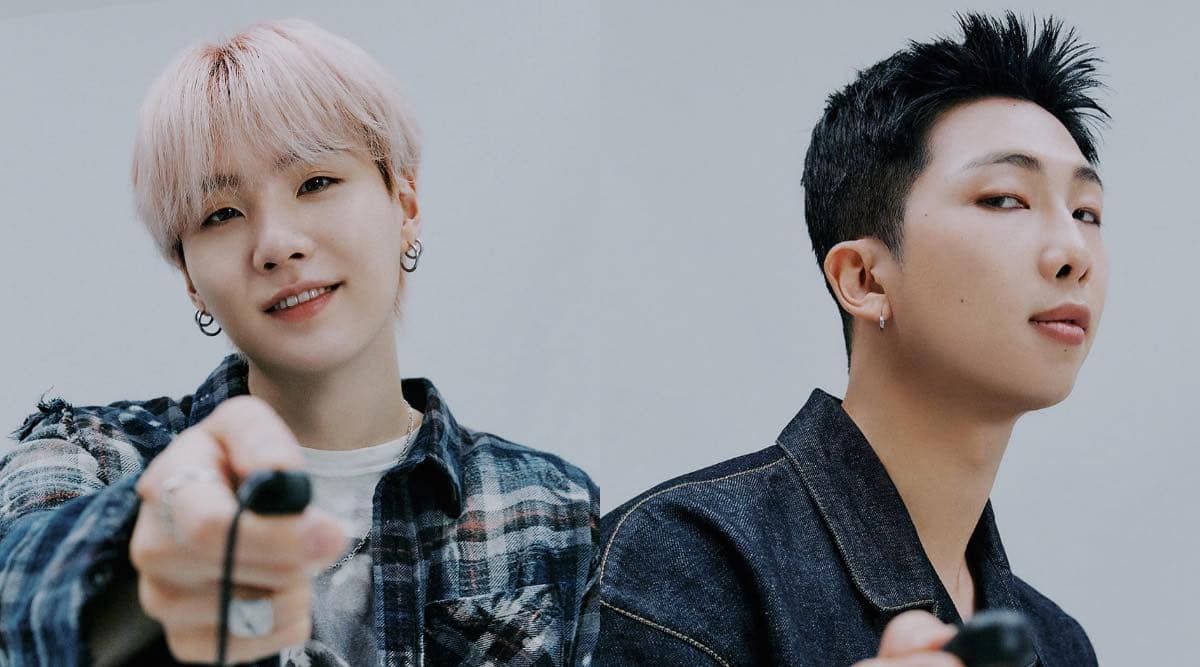 BTS’ Suga announced his new drinking show, Suchwita, where the title is inspired by his hit Daechwita. The teaser dropped on Monday evening where Suga is joined by a ‘mystery man’ but ARMY instantly recognised RM by his basic face-cut. In the new video, Suga and RM have a discussion over drinks. In a hilarious twist, the editors attempted to hide RM’s identity by placing an ice cube over his face, leaving fans in splits.

the way they tried to hide namjoons face sents me pic.twitter.com/iFy0BxcHPl

Also Read |BTS, the seven boys who revolutionised K-Pop: Their story of blood, sweat and tears

ARMY went wild with a meme-fest on Twitter. One fan wrote, “There was really no need to hide his face.” Another added, “Big Hit thinking they being mysterious ends me….” A third added, “my new favorite thing is bh trying to hide namjoon’s identity but also letting us hear his voice and see the bottom of his face like???? THAT IS THE MOST RECOGNIZABLE MAN.”

Another added, “So Yoongi will have his drinking show “Suchwita” and his 1st guest will be Namjoon who is his best friend for over 12 years… and the way hybe tried to hide joon face by only showing his dimple smile as if we are not able to recognize bts by only looking at their thumbs.”

Meanwhile, RM is ready with his solo album Indigo, which will release this week on December 2. The rapper had unveiled the track list that featured 10 songs, leading to more curiosity and excitement surrounding his album. On the other hand, Suga is expected to release his album next year as well. Their military service schedules have not been announced as yet, though they are expected to return in 2025 as a band. The eldest member Jin would enlist by December 13, and head to the military base next month.