On Armaan Malik's 26th birthday, elder brother Amaal Mallik reveals what he loves, hates and tolerates about the singer. 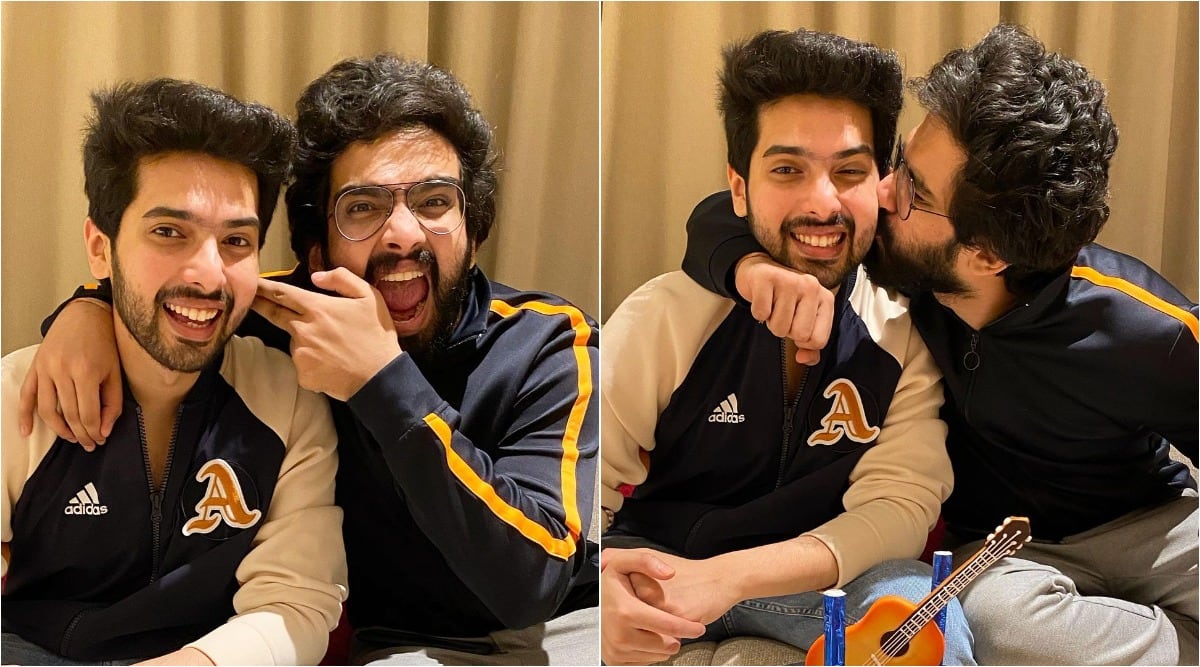 Brothers Amaal Mallik and Armaan Malik are today among the trendsetters in the world of music. They have delivered hit songs like “Chale Aana”, “Main Hoon Hero Tera”, “Bol Do Na Zara”, “Jab Tak” among others. Armaan recently also collaborated with Eric Nam and DJ Kshmr for the ‘first K-pop meets I-pop’ song “Echo“.

While professionally, they continue to back each other and tread the path to success, personally, the brothers are a riot. Just like any siblings, they too do not leave a chance to pull each other’s legs or humour fans by embarrassing each other.

On Armaan Malik‘s 26th birthday, indianexpress.com revisits the time when the brothers had candidly shared things that they love, hate and tolerate about each other.

I love Armaan for being so real and honest. He is also good at heart. Getting the adulation at such a young age has not changed him as a person, and that’s amazing.

I tolerate his bad jokes. Honestly, they are sometimes so bad that I just want to leave the house.

And I hate Armaan for being a mumma’s boy. He can easily convince mom that I am the villain during any fight.

I love Amaal for his honesty. I tolerate his laziness as eventually he manages to make the statement sound true — ‘late aata hu but great aata hu’.

I hate him for always using my things. You won’t believe, anything good that catches my eyes, I always buy two units, one medium and another in large. However, he still finds it difficult to see the tags and ends up taking my stuff.

Armaan Malik also had some secrets to share about the times when they ‘agree to disagree’. “We have released quite a lot of BTS videos, however, they are all fake. It’s censored and not explicit with all the pitais (beatings) and gaalis (abuses). He has thrown books at me when we fight. We pull each other’s hair. There have even been times when I have exited the studio saying that I am never going to sing for you,” shared Armaan, as Amaal pitched in with a laugh, “And I went ahead and locked the door from inside so that he doesn’t come back.”