Though Plane had the possibilities of being an entertaining ride, it fails to create a gripping narrative, explore the vulnerabilities of its characters or elicit strong emotional reactions. 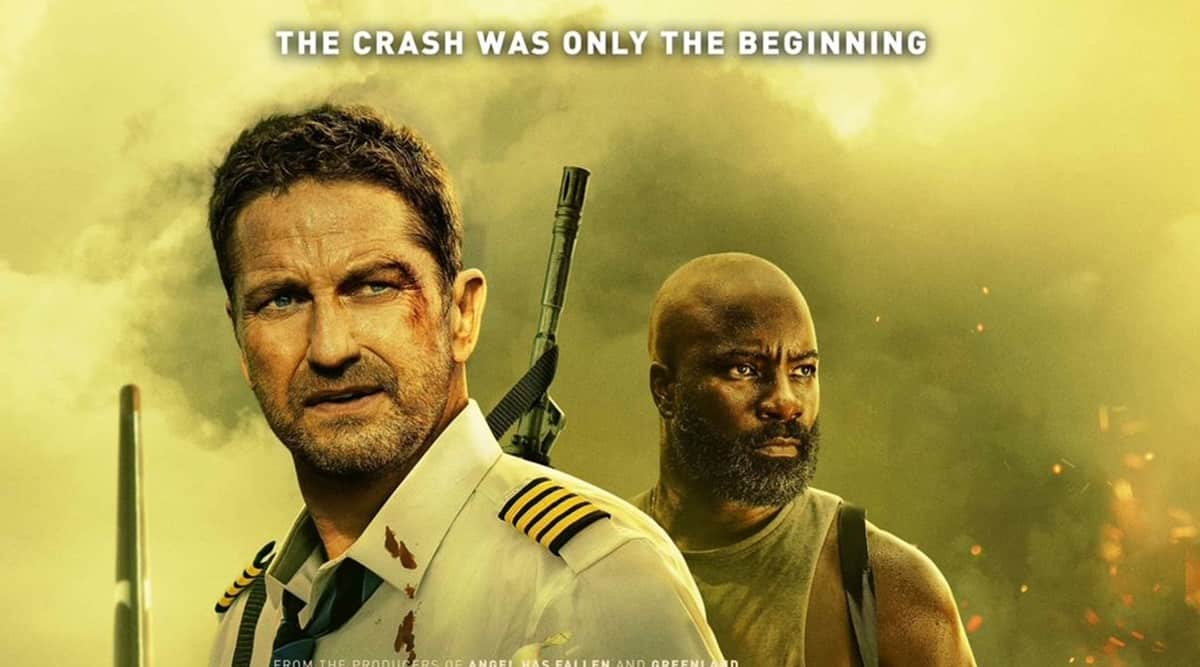 There is a sense of foreboding when in the opening sequence pilot Brodie Torrance (Gerard Butler) video chats with his daughter, who is waiting for him at home, as he heads towards the aircraft. It’s New Year’s Eve and he is eager to be with his daughter in the comforts of his home. Within minutes after his plane takes off from Singapore, for Tokyo, enough hints are dropped that things won’t go as planned. With 14 passengers on board, he and his crew members have to tackle rough weather and keep an eye on a prisoner who is being transported by the FBI. Fortunately, Butler not only spews out punchlines like “my passengers, my responsibility” but also would stop at nothing to ensure their safety.

When the aircraft passes through a storm and is struck by lightning, Torrence makes a risky landing in the middle of a jungle. That happens to be a war-torn island — taken over by the rebels, and the Philippines government has no control over them. When the passengers and crew are taken hostage by the rebels, Torrance finds an unlikely ally Louis Gaspare (Mike Colter), the prisoner who is an accused murderer. They fight together, forming an unspoken alliance, to rescue the passengers. In the process, Torrance learns there’s more to Gaspare than him being a convicted killer. Together, they offer some of the best action scenes in this thriller.

The fun in such regular action-adventures lies in their predictability and thrill-inducing moments. Plane, written by Charles Cumming and JP David, has those. However, there is a crucial factor that the movie overlooks and that eats into the thrill quotient. Barring Torrence, it doesn’t invest much in other characters. The audience barely gets to know the passengers, whose number is strangely low in a big aircraft. They are more like props or stock characters. There are two giggly girls in shorts, one irritable elderly man, a couple, a young man with a laptop and some such. Most of them don’t even get a proper introduction, let alone a backstory. Some don’t even have dialogues.

Plane (Lionsgate in partnership with PVR Pictures releases it in theatres) had all the possibilities of being an entertaining ride as the survival thriller changes track mid-way and becomes a hostage drama. Some of the action scenes involving Butler are convincing and deftly executed. He is designed to be the hero saving the day. He brings brawn and comic timing as a pilot capable of handling crises beyond the cockpit. But with the writing sketchy, even for a campy adventure movie, Butler could do precious little to shore up the film. It is disappointing how Plane doesn’t work on creating an atmosphere of dread, explore the vulnerabilities of its characters or try to elicit stronger emotional reactions among the audience.

Plane isn’t the best edge-of-your-seat thriller. But it probably will go well with a bucket of popcorn.

With daily injections and two years of costly treatment, TB survivors look for a ray of light