Pathaan movie review: Shah Rukh Khan, and Bollywood, are back with this patriotic spy thriller

Pathaan movie review: Shah Rukh Khan and Deepika Padukone-starrer has finally got what’s needed in a spy thriller -- non-stop action, glamorous leads, the guy who can save the world, a high-octane set piece, and an emo line at a time. 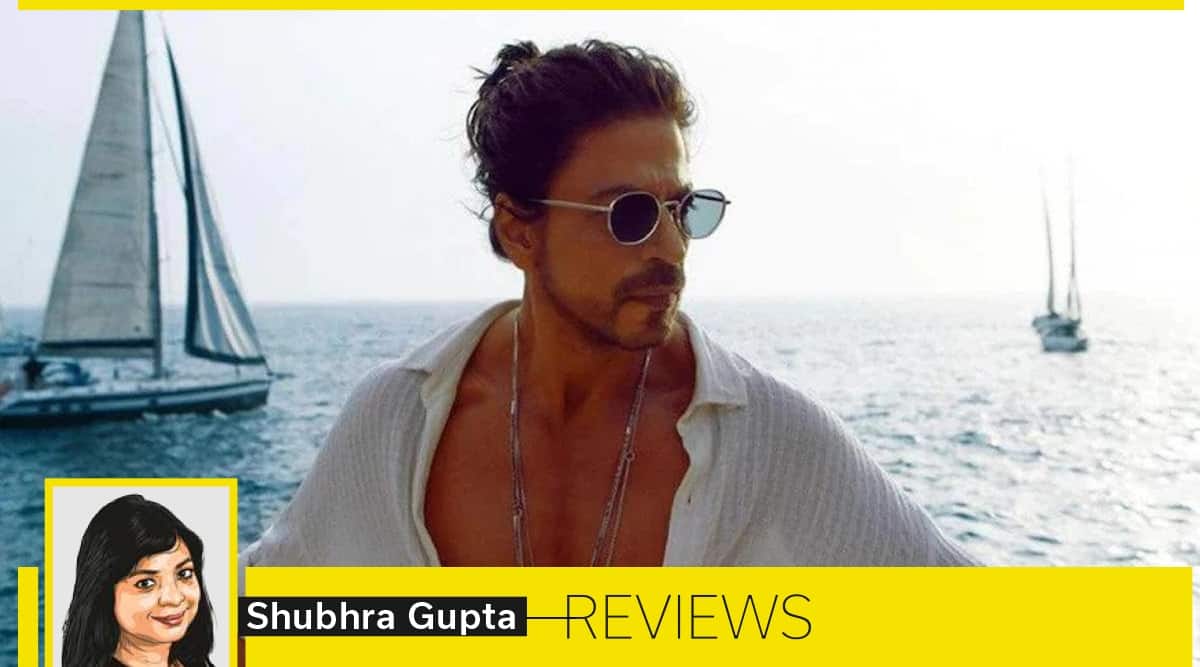 First things first, Bollywood is back. Shah Rukh Khan is back. Hindi movies have been constructing the ‘desi’ equivalents of the Bond-Bourne franchise for a while now. Tiger has been ‘zinda’ in a pacy double-bill, Agent Vinod has done his bit, BellBottom has flexed and flared, but it is ‘Pathaan’ which has got the spy movie-laced-with-heavy-doses-of-patriotism bouncing off the screen, with Shah Rukh Khan acing the action avatar, flaunting the floppy-hair-glinting-aviators-eight packs (or is it twelve?) look.

That’s because it has finally cracked the requirements of an action movie — non-stop action, leavened by glamorous leads, topped by the guy who can save the world, a high-octane set piece and an emo line at a time.

Bonus: the very svelte Deepika Padukone, matching SRK stride for stride, giving stiff competition to Katrina Kaif, who kicked serious ass in Tiger 2. There’s also Dimple Kapadia, building on her blink-and-miss-role in Christopher Nolan’s ‘Tenet’, as the foxy Moneypenny equivalent. And the chief antagonist, played by John Abraham, who manages to make the most of his lines.

The plot involves a slew of spies, sardonic RAW chiefs (Ashutosh Rana), evil ISI generals and gun-toting terrorists inhabiting global hotspots. Pakistan is back eyeing Kashmir (it will never learn, will it). One of India’s own, Jim (John Abraham) has gone rogue. Gorgeous ISI agent Rubina (Deepika Padukone) is as at home in a bikini as she is in skin-tight spandex. A deadly virus, much more dangerous than Covid 19, is being cooked up in top-secret labs. There’s clear and present danger, and desh-ke-dushman crawling all over the landscape. But breathe easy, because India’s best and bravest, Pathaan (Shah Rukh Khan) is at hand.

The problem of carrying off a two-and-half hour film is evident in the places where you stifle a yawn (yes, it can happen even when everything is galloping along at break-neck speed). Just so there’s nothing missed out, we have Pathaan and Jim facing off in the air (many helicopters were hurt in the making of this film), skimming over ice-floes and under icy water, chasing each other down twisty roads. There’s some amount of roll-your-eyes silliness, par for the course for this kind of flick. Plus, the third person mention of ‘Pathaan’ starts getting tiresome (kitni baar bologe, yaar). Trust us, we got it the first time.

Shah Rukh Khan in a still from Pathaan.

But the slack is gathered up quickly enough: an entire train is commandeered in the service of a special featuring Pathaan and a keffiyeh-sporting spy whose trademark moves had the audience roaring. And then there is that song which created such a controversy weeks before it hit the theatres. There really is nothing in it that we haven’t seen before (YRF songs-on-beaches should rightfully be a separate Bollywood sub-genre) but there’s no denying that Pathaan and Rubina swaying and narrowing their eyes at each other on a Spanish beach, is more a hot proposition than a potato. But let me reassure those worried: nothing besharam happens, sadly, even with nothing between them but a gun.

The film comes at a time when Bollywood, and SRK have been under siege. It’s notable how the star doesn’t go down the Rahul/Raj route which would have been safer in these times. He’s out, loud and proud, claiming his roots, as well as his professional identity built up assiduously over a good thirty years. To that end, writers Sridhar Raghavan and Abbas Tyrewala come up with lines in service of both the real and real character : meta, and fun.

‘Pathaan’ is that sateek jawaab of this beleaguered pathaan, who manages multiple feats in his come-back after a clutch of medium-bad to terrible films : gives it those ones to the #BoycottBollywood brigade, pulls off the dishy-and-dishevelled look rippling those abs, give us a laugh-out-loud moment ( I won’t ruin it for you, but it involves a line from an early SRK character, also in a YRF film, which would have become eminently meme-worthy if memes were a thing those days) and saves Bharat Mata.