Murder on the Orient Express movie review: Kenneth Branagh is the saving grace of this Agatha Christie adaptation

Murder on the Orient Express movie review: The film is all about Kenneth Branagh, his improvisations, and his morality take on a place and time far removed from the present. 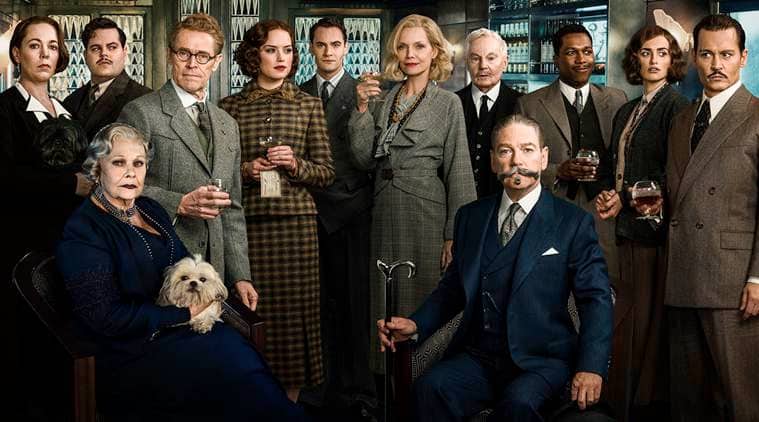 A most unique murder, with not the most convincing resolution, in a setting that was as remarkable as it was not. There are few parallels to Murder on the Orient Express in even the very prolific oeuvre of Agatha Christie. We could ignore the improbabilities because of the mysterious world Christie created inside that train, of interweaving carriages, scarlet kimonos, dragon prints, drafts of snow, thuds at night, whispered instructions and scurrying feet. The whole story unfolded like one long night where anything could happen. And something did, to people with guarded looks and, long before we knew their secrets, bruised hearts.

Chuck all that out of the snowed-in window. The film Murder on the Orient Express is all about Branagh, his improvisations, and his morality take on a place and time far removed from the present. There is a race angle, there is a colour angle, there is even a feminist angle. And then there is some Stalin angle that the film appears to have chopped mid-sentence.

But over and above it all there is Branagh, in a moustache and goatee far superseding anything Christie dreamed of — and she spent considerable time on Poirot’s hirsute persuasions — lending the film religious tones that the book didn’t have anything to do with. While the book’s justification rested on a trial by jury, here the dozen suspects are seated Last Supper-like on a long table placed inside a tunnel, that could pass off as a cavernous hall. Branagh stands facing them, like judgment day, having just given a speech about how only two people know the truth — God and, of course, Hercule Poirot.

Branagh’s Poirot loves his eggs still, boiled just right, but he is not averse to some physical exercise — unlike that short, balding, slightly pathetic Belgian of the books. He gives one suspect chase down the precarious piers on which the train has come to a halt… heaven forbid! And he does it in the middle of thick snow the kinds of which the heavily clad Belgian, who often covered his face to the extent that only his moustache was visible, was sure to avoid. On Poirot’s side table rests the framed photo of a woman, Katherine, whom he keeps turning to on lonely nights. At other times, he chuckles aloud reading A Tale of Two Cities.

As Poirot emerges as hero of a certain kind from the film, the other character of most import is the train itself. It cuts a swathe through the landscape, whether Istanbul or snow-clad Yugoslavia, and the scenes of its derailment still the heart.

However, once the train has run into snow, Branagh doesn’t have much use of the locomotive that served the book so well. On the contrary, he frequently ventures outside with the plot and, in the process, dispels most of its sense of claustrophobia.

Of the rest of the impressive cast, only Depp as Ratchett and Pfeiffer as Mrs Hubbard make any kind of impression. The film comes closest to giving an insight into its characters when Depp is interacting with Poirot and Hubbard, but since Ratchett is the one to be murdered, that doesn’t last long.

That brings us to the murder itself. We get a blood-soaked shirt front, pale feet, and no glimpse of a face. Branagh couldn’t have chosen a more bloodless way to shoot a crime in which vests so much grief and pain.

Gujarat polls: PM Modi can give Rs 33k crore to Tatas but not 3k crore to fishermen, says Rahul Gandhi