Mersal movie review: There is never a dull moment in this Ilayathalapathy Vijay starrer

Mersal movie review: Atlee has not just exploited Vijay's stardom to deliver a flamboyant crowd-pleaser (which he did in Theri already) but has fleshed out an interesting script that plays up the best onscreen traits of the actor. 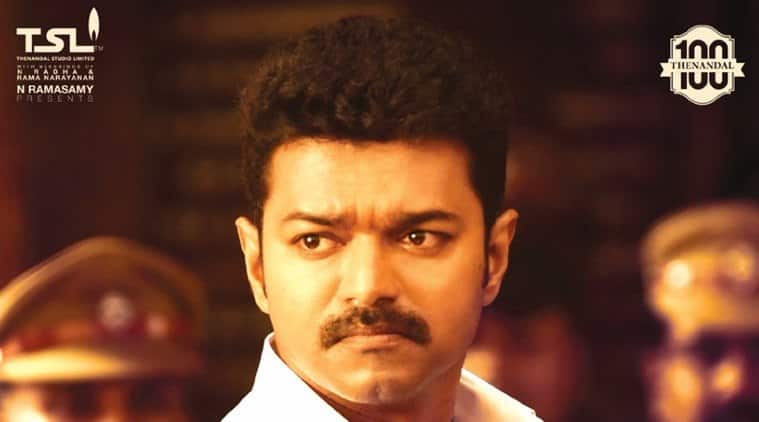 Mersal has a narrative flow that keeps the audience curious all along as the protagonist is on a mission to terminate rotten medical practitioners.

Director Atlee’s Mersal is a perfect star vehicle for Vijay. He has not just exploited Vijay’s stardom to deliver a flamboyant crowd-pleaser (which he did in Theri already) but has fleshed out an interesting script that plays up the best onscreen traits of the actor. In fact, Mersal also throws more light on Vijay’s political aspirations even as Atlee has promoted Vijay to Thalapathi (commander) from Ilayathalapathy (young commander-in-chief), a reputation the actor has enjoyed for over two decades, in Mersal.

Mersal has a narrative flow that keeps the audience curious all along as the protagonist is on a mission to terminate rotten medical practitioners. The screenplay aims at confusing the audience to make them believe that a magician-doctor is on a killing spree as it wants to set them up for a big surprise revelation. The surprise is that the protagonist has an identical twin, who reveals his identity in a pre-interval action sequence. It would have been, indeed, a major twist in the narration, only if the filmmakers had taken extra care to prevent spoilers.

Everyone knew that in Mersal, Vijay has played three different roles. So, it was clearly, not the jaw-dropping twist that Atlee would have imagined while writing the film. But, still, the scene created fireworks in the theater as the fans jumped up to their feet, whistling and screaming on top of their lungs. Coming together of two brothers was not the unexpected surprise but a much-awaited moment in the film.

Dr Maran (Vijay) is a life-saving doctor who doesn’t charge more than Rs 5 from his patients in return for his services. And Vetri (Vijay again) is a magician, who slaughters a man in Paris on a grand stage in front of hundreds, including kids, in the guise of a magic trick. So cold-blooded.

Few minutes into the film, Maran is frisked at the Paris airport due to his fashion sense. He arrives there, dressed in a green shirt (Pachai Tamilan, you see) and traditional crisp dhoti, to receive an award for his humanitarian works in the medical field. The airport scene is constructed in a way to serve multiple purposes, including appealing to the Tamil pride. “If my language and the way I dress is your problem, you are the one that should change not me,” Maran tells an airport official that advised him to dress fashionably. And the scene also establishes his combat and doctor skills. 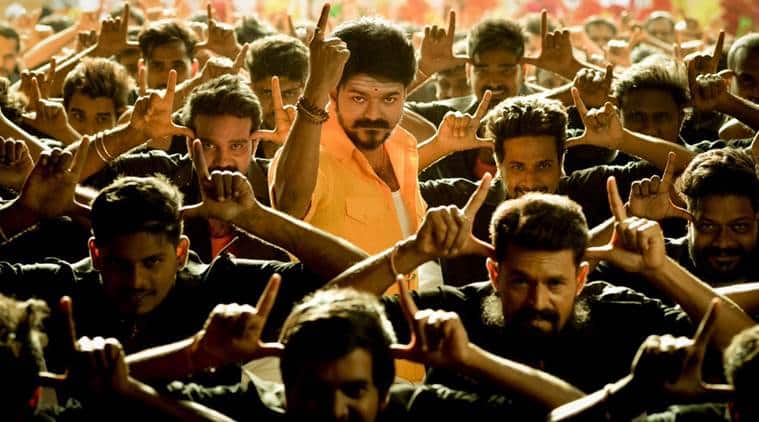 In the same city, his killer twin, Vetri, is also on the prowl stalking his next prey. After staging the murder on a grand stage, the story moves back to Chennai. The actions of Vetri stems from a personal motive and towards the end, his character does take a complete vigilante form.

One of the elements that stand out in the film is violence. Atlee has been relentless in churning out tragedy after tragedy to evoke a great deal of sympathy for the victims and to justify the crimes committed by Vetri. And he does achieve in poking emotions of the audience with all the drama.

But, what’s his story? Well, it is vengeance that began when he was still a newborn. His father Vetrimaran (Vijay, also), a good Samaritan and a village head in Madurai was betrayed and killed by evil doctor Daniel (S J Suryah).

The better part of the second half is dedicated to narrating the story of Vetrimaran, whose biggest achievement his building a hospital in his remote village. However, it falls in the wrong hands and he pays a dear price for his wrong judgments.

Compared to other leading ladies Samantha Ruth Prabhu and Kajal Aggarwal, the role played by Nithya Menen is far more powerful. She is the wife of Vetrimaran and the mother of Veri and Maran. 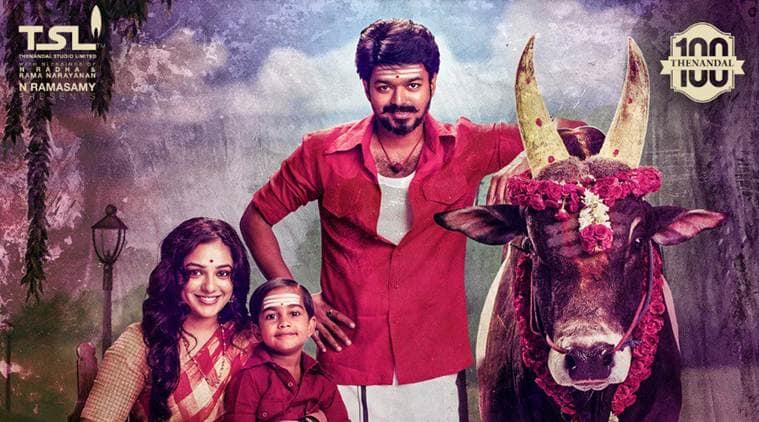 Mersal movie review: As a director-writer, Atlee has shown a great growth from his previous film Theri.

Sathyaraj plays Ratnavel, an investigating officer and Vadivelu plays sidekick for both Veri and Maran characters.

S J Suryah’s performance is in the second part during the flashback scenes. Atlee has portrayed his character as a greedy but visionary doctor. He plays his role with conviction and it is convincing.

As a director-writer, Atlee has shown a great growth from his previous film Theri. However, there are also many loose ends in the story and unexplained questions. For example, how come the only and the biggest hospital in the village was deserted on one fateful night? So much so that a bloody violent crime goes unnoticed.

But, the director has ensured that there is never a dull moment on the big screen and that aspect of the film outweighs the logical follies in the narration. Mersal promised to be a good masala entertainer and it delivers on it.