It’s tough to make an issue-based film without being pedantic, or prescriptive. More nuance and delicacy in showing up both flaws and merits of the characters and their struggles would have made this important film, whose heart is firmly in the right place, lighter on its feet. 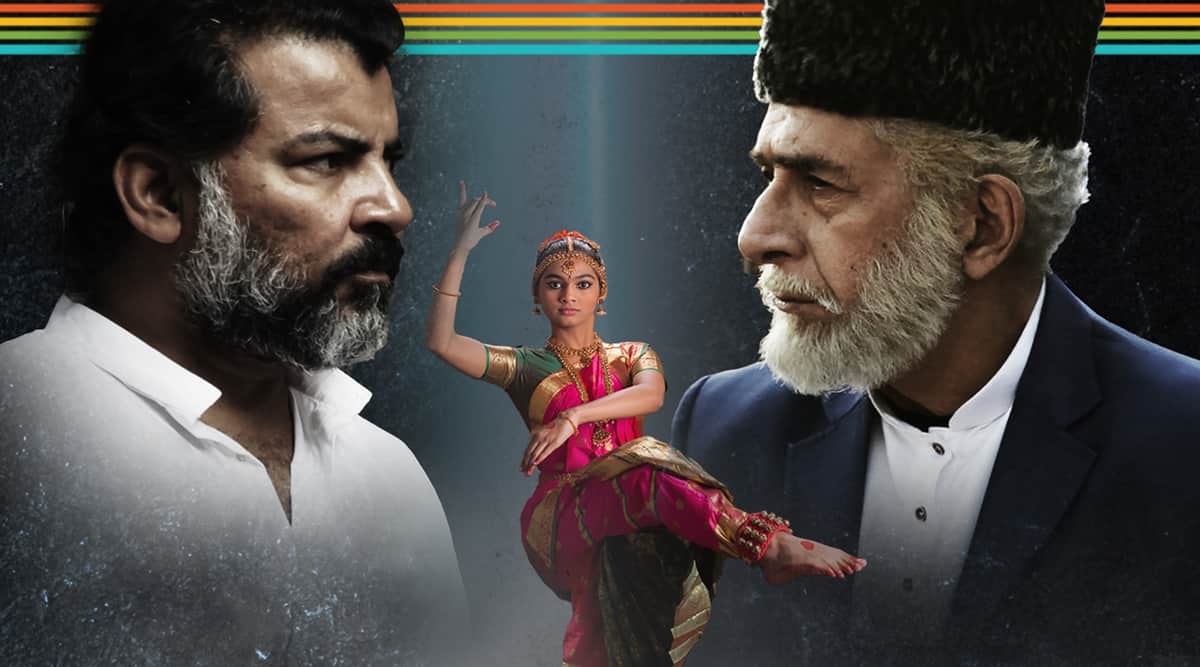 Mee Raqsam is available on ZEE5.

Mee Raqsam (I Dance) is about a young motherless Muslim girl whose desire to learn Bharatnatyam causes ripples both in her conservative community, as well as those who live on the ‘other side of the village’.

Written and directed by Baba Azmi, and presented by sister Shabana, the film is a tribute to their great father Kaifi Azmi. The subject is a worthy one: any film which brings up India’s sadly receding tradition of ‘ganga jamuni tehzeeb’ needs to be celebrated. It also touches upon class differences, the confined, circumscribed spaces and behaviour spelled out for women, and the deep rifts caused by bigots: whether you are Hindu or Muslim, prejudice is poisonous.

The framework is fine. Filmed on location in Mijwan, UP, we get a sense of time both going forward and holding still in mofussil India. A skilled tailor (Husain), ostracised by his ‘quam’ for his staunch support to his 15-year-old daughter Maryam (Subedi) and her life-affirming passion for classical dance, has a future in ‘designer clothes’. Maryam’s aunt and grandma (Kaul and Jafar), as well as a domineering elder (Naseer) represent the graven-in-stone beliefs of Muslims; a sour-faced patron of the local ‘natya-shala’ (Om) stands for the Hindus who believe there should be no truck between the communities. These worthies are given pause by the bright-eyed Bharatnatyam teacher who encourages and helps Maryam, as well as a young Hindu girl who befriends Maryam.

These pushes and pulls of crippling traditionalism vs modernity, and their impact on individuals, plays out in the heart-warming interactions between the father-daughter pair of Hussain and Subedi, both excellent. The former usually gets bit parts in movies; this one gives him space to flex his wings, and the result is pleasing. This is a father all young women should hope for.

What mars the film is the obviousness and the repetition when its chief issue is addressed. Consternation around ‘Ek Muslim/Mohammedan ladki hotey huey naach-gaana’ comes up repeatedly, as does mention of ‘Devdasiyon ka naach’ and ‘but-parasti’.‘Tawaayaif banaane ka irada hai?,’ goes Maryam’s loving-but-stern ‘khala’. A sequence in which Hussain explains, in all seriousness, to his ‘beti’ about how a male classmate’s ‘chidaana’ could be an expression of interest, is problematic.

It’s tough to make an issue-based film without being pedantic, or prescriptive. More nuance and delicacy in showing up both flaws and merits of the characters and their struggles would have made this important film, whose heart is firmly in the right place, lighter on its feet.

Mee Raqsam is streaming on ZEE5.