Movie review: Manjunath - There's enough, in the way the film begins, to keep us engaged. 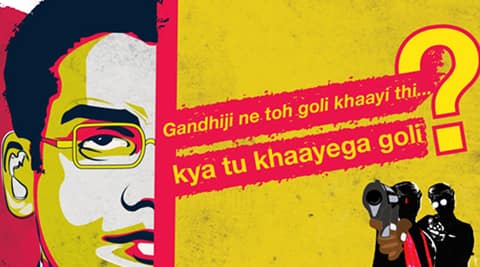 There’s enough, in the way the film begins, to keep us engaged.

The murder of Shanmugham Manjunath in 2005 was, and continues to be, a blot on the nation. He was a whistleblower, just the way Satyendra Dubey was. Dubey threatened to expose the contract road mafia, and was killed. Manjunath was shot dead after he went after the gangs which sold adulterated diesel.

Satyendra Dubey’s story was used as a trigger by Prakash Jha in his ‘Chakravyuh’, a Bollywood entertainer which skimmed lightly on all kinds of corruption. Manjunath’s tale is all there is in the film of the same name, and that’s why it has more power.

The best part is that Manjunath is not played by a known Bollywood face. Sasho Satiiysh Sarathy, chosen presumably because he resembled the real man, makes us instantly connect with Manjunath Shanmugam, a happy-go-lucky student of IIM, Lucknow. That he is lower caste is not spelled out right in the beginning, but is revealed as the film goes along. Good touch. That he is not a superhero, but a man of courage that builds up slowly, makes the character believable, even if there’s a confusing thread thrown in about him being a possible schizophrenic.

There’s enough, in the way the film begins, to keep us engaged. The two best friends Manju confides in, Sujata (Alagh) and Gautam (Rashid) who get the news of his having gone missing in a small UP town, and their reaction: their faces reflect dread. The parents, back home in Karnataka, played so well by Seema Biswas and Kishor Kadam, and their anguish. And the responses of his employers, who were tired of their sales officer’s unflinchingly honest ways : the collage is sketched well, and we wait to see how it pans out, even when we know what happens.

The second half is an unfortunate slide. The killers, led by brazen petrol pump owner Golu Goel (Sharma) slide away into the undergrowth, leaving us Manju’s bullet-ridden body in the middle of a market. It is a slap on our collective consciousness , that car and that body, and the film achieves that moment with minimum fuss, maximum impact.

But then it moves over into the investigation, and the court case, and becomes a police-law procedural. Divya Dutta shows up as a concerned college senior who works hard on the case and the creation of a Manjunath Trust, and while it was all very worthy, the effect leaches away.