Mamangam movie review: A movie that could have narrated an intriguing story of suicidal warriors from Malabar region during the 18th century has turned out to be a collage of old school Malayalam stunt scenes, and cringe-inducing situations. 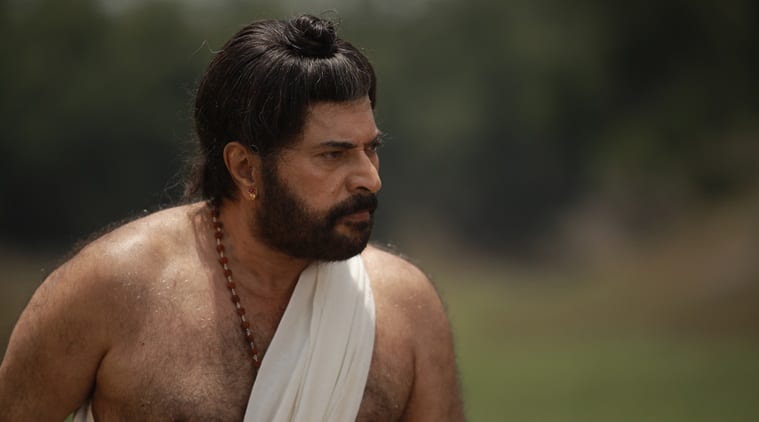 A movie that could have narrated an intriguing story of suicidal warriors from Malabar region during the 18th century has turned out to be a collage of old school Malayalam stunt scenes, and cringe-inducing situations and dialogues which make you feel like you are watching a Malayalam serial.

Mamangam, as the name suggests, tells the story of Mamankam festival, an annual festival where the Zamorin ruler challenges other regional kingdoms to oppose his authority. Only the suicidal warriors from Valluvanad region dare to oppose or try to overthrow Zamorin rule every year at the fest. The movie focuses on the life and fate of suicidal warriors from Valluvanad who mostly die fighting against the mighty army of Zamorin, and is left only with their story of glory and bravery. It is considered an insult to the warrior clan if any of them tries to escape from the battlefield rather than die as a martyr.

Mammootty plays Chandroth Valya Panicker, a master warrior who escapes the battlefield after coming close to killing the Zamorin ruler. The movie opens with a battle scene where Valya Panicker and a group of suicidal warriors fight the army of Zamorin. Towards the end of the battle, Valya Panicker escapes from the battlefield, staining the Valluvanadan warrior clan’s reputation of being fearless. Fast forward 24 years, Chandroth Panicker (Unni Mukundan), the new head of Valuvanadan warrior clan, decides to battle again. The movie adopts a very melodramatic approach to show the sentiments of women from the clan who have to send their men to the battlefield, knowing their chances of survival is bleak. Chandroth Panicker is accompanied by his nephew Chanthunni, a very young warrior who is shown as a prodigy just like Chandroth Valya Panicker. The movie then shifts to a brothel in Tiruvanvaya where Mamankam happens. It is here that Mammootty’s character appears again in the film in an effeminate avatar. He meets his relatives Chandroth Panicker and Chanthunni who are determined to fight the battle. Mammootty’s character is portrayed as a preacher of peace who warns his family members about the destiny that awaits the suicidal warrior clan. From then on, it’s a patient wait to know whether the warriors of Valluvanad can succeed on the battlefield and change their clan’s fate of martyrdom.

Mammootty adds Chandroth Valya Panicker to the list of historical characters he essayed in Pazhassi Raja and Vadakkan Veeragadha among more, but age is beginning to fail him in the action sequences. Mammootty’s feminine transformation is indigestible at first, but then the actor manages to pull it off without overdoing it. Unni Mukundan carries the movie, by and large, on his shoulders and definitely looked like a tormented and determined warrior. Prachi Tehlan, Anu Sitara and Kaniha among others don’t have much to offer in the movie. Music by M Jayachandran is also nothing to write home about.

Sajeev Pillai, the original screenwriter and director of Mamangam, was replaced following disagreements with the film’s producer. Mamangam shows glimpses of quality which one would expect from a screenplay which was well-researched and written by Pillai, but, mostly, the movie fails to live up to viewers expectations as it is let down by the amateurish approach to the screenplay and direction.

MS Dhoni best footballer in Team India, but we have a Zlatan too: La Liga ambassador Rohit Sharma