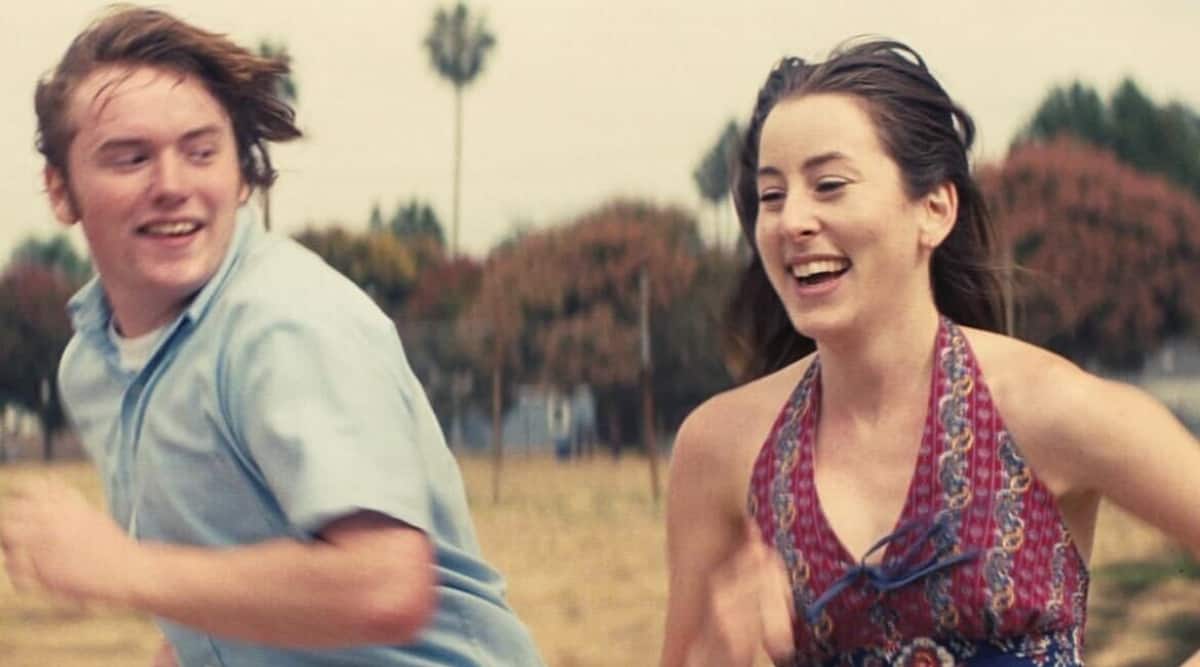 Paul Thomas Anderson’s most relaxed and happy film, Licorice Pizza has hardly any clouds on its horizon. (Photo: Licorice Pizza/Instagram)

Age is a glorious, indeterminate number in Licorice Pizza — as glorious and indeterminate as that name. It has a smell of something special that we can’t touch or describe; worse, we know it will crumble if we really tried to.

In fact, Licorice Pizza is a slang for vinyl records, the dulcet sound and shape of it apparently informing that name. Plus, the fact of those initials, LP.

However, we don’t really need to know all this to enjoy this warm, sunny, pleasurable and caring take on two people who always find themselves in the in-betweens: in-between ages, in-between careers, in-between teenage and adulting, in-between adulting and growing up.

Anderson’s most relaxed and happy film, Licorice Pizza has hardly any clouds on its horizon. In fact, from the time we see Alana (Haim) walk down a row of school kids who are primmed for their school photos, there is little doubt that she and Gary (Hoffman) — as unlike as they are — are meant for each other. She is 25, caught in a thankless job of prepping school teens for their yearbook photos; he a precocious 15-year-old with various hustles going on the side, including a minor acting career that he is fast outgrowing both in years and size.

Anderson doesn’t want to lay it on thick, but that wide waistline and the shirt hanging over it is something Gary has started to contend with. However, once Alana comes into the frame, Gary’s charm makes him irresistible to everyone in his radius.

Also read |Top 10 Hollywood films of 2021 as per National Board of Review: Dune, The Last Duel, Licorice Pizza make it to the list

Set in Encino, a Los Angeles neighbourhood just close enough to both live with Hollywood and dream of it, Licorice Pizza is about too much at times. From ageing stars living in the glory days to badly behaved film moguls; from the Middle East crisis and oil shortages to a mayoral election; from a false arrest to a needlessly racist American with a string of Japanese wives; and from amazingly absent parents to an annoyingly interfering Jewish dad.

Some of these sequences work, many of these don’t. And Anderson is not averse to casually throwing in the insidious sexist behaviour of the time (the ‘70s), a particularly galling scene being where Alana spends a day at a shop selling water beds in a bikini. For no apparent reason. However, such is the “integrity” of Alana (a word she uses once for herself) that you see past that mid-riff, that mini-skirt, that sashaying hair and long legs straight to her eyes. The rock star, who is in her movie debut, is an unusual face, all nose and eyes and smile — and it’s not a surprise that Barbra Streisand is there as a referred-to presence in the film. Haim bears the confidence of a woman who in one spectacular scene drives a truck-trailer all the way in reverse down a hill as it has run out of gas. And the vulnerability of another who wonders aloud why she would rather hang out with Gary and his teen friends.

Gary, played by the late Philip Seymour Hoffman’s son, is another debutant. He too wears what is a difficult role, where he could easily stray on the side of unlike-ability, with effortless charm.

“You need to grow up,” is a line that comes up only once actually in Licorice Pizza. However, it need only came up that one time, doesn’t it?

“You can take your time,” is what Licorice Pizza wants us to hear.

The Batman’s Robert Pattinson is offended as co-star Zoe Kravitz admits she hasn’t seen Twilight: ‘No longer cool to be a hater anymore’