Last Night in Soho movie review: A film lost within a film

Last Night in Soho movie review: The film is billed as a horror, but it doesn't scare; striving to be about seedy underbellies, it doesn't disgust; suggesting visions, it fails on insight. 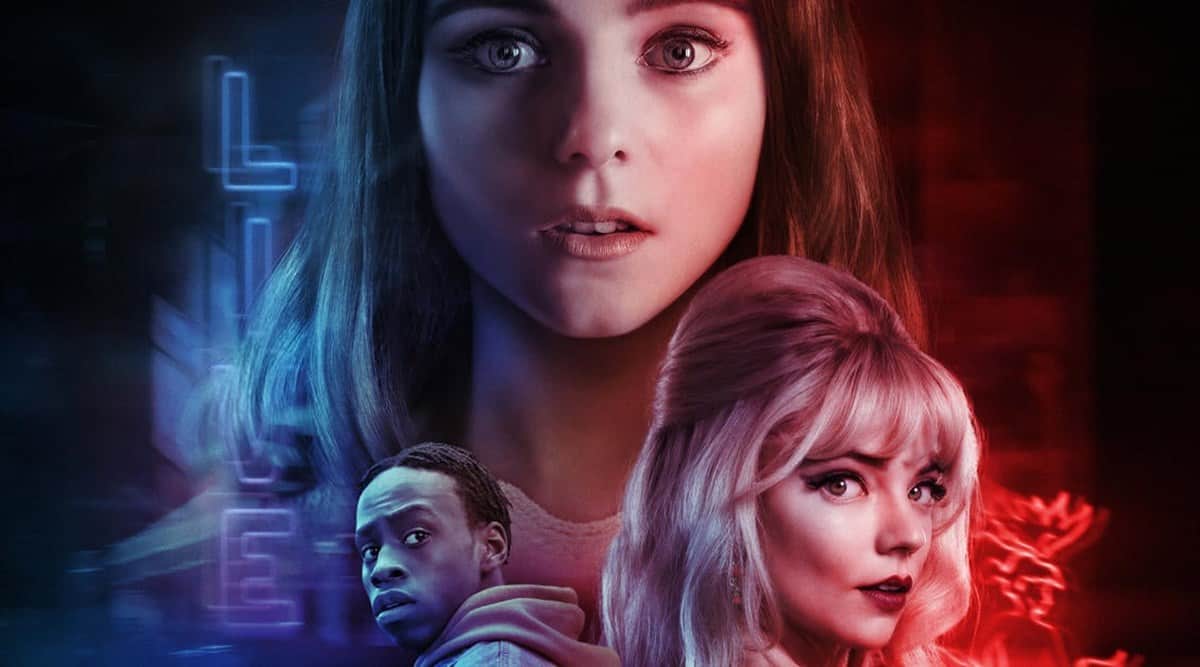 Last Night in Soho has hit theatres across India.

What better time to go back to the Swinging Sixties than now? To break away from the shadows of Covid-hit Europe to the neon-dappled splendour of a bold and beautiful London that had come roaring back from the embers of World War II — to some great music and liberating fashion?

Wright, also the co-writer, has that right, amply helped by cinematographer Chung-hoon Chung, who evokes a wistful glamour about the era that is almost too precious.

However, the film is only partially about half-a-century ago, and is tied to current-day London by a thin, very thin thread, which is stretched to breaking point by the time the credits roll. Billed as a horror, it doesn’t scare; striving to be about seedy underbellies, it doesn’t disgust; suggesting visions, it fails on insight. What Last Night in Soho is, is a film lost within a film, trying too hard where a little less may have done the trick.

Eloise (McKenzie) lost her mother at the age of 7 to suicide. She has since had visions and feelings, which partially drive her to follow her mother to London to try and be a fashion designer like her. Her grandmother has forebodings, but the young Eloise, straight out of her village, takes the leap — and lands in her dreams almost directly where she wished, in the ’60s, where her mother had the time of her life in London.

The visions follow, in which she sees a blonde, attractive, confident woman called Sandy (Taylor-Joy) sweep a slice of Soho off her feet with her singing and her ambitions, only to fall into the rut that is the fate of many talents such as her. The man she hopes will be her “manager” (Smith) turns out to be her pimp. Eloise is witness to Sandy’s anger, tears and despair. The film is about the two worlds gradually convalescing, making Eloise unable to tell the real from the imagined.

While Eloise has her share of bullying classmates at the cool fashion school she is a student in (who are around just to drop some obligatory snarky comments), the rest of London is incredibly kind to a woman who is obviously losing her mind, running into cabs, having nightmares at daytime, and running down city streets her eyes painted black.

And so, without doing little to deserve that kindness, Eloise makes her way to the end and a twist that is a let-down from all the film has been promising — a London that the swish set uses and discards, the young women whose ambitions it kills, the mother who didn’t live, and the daughter who won’t.

Taylor-Joy has a unique presence on the screen, and the Gambit star is no different here, suggesting secrets and magnetism that the film does little justice to. McKenzie, in the meatier role, is good but no match. Rigg, in her last performance, could have also brought a lot more to the role.

As she is packing her bags and moving into the city, the gullible Eloise is warned by more than one person: “London can be a lot.” It is.