Kodi movie review: The power struggle between Kodi and Rudhra, played by Trisha, makes the basic premise of the film. 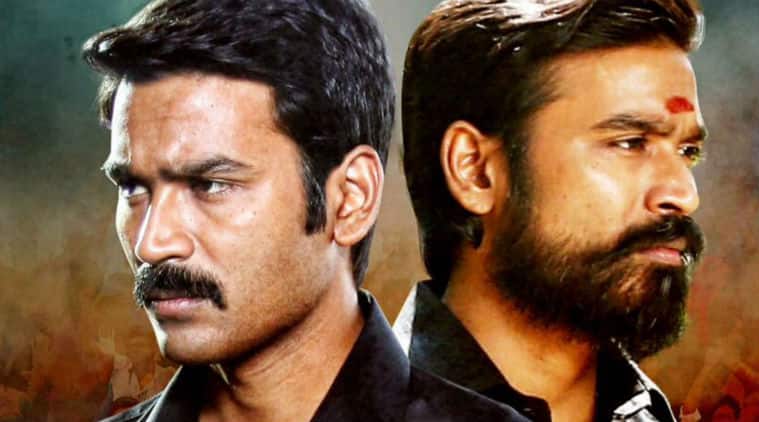 Kodi movie review: The combination of Dhanush and Vetrimaaran never fails to amuse the audience.

“Content is the king.” You may have heard this phrase a number of times. But you seldom see this concept play out on the big screen. Aspects like screenplay, narration logic, common sense are usually ignored to further the interests of the leading man in a film. The trend in films made for commercial gains is to first select an A-lister and then develop a story that suits his larger-than-life onscreen image.

Kodi, a movie made for the mass audience, puts the content before the star in the film. The combination of Dhanush and Vetrimaaran never fails to amuse the audience. Starting from Polladhavan to Kodi, Dhanush and Vetrimaaran have worked together in films in various capacities and delivered films driven by content. While the new Dhanush-starrer does not send a social message or mirror the society’s shortcomings, it entertains you by exploring the complex human relationships.

Vetrimaaran’s Grass Root Film Company under Escape Artists Motion Pictures banner has bankrolled this film. To simply put, it is the best political thriller film in Tamil you will watch this year.

Kodi, which released on Diwali, seems to be everything the Tamil audience wants for this festive season. The political thriller set in a rural backdrop has Dhanush in a double role for the first time in his career. On the other hand, Trisha’s performance as a feisty woman with unquenchable political ambition adds to the film’s narration.

Kodi and Anbu, twin brothers, both played by Dhanush, may have identical faces but their personality is totally opposite. While Kodi is short-tempered and straight forward, Anbu is soft and clever. Following the footsteps of his father, who kills himself to highlight a social issue, Kodi become a politician and strives for the betterment of common people. Anbu, a mama’s boy and a professor by profession, is content with his normal life.

The power struggle between Kodi and Rudhra, played by Trisha, makes the basic premise of the film. No, it is not the regular couple’s fight to have the upper hand in a relationship. The conflict between them stems from a political rivalry. Since childhood, they both wanted to make it big in the world of politics. One manages to balance ambition and love, while the other fails terribly. And something unexpected happens. It is the moment you realise “content is king” and its positive impact on a narration. The suspense in the film is gripping and keeps you guessing with questions like what now? How can they do this? And why did they do this?

The film seems to follow a simple rule of life: Every action has consequences and they come back at you, sooner or later in different forms.

Trisha manages to strike a chord as a ruthless and pragmatic politician while Dhanush as a hot-headed politician with good heart instantly becomes your favourite. His performance as Anbu is natural and appealing. Anupama Parameswaran as Malathi plays the love interest of Anbu. The Malayalam actress, who shot to fame with her performance in hit film Premam, marks her debut in Tamil with Kodi. And she couldn’t have asked for more.

Kodi’s background score and title track music, composed by Santhosh Narayanan, is another plus. Director R S Durai Senthilkumar has given his career best movie. Period.

Kodi’s X-factor is its political drama. Don’t miss it.