Ford v Ferrari movie review: James Mangold brings back the good ol' ’60s feel to the two-and-a-half-hour movie. The storyline of this Christian Bale and Matt Damon starrer is extremely simple, and even people with little or no knowledge of professional racing should find it engaging. 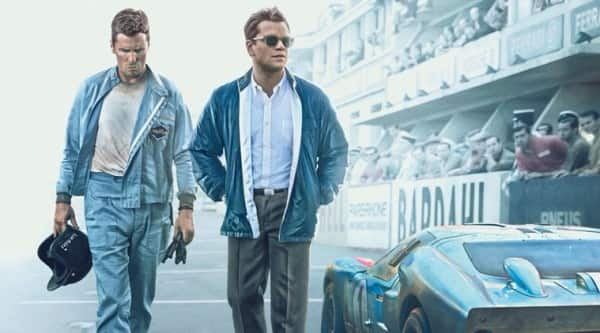 Test driver and engineer Ken Miles (Christian Bale) is trying to cope with the fact that he doesn’t get to drive a car he fine-tuned because he does not fit the image of a Ford driver. Henry Ford II, the eldest grandson of the founder of the automobile giant, is staring at huge losses in the early ’60s.

An image makeover is deemed necessary to revive the company, and hence it is decided to take the motorsports route.

But there is one hurdle, Ford doesn’t make sports cars. Ford doesn’t have a racing team. A window opens in the form of rivals Ferrari, who are running extremely low on resources. But the deal fails and Enzo Ferrari, the boss of the Italian company, isn’t very graceful in his words to his American rival.

Ford is desperate to avenge the humiliation and decides to do something outrageous: Build a race car in 90 days and take on multiple-time winners Ferrari at the 24-Hours of Le Mans — the Tour de France of car racing.

Ford ropes in car designer and former racer Carroll Shelby (Matt Damon), and Miles, a short-tempered, stubborn engineer, is the anointed one to dethrone the Italians.

Damon and Bale’s gripping performances ensure the movie doesn’t end up becoming only a contest between two businessmen with inflated egos. Miles lets you into his mind where you see his love, fascination, passion and admiration for the super cars.

James Mangold, who directed the superhero movie Logan in 2017, brings back the good ol’ ’60s feel to the two-and-a-half-hour movie. The storyline is extremely simple, and even people with little or no knowledge of professional racing should find it engaging.

It’s a great relief that the movie, unlike most sports flicks, features no montages and hazy flashback scenes. It’s all in the moment. The biggest challenge for any movie based on real-life incidents is to keep the audience hooked as the eventual outcome is no secret, and Ford v Ferrari manages to do that, thanks to its lead characters.

Your heart is bound to race as Miles hits those tight corners, you will feel a rush of blood when Shelby takes those bold decisions from the pit stop, and at the end of the movie, you’ll realise, it is not all about winning.