Family of Thakurganj movie review: A few men in the hood

For an effective film, you need both plot and treatment. Family of Thakurganj has neither, and a solid ensemble cast is let down, once again, by inept handling. 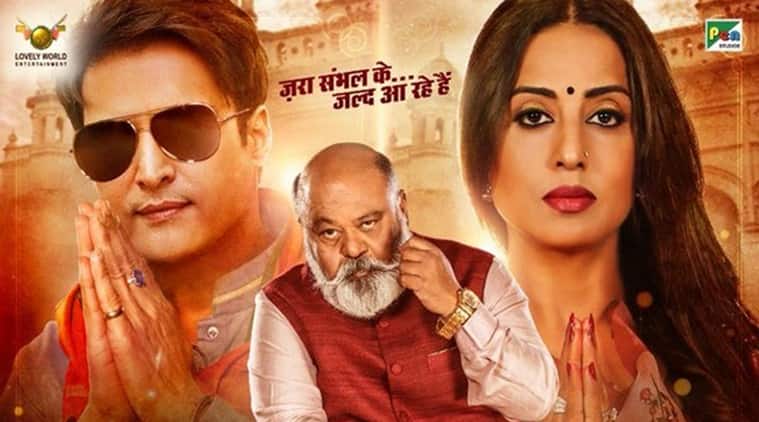 Family of Thakurganj movie review: In a better film, the combined efforts of Saurabh Shukla, Jimmy Shergill, Mukesh Tiwari, Yashpal Sharma and Manoj Pahwa could have yielded the desired results.

Nunnu and Munnu are brothers, but given how different they are, one law-abiding, the other a terror, they could well be from different planets. As they say, you can choose your friends, not family, and these two constitute a family in the fictional town of Thakurganj in which bullets fly, crime is rampant, and the law is an ass. Or rather, a corpulent wise guy called Baba Bhandari, played by Saurabh Shukla, who decides everyone’s fate in Thakurganj, while handing out a pithy saying here, a death sentence there. Under his menacing benevolence thrives Nunnu (Shergill) whose criminal bent is supported by the two women in his life, mom (Pilgaonkar) and wife (Gill). Biting at the jib is Nunnu’s rival (Tiwari), a colourful killer in dreadlocks (Zutshi), and a whole bunch of crooked cops, and hoods, and general hangers-on.

With lots of sneaky ambushes and rustic fellows brandishing guns, and a terrain where any moment could be your last, this film clearly wants to revel in the small-town-gangster-giri we have seen in Gangs of Wasseypur and the Saheb Biwi aur Gangster franchise, especially because the latter has the same pair of Shergill and Gill.

But this film feels like a tired retread on all counts. How you can pull of such a feat with so many good actors is an achievement in itself. In a better film, the combined efforts of Shukla, Shergill, Tiwari, Sharma and Pahwa could have yielded the desired results. Here, they all go waste, and this includes the barely-there acts of the two ladies.

For an effective film, you need both plot and treatment. Family of Thakurganj has neither, and a solid ensemble cast is let down, once again, by inept handling.