Dune movie review: It does not help that for a film seeking to speak to us on levels other than Earthly, its dialogue remains stolidly pedestrian. 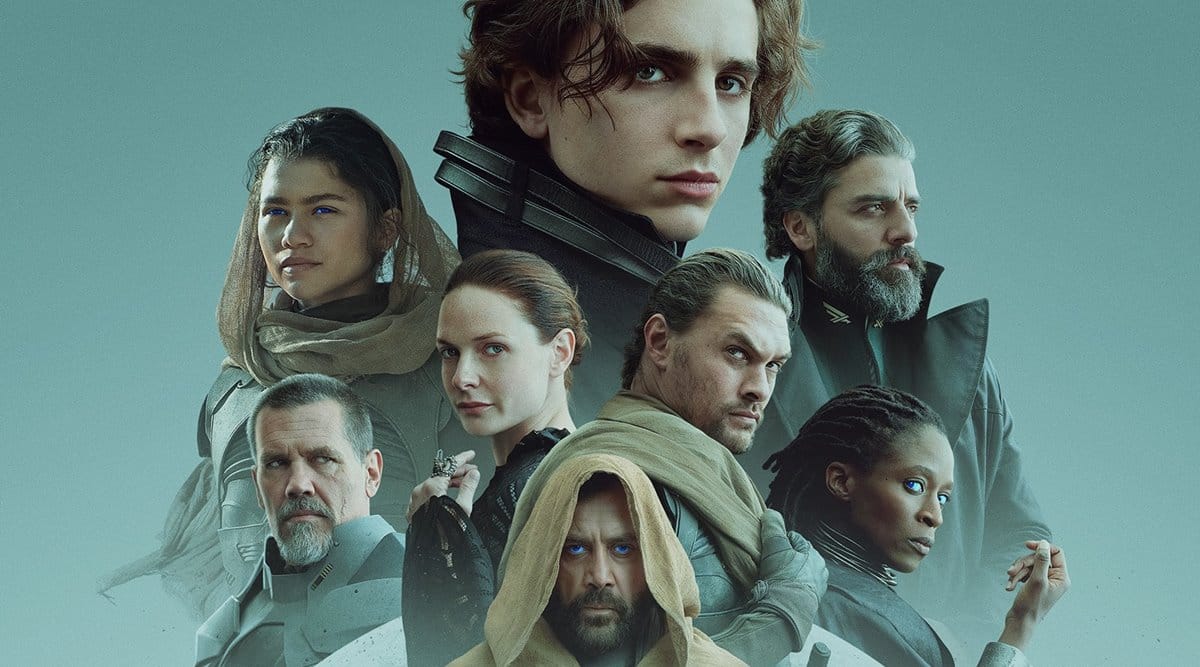 Dune has been nominated in 11 categories

There is no question about it. No one comes close to imagining worlds other than our own with as much beauty and love as Dennis Villeneuve. After Blade Runner 2049 and Arrival, the Canadian director turns his attention to the rather difficult source material of the 1965 sci-fi novel Dune by Frank Herbert, which others before him (including David Lynch) failed to successfully translate onto screen.

Dune, or Dune Part 1, is both astonishingly good and surprisingly disappointing. Villeneuve’s disparate planets, caught in an interstellar tussle for domination, are stark, linear, clear-cut and ethereally beautiful, the director doing well to not explain what can’t be explained in the workings of this universe. In cinematographer Greig Fraser, he has an auteur who conveys a cold, dark world, circa Year 10,191, with humans (or who passes for them) having gone back to building large, cavernous, wasteful monuments to themselves. And in Chalamet, he has a hero for our times — a boy among giants (including characters played by Momoa, Brolin, Skarsgard, to quite some impact), with tousled hair and dreams rather than muscles and bloodlust, who is not afraid to show his fears, particularly to his mysterious mother.

However, while Villeneuve gets that part pat, it is in the politics that engaged Herbert that he falls short. Scholars have noted how deserts are remarkably suited for the rise of religious messianic figures (Judaism, Christianity, Islam), even if there are several theories about why. This is what interested Herbert too. There could have been no better time than now for Dune, just after the world’s mightiest country (America) has just conceded defeat in its effort to tame one of the world’s most primitive (Afghanistan). As the many powerful ‘Houses’ of Dune compete with one another for the control of ‘spice’ — the most valued possession in the universe — found only in the desert planet of Arrakis, robbing its natives called Fremen in the process, the parallels couldn’t be clear.

The Fremen have a deep, organic relationship with their inhospitable world. The ‘Outworlders’ have little time for any of this knowledge. Paul (Chalamet) of the House of Atriedes, which has been chosen by the universe’s Emperor as the latest colonist for Arrakis, comes upon this task as his inheritance. However, what about the dreams Paul keeps having, where a beautiful Fremen in the shape of Zendaya keeps throwing him come-hither smiles and glances; and about the word spreading through Arrakis that Paul might be the messiah they have been waiting for. Some of this talk is fuelled by the fact that Paul’s mother Lady Jessica (Fergusson) possesses her own mystical powers, and through them an ear to the Emperor. And what about the visions of blood that keep haunting Paul, though what he makes of them is fuzzy at best.

Villeneuve keeps the many threads and incongruencies untangled in the first half, suggesting a parallel feminine world unseen by men, staging a thrilling rescue against a giant sandworm, hinting at ecological nightmares, and allowing Paul to come into his own — including a heart-stopper where an attempt is made on his life. However, post-interval, the lingering camerawork over places rather than the people which inhabit them starts to jar.

It’s almost in a rush that Dune hurtles towards the end of this first part, ensuring one long bang for the bucks, struggling to justify the time and energy spent on Paul, and introducing Zendaya in the most unremarkable fashion after all. It does not help that for a film seeking to speak to us on levels other than Earthly, its dialogue remains stolidly pedestrian.