Santhanam is, of course, a hero now. So he gets to speak loud punch dialogues, beat up some generic bad guys and shake a leg to ‘mass’ songs and love duets. What has changed: The actor looks well-groomed, sports a lengthy beard and is superbly fit. What hasn’t changed: His foul-mouthed attitude on screen.

In Dhilluku Dhuddu 2, Santhanam plays Viji, an autorickshaw driver, who lives with his uncle, Rajendran. How Viji’s life turns upside down when he ‘pursues’ Maya (Shritha) forms the storyline. Whoever proposes to Maya gets killed or beaten up by a guardian ghost. How Viji finally manages to settle with his lady love is what the film all about. Amid the white nightgowns of ghosts and an eerie bungalow, the story gets lost. And never revives.

Dhilluku Dhuddu 2 is a huge let down because it has plenty of offensive jokes, but the audience in the theater don’t seem to care. You are expected to laugh when Santhanam squeezes the fat on another man’s chest. Again, you are expected to laugh when the ‘hero’ kicks another man’s genitals. Also, the heroine asks Santhanam, “Night-u epdi padupeenga”. (How do you sleep at nights?) He says, “Jolly-a jetty podama!” (Without my underwear). Almost, half the crowd was visibly entertained — except me.

Naturally, the ‘comedy’ portions between Santhanam and Rajendran draw huge whistles. Because Rajendran is the new Santhanam. But it’s unfortunate how the stuntman-turned-comedian is simply reduced to being the butt of jokes. No, making Rajendran emote funny expressions as he taps his bald head, more than once, doesn’t count as comedy. 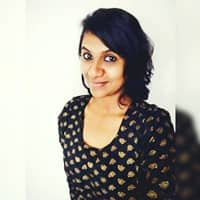