Comali movie review: This Jayam Ravi comedy is a winner

Comali movie review: Comali is an out-and-out mindless entertainer. But it somehow manages to hit the right chord on several counts. 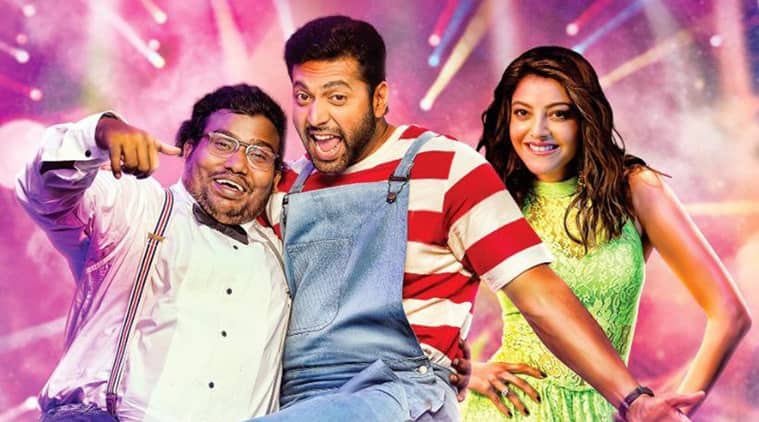 Comali movie review: Jayam Ravi’s performance in Comali is a bit refreshing due to the premise.

In a way, debutant director Pradeep Ranganathan’s Comali is a time travel movie. The director does not use a time-travel device to jump from one period to another. He simply puts the protagonist in a coma and wakes him up after 16 years.

Ravi (Jayam Ravi) grew up in the 90s. It was the time when children preferred going to open grounds to play as opposed to staying at home hooked to their PlayStations. It was a time when people preferred face-to-face interactions as opposed to being glued to their mobile screens. It was a time when people made good memories by attending celebrations. Now, they are psychologically removed from the moment by their urge to take selfies and share it on Instagram.

Ravi’s wonderful adolescence is cut short by an accident that knocks him into a coma at the turn of the century. He comes to his senses in 2016. And the world has changed drastically. Except for politicians, who keep making the same promise year-after-year.

Pradeep builds the entire film around Ravi’s struggle to make sense of the world that he no longer understands, recognises or identifies with. The hero’s best friend Mani (of course, it is Yogi Babu) has also changed with time. He no longer cherishes the old values that were imparted to him while growing up. He is now just another techie trying to stay in the rat race.

Ravi’s innocence is untouched by rapid urbanisation or social decay, thanks to the coma. He is still that teenager who can’t understand why a kid won’t go out to play these days. It is like he has time-travelled into the future, in which his moral values and social cultures have become obsolete.

Yogi Babu and Sha Ra as Dr Thyagesh tickle our funny bones whenever they appear on the screen. Many jokes will leave you in splits, while some will make you cringe. The scene where Ravi Kumar’s Dharmaraj plans the murder of his rival (Ponnambalam) is crude and outdated. The lewd jokes involve objectifying Kavita Radheshyam’s character. If you are willing to forgive this transgression of the young director, there is plenty of clean humour that you can indulge in. Especially, the stretch where Ravi learns the idea of love in the age of online dating.

Pradeep has ripped off a sketch of Key & Peele. The comedy where Mani takes all the credit for Ravi’s joke is a copy of Key & Peele’s ‘High On Potenuse’ sketch.

It is not the first time Jayam Ravi is showcasing the moral decay of society due to the excessive use of social media. However, his performance in this film is a bit refreshing due to the premise.

Comali is an out-and-out mindless entertainer. But it somehow manages to hit the right chord on several counts. It deserves to be appreciated for its effort to repose people’s faith in the goodness of human beings. It is also sort of reminds us where we come from and the things we have lost in the name of progression.