Big Brother movie review: Siddique, why did you make this movie?

It takes a seasoned and indisputable talent like Mohanlal to even muster some reactions and perform with a straight face in the presence of Arbaaz Khan. 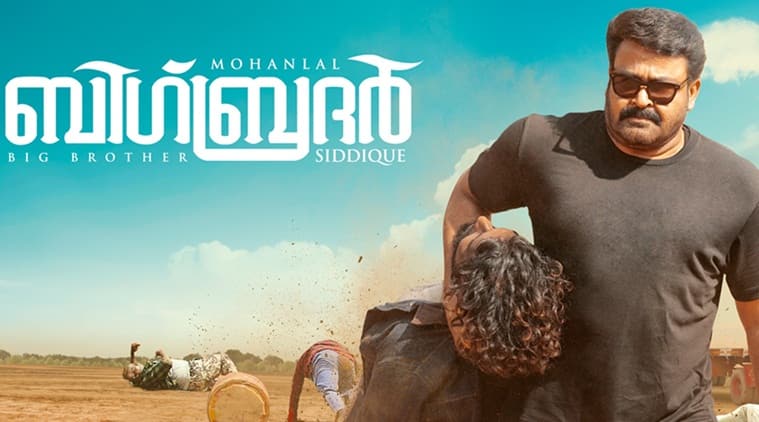 The warning signs were there from the beginning. We should have realised how lazy and uncreative director Siddique has become after seeing the first look poster which featured Mohanlal climbing over a wall.

In a scene in Big Brother, multiple people claim that they saw Sachidanandan (Mohanlal) at multiple locations at the same time. And that is Big Brother in a nutshell. It is a film that follows a hero who is all over the place. Not only is Sachidanandan sneaky, but he also possess a special ability. He can see in the dark. Now director Siddique doesn’t claim that Sachidanandan’s in-built infrared vision makes his protagonist a superhero. Nonetheless, that is what he’s going for. He is clever enough to know that he can’t openly sell Sachidanandan’s abilities as superpowers. Because then, he will have to show us how did his protagonist acquire the ability. Did he inherit it from his father? Not likely because his father is an average joe and not Rohit Mehra. Is it a medical condition? Maybe scientists or doctors can explain. But, that requires Siddique to put in more work, and think creatively. All he wants to do is recycle overused tropes, cast Mohanlal in the lead role, draw the star’s fans in huge numbers to theaters and laugh all the way to the bank.

While trying to protect his step-mother, a young Sachidanandan kills her abusive ex-husband. And, he gets sent to juvie. He kills another abusive cop for his friends. He is now sentenced to double life imprisonment and lodged in a maximum-security prison. He is locked up in isolation in a cell big enough to play squash doubles. And he uses it to stay fit. While you expect him to grow more fearsome and unpredictable, he grows to be a middle-aged man who has been domesticated by the methods of the jail. He moves and talks in the most self-effacing way possible. Almost as if he has been brainwashed in jail. For a minute, I thought somebody made a film on the everlasting trauma of prisoners after their jail time. But, no. It was just a smart idea that was thrown into this dim-witted film. An idea that would have been worth following through, instead of this migraine-inducing, pointless exercise in drama.

It takes a seasoned and indisputable talent like Mohanlal to even muster some reactions and perform with a straight face in the presence of Arbaaz Khan. Also, I can’t imagine the plight of the artist who dubbed for Arbaaz. It must have been so dispiriting.

Understand your sleep cycle to wake up fresh