A Thursday movie review: The chief problem with Yami Gautam film is that we do not take any of this seriously, whether it is Naina brandishing a gun, or snarling and cooing at her hostages. 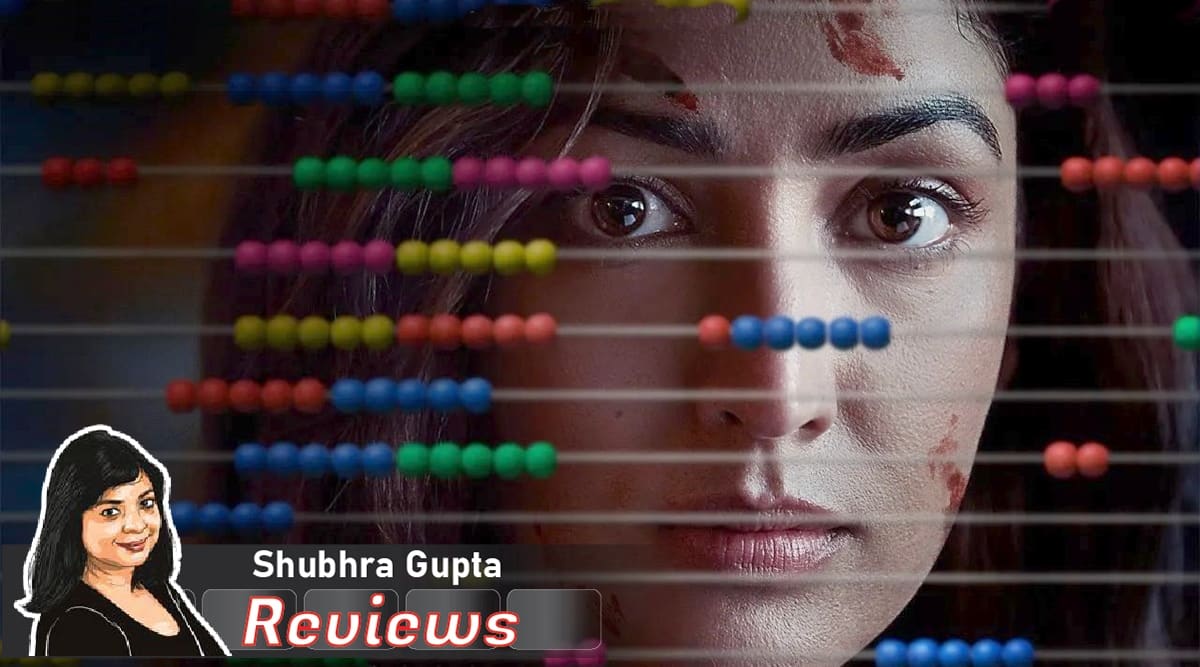 In the breathless, ever-shifting world of breaking news, comes a ‘dhamaka’: a school-teacher in Mumbai’s Colaba has kidnapped 16 pre-nursery kids, and is threatening to kill them one by one, if her demands are not met. Instantly, there is widespread fear and consternation, not just amongst the parents of the children under threat of their lives, and those who are closest to the kidnapper, but also amongst a larger catchment – the general janta which is glued to constant sensation, and to making-decisions-by-social-media-algorithms: who will die, and who will stay alive? As viewers who are given such a slew of information within the opening minutes of the film, we have questions, too. Why does ‘A Thursday’ so slack all the way up till the interval?

This kind of film needs to keep us on edge, and ratchet up the tension as it goes along, but this Yami Gautam starrer wastes too much of its time, and ours, before revealing its goods.

Not just that, much of it is exceedingly far-fetched. How does, for example, school teacher Naina Jaiswal (Yami Gautam) lay her hands on a gun? How does she know how to point and shoot? Much before the deep, dark secrets which drives her to her supposedly dastardly deeds are laid bare, we can guess that that they come from some kind of deep-seated trauma, but the dots are joined much too late.

Meanwhile, we get a TV newsroom run by a TRP hungry boss, and an anchor (Maya Sarao) who calls a person diagnosed with ‘depression and anxiety’, ‘mentally unstable’, and drops the word ‘paagal’, without blinking an eye. We get a couple of tough cops, Inspector Khan (Atul Kulkarni) and ACP Alvarez (Neha Dhupia, channelling ‘Fargo’s Frances McDormand, heavily pregnant, plain-faced, business-like) who are on the case. And the very gracious Dimple Kapadia as a firm, empathetic female PM, who wants to do her best in a very tough situation, who gets to say such lines as this one: ‘emotions can be an asset’.

The chief trouble, of course, is that we do not take any of this seriously, whether it is the sight of an increasingly agitated Naina striding up and down the playschool while brandishing a gun, alternately snarling and cooing at her hostages. She also manages to get the kids to watch cartoons, and do nap time, and eat cake, while the troops gather outside, while talking to them in sing-song.

The life-long impact of sexual violence and the laxity in meting out justice to culprits, which is at the heart of this movie, come up right at the end. Yes, the issue is worthy, but this ludicrous plot and it’s even more ludicrous execution is nothing but a series of eye-rolls.

10 JeM over ground workers arrested from Kashmir in overnight raids