Aju Varghese recently shared a candid moment in which he and Love Action Drama co-stars Nayanthara and Nivin Pauly try to pose perfectly.

Aju Varghese recently took to Instagram to share a candid moment from the sets of hit Malayalam film Love Action Drama. The clip shows Varghese, Nivin Pauly, and Nayanthara shuffling around while trying to pose for a photo. Nayanthara instructs her fellow cast and crew members to line up for the perfect shot.

In addition to being one of the film’s producers, Varghese also appeared in the film as a friend and sidekick to Pauly’s character. Both Pauly and Nayanthara received acclaim for their portrayal of a complex relationship.

Manoj Kumar R of indianexpess.com gave Love Action Drama a three-star review, praising the energy that both Nayanthara and Nivin Pauly brought to the screen.

Read the news in Malayalam

“Love Action Drama is no Vadakkunokkiyanthram, but it still works, thanks to the energy that the actors bring to the screen. And, editor Vivek Harshan’s cuts and Dhyan’s non-linear screenplay keep us engaged,” Kumar wrote.

“Dhyan smartly weaves some effective observations on the battle of the sexes into an entertaining romantic comedy, which feels more like pop-corn blockbuster than a comment on the complexity of today’s relationships,” he added. 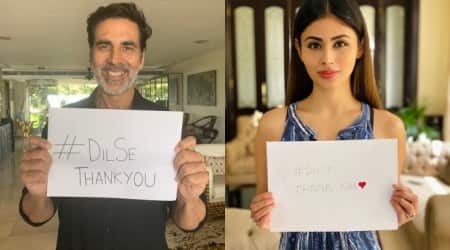