Nadia Moidu: ‘I like to retain the child in me’

Nadiya Moidu recalls her experience of working in Bheeshmaparvam. She also shares her views on equality in the Malayalam film industry. 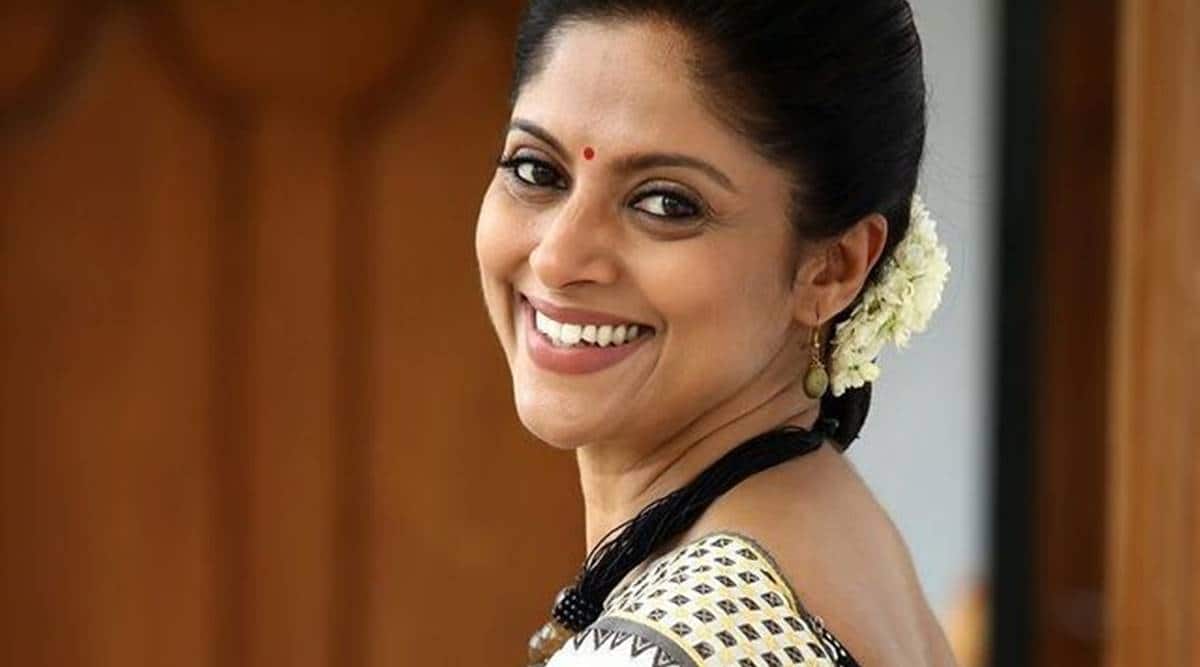 Who can forget the naughty, bubbly girl in Nokkathadoorath Kannumnattu who made the egoistic Sreekumar run for cover with an innocent lie? Nadia Moidu, who has always had a charming screen presence, is counted among the best performers in the Malayalam film industry. She has done some memorable roles in Malayalam cinema before venturing into Tamil and Telugu industries.

After a long break of 10 years from cinema following her marriage, Nadiya returned to acting with the hit Tamil movie M Kumaran s/o Mahalakshmi and soon became active again in the film industry. Nadiya recently made headlines for a statement that she made during the press meet of Bheeshmaparvam. In the presence of Mammootty, Nadiya said that female actors, even if they maintain their appearance and health like Mammootty or other male superstars, don’t get lead characters. In this interview with indianexpress.com, the veteran actor explains her statement and recalls her experience of working in Bheeshmaparvam. She also shares her views on equality in the film industry.

How was it working with young actors like Srinda, Sreenath Bhasi among others in Bheeshmaparvam?

I have always admired their work. During Covid-19 times, thanks to OTT, I could watch a lot of their films. It was really nice collaborating with them. The acting style of these new gen actors is a little bit different. I would say it is more subtle. The youngsters were very chill. There were a lot of fun moments on the sets.

Whether we are senior actors or newcomers, we all have to learn to evolve at the end of the day. Directors like Amal Neerad bring out something different in us. We do things that we thought we could never do in our career. I think that’s the most exciting part of it. His filmmaking style is also different. All this brings change in actors like us who are from a different generation.

What made you say yes to the role in Bheeshmaparvam?

I took the role of Fathima in Bheeshmaparvam primarily because it’s an Amal Neerad film. And of course, Mammookka is playing the lead role. Even though I knew that there isn’t a lot of screen space for my character, I still feel Fathima is a strong character in the movie. Also there are a lot of talented actors playing different characters in the movie and it’s obvious that everyone will have limited screen space. But, as long as the script and making falls in place, everyone involved in the project scores, right? That’s what I looked at while saying yes to my character in Bheeshmaparvam.

Following up on the statement you made during the press meet of Bheeshmaparvam, why do you think female actors find it difficult to get lead characters or important roles?

I have played some interesting characters in recent times, especially the character in Puthamputhukalai. Now, I am part of an anthology where I’ll be sharing screen space with Fahadh Faasil. The segment we are doing is named Sherlock and is based on MT Vasudevan Nair’s short story. It will be directed by Mahesh Narayanan. I’ll be working in another anthology, directed by Anjali Menon and the script of that movie is also fascinating. So more scripts and movies with important female characters are coming now, but the process is slow. We come from an era where there were many movies with strong female characters and somewhere along the way we have lost that trend. But now it’s slowly coming back because of OTT platforms. These platforms give room to so many different screenwriters, who are not just thinking about the economics of cinema but prioritising creativity. I see a lot of change happening in Bollywood cinema. There are many female oriented movies being made there. This is still not very visible in south Indian film industry. The awareness is now there, the change will happen slowly. There are a lot of women directors with different sensibilities and I hope we will see more strong female characters on screen.

Do you think the long break from acting has affected your career?

It was absolutely my choice to take a break from acting. I absolutely do not look back and regret my decision. My child was more important. When I did M Kumaran s/o Mahalakshmi, it was an experimental decision. My family supported my decision.

When you got back to acting after the break, you mostly got mother characters, while male actors who acted along with you during the ‘80s and ‘90s were still playing the hero. How do you see this disparity?

It’s strange when you think about it, but again that’s how things are. We just have to accept it. Within that you’ve to figure out how you can make a niche for yourself. The mother characters I did were not always the typical mother characters. I see the mother characters as strong female characters. There’s nothing wrong in playing a mother character. I don’t think a woman loses everything in life once she gets married and becomes a mother. There’s so much more to her. There’s so much more she can offer to the people in society. I am having the best time of my life at this age. I don’t really have to think about anything as my kids have grown up. I have now time to think about myself. Not many people would be lucky as I am because they might have liabilities like ageing parents or some other thing. So you need to have a support system within the family. Any woman who feels happy or content with what she has achieved is purely because of her support system. Otherwise, it’s not possible.

What advice can you give to upcoming female actors?

We must first grow as people. We need to adapt to changes happening around us. We cannot be rigid in our own ways. You have to be open to the kind of characters that are being written. Sometimes as an artiste, you tend to be caught in this thought of being a star. If you are stuck in that thought, you won’t be ready to try anything different. So we all need to take that risk. Something works and sometimes things don’t work, that’s life right. So we all need to take that risk and try something different, within our own capacity.

How do you think the market value of female actors can be at par with male counterparts?

I am someone who believes in equality, equal pay and all. But as far as cinema is concerned, it all comes down to economics. There was a time in the ‘80s when I was paid more than a hero. If you are carrying a film on your shoulder, then you definitely need to be paid more. I think we women can be paid far more than what we are being paid now. I think there should be more scripts with powerful female characters. Though, during Bheeshmaparvam press meet, I said in a lighter note that women are not getting lead characters like male actors, it’s unfortunately true. But, things are changing. Society is not as patriarchal as it was before. We are educating our daughters. We are teaching them to stand up on their own feet. There are even dating sites where women have the choice to pick the man they want. So there are changes happening. Society is getting more progressive. It can happen only with everybody’s effort. Men have to support this change.

How do you see the change in Malayalam cinema over the years in respect of content and the functioning of industry?

Malayalam cinema from the very beginning was known for its content. Malayalam film industry has been quite consistent on that front. People all over the world still watch Malayalam cinema, thanks to the quality content. But as female artistes, we get pushed to other industries far more easily probably because we are paid better or get better treatment. I wish we had little bit more funding so we could retain some of our very good Malayalam actors. Keep them, rather than letting them go.

The other day I and Mammookka were talking about how Malayalam film industry functioned in the past. We used to greet each other by saying namaste or Hi. I remember I was the only actor who would shake hands. Now we greet people differently. We hug everyone. So there’s more warmth between co-workers, and people are more friendly. I find it far more easy working with the younger generation because I have children in that age and I understand their way of thinking. I think people shouldn’t lose the child in them. I still try to retain the child in me. I still try to retain the naughty me and I don’t want to lose it ever.

How do you see the young female actors of today, especially their stance on certain issues and collectives like WCC?

They are certainly taking care of certain issues involving women in the industry. This is great. They are investing a lot of time for this cause. Today’s generation has more platforms to voice their opinions. Everybody has the right to voice their opinion. I don’t engage in these kinds of activities, mainly because I am not knowledgeable about many issues. Due to the lack of awareness, I don’t even have the right to say certain things. But yes, I will voice my opinion on issues that I am aware of.

Explained: What are humanitarian corridors