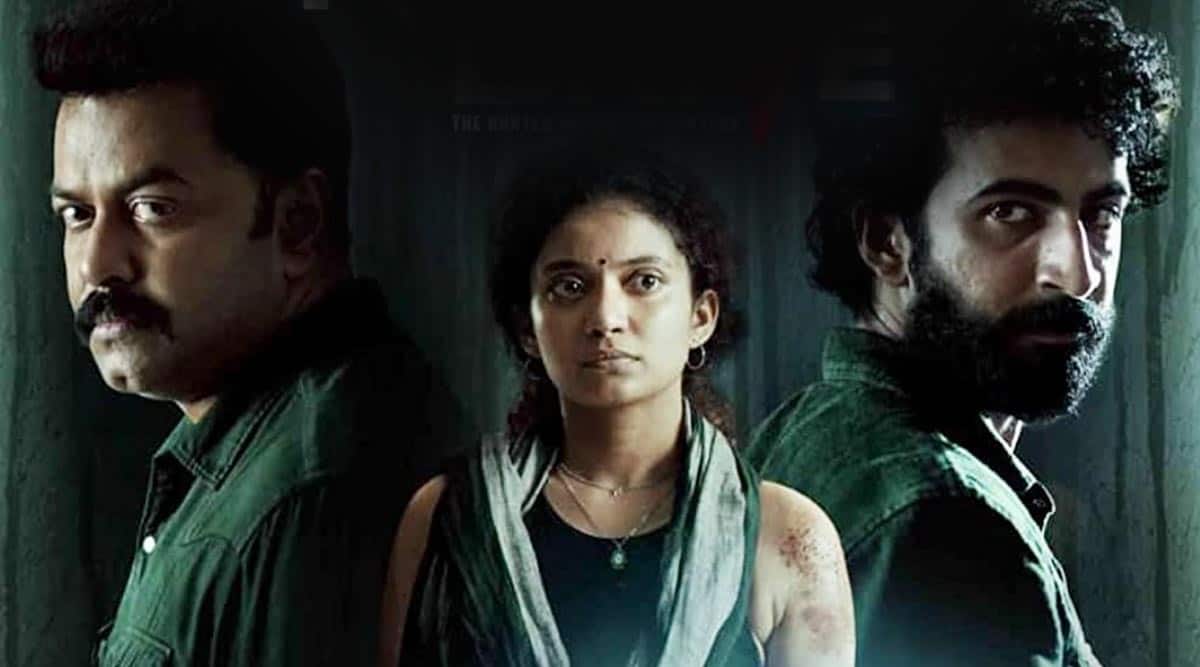 Vysakh is known for his masala movies that revolve around the hero. His films such as Pokkiri Raja, Pulimurugan and Madhura Raja starred influential actors like Mammootty and Mohanlal, with the commercial elements in place. In many ways, Vysakh is seen as a director who makes mass entertainers who knows the pulse of the audience.

That’s why Vysakh’s collaboration with talents such as Anna Ben and Roshan Mathews, who do movies of a different style and aesthetics, is interesting. Like Roshan said in an interview ahead of Night Drive, this film combines elements from the kind of movies he and Anna do, with Vysakh’s school of filmmaking. To be fair, the movie does feel like that. While its narrative style reminds you of cinema made a decade ago, its story is pretty contemporary. Instead of a happy marriage, it feels like a mismatch between two generations and two styles.

The movie shows us what happens over one night. Main characters are introduced in the movie without wasting time. Roshan plays the character of Georgie, an Uber driver, who is dating a television journalist named Riya, played by Anna Ben. They are also childhood friends, which is evident from their conversations. On the other hand, a senior politician Rajan Kurup (played by Siddique) is concerned as his involvement in a gold smuggling may come out anytime soon, leading to his arrest. He uses his most faithful men to transfer the smuggled gold to somewhere safe. The movie starts rolling as Roshan and Riya decide to go for a night drive, which is Riya’s long-time desire. However, the duo soon has a face-off with an egoistic cop named Benny Moopan (played by Indrajith). Things heat up when Riya insults Benny in front of everyone, and they leave. They get involved in an accident and Benny is the officer investigating what happened to their vehicle. He intimidates the two as revenge for insulting him earlier.

But things take a drastic turn in the second half and the movie makes for an engaging watch. Its screenplay and some of the characters remind one of the 2009 Ranjith Sankar movie Passenger. Night Drive, which comes across as contrived in the first half, gather steam after intermission. There’s an evident change in quality in the second half, which makes it bearable.

Roshan Mathews plays a typical well-mannered guy who is universally liked. His transformation into an aggressive, sometimes hysterical man, is similar to what he did in Kappela. Talented actor Anna Ben’s performance fails to justify her role as a firebrand journalist. Indrajith’s acting felt animated in the first half but he makes up for it in the second half. Kalabhavan Shajon did a good job.

The movie’s screenplay is amateurish and artificial in the first half. The whole narrative style feels outdated and the sudden heroism thrust upon Roshan shows how filmmakers like Vysakh cannot come out of the formulaic thought process. The songs by Ranjin Raj don’t make much impression; he even uses the famous Mission Impossible music as the background score at one point.