In this chat, Hesham Abdul Wahab spoke about his experience of working with director Vineeth Sreenivasan on 'Hridayam', his musical journey and more. 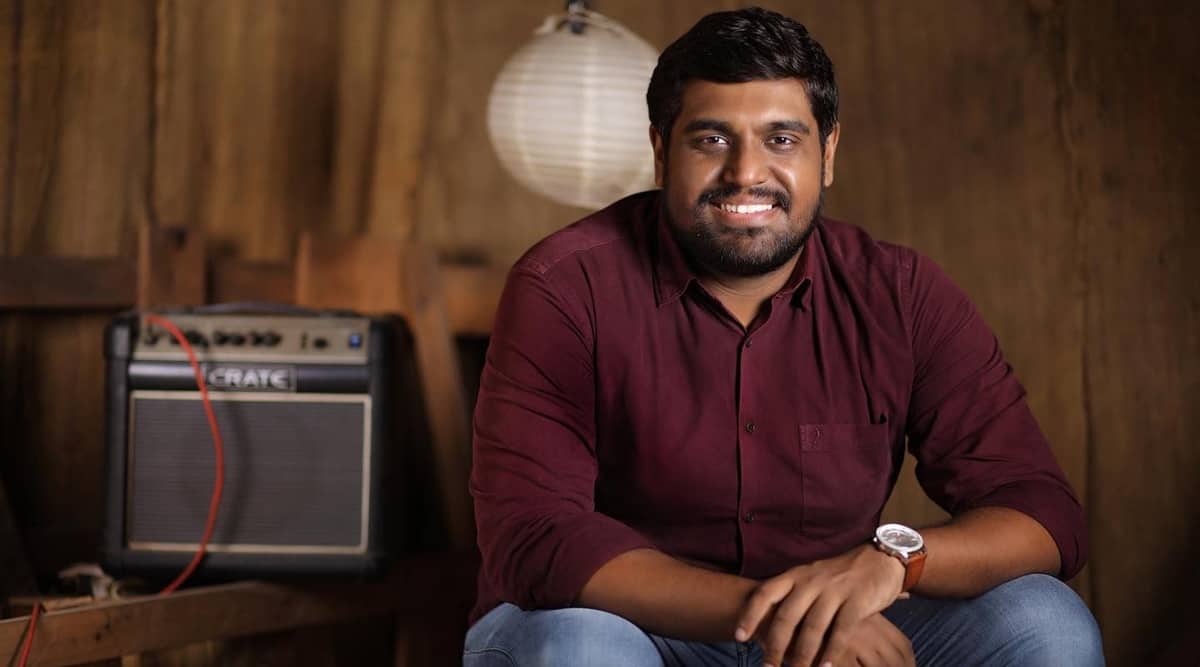 With songs from Hridayam, Hesham Abdul Wahab has made giant strides in Malayalam cinema.

As songs from the upcoming movie ‘Hridayam’ starring Pranav Mohanlal, Kalayani Priyadarshan and Darshana Rajendran, make waves, a young music director has finally made a mark. With songs like ‘Darshana’ and ‘Onakka Munthiri’, Hesham Abdul Wahab, who started his musical journey through a television reality show, has made giant strides in Malayalam cinema.

Hesham is not a newbie. In fact, he has been around as a music composer, producer, playback singer and audio engineer as well. He started his musical career in Malayalam cinema with the film Salt Mango Tree as a music director and singer. Since then, he has composed songs for twelve Malayalam movies and has rendered songs in over twenty movies. While his compositions and his singing skills have been noticed by many, the mediocre performance of these films at the box office did not get him the limelight he deserved. With songs from ‘Hridayam’ already topping the charts even before the release of the movie, Hesham is sure that the tide is about to turn. In this chat, Hesham spoke about his experience of working with director Vineeth Sreenivasan on ‘Hridayam’, his musical journey and more.

It’s official that ‘Hridayam’ will have 15 songs. How did the movie end up having 15 songs and how challenging was it for you as a composer?

It was a natural process. We didn’t plan on having fifteen songs initially, we planned only for nine. But both lockdowns happened during the making of the movie and during this lockdown period, Vineeth thought of treating some situations in the movie musically. Basically, we composed songs for the situations. ‘Darshana’ the first song released from the movie is a love song and the second song, ‘Arike Ninnal’ sung by Job Kurian has elements of pain and frustration. The third song ‘Onakka Munthiri’ which was released a few days ago has a celebratory mood.

How was it working with Vineeth? How did you guys collaborate?

I did an album in 2015 named ‘Qadam Badha’. Vineeth happened to hear that Sufi inspired album and invited me for ‘Hridayam’. But even before that, he gave me a chance to sing ‘Thazhvaram’ in his movie ‘Thira’. Vineeth also sang a song in the movie ‘Capuccino’ in which I was the music director. So we have worked with each other before ‘Hridayam’ happened. It is always a great experience to work with Vineeth. He is a great musician who knows how to use music in a film, which helped me to be in a comfort zone while working for ‘Hridayam’. He knows exactly what he wants in each situation. Hridayam is a result of a productive combination, I would say.

How did the song ‘Darshana’ happen? Did you expect the song to be such a hit?

‘Darshana’ song happened because Vineeth insisted that the word ‘Darshana’, which is also the name of the main character in the movie, should be there in the song. So I was initially sceptical on how to pull off the song with that particular instruction, but by God’s grace, it happened. We expected the song to reach out to a lot of people but honestly never expected it to be such a massive hit.

The recently released track ‘Onakka Munthiri’ is made with only vocals. What was the idea behind that song?

That wasn’t deliberate. Vineeth conveyed his idea about the song to me over the phone and I used the same rhythm which he sang for me. That’s how the song ended up with only vocals, and we did not use any instruments or background score. While we were composing this song, we needed a very soft, breezy voice and Divya, Vineeth’s wife, has already sung in a single which Vineeth produced. So I decided Divya would be apt for ‘Onakka Munthiri’. It was a unanimous decision and she did justice to the track. I think the decision to use vocals only for this song has really worked because it can connect with all kinds of audience. One can get personally attached to this track because, everyone, regardless of a musician or not, is a vocalist in their own way, so that helps the song to connect with everyone.

In India and especially Kerala, to be known as a musician you need to work in movies. How do you analyse this scenario?

I started as an independent musician. My first album ‘Qadam Badha’ was produced by a British musician Sami Yusuf and was released digitally in the UK, before getting a digital release worldwide. It didn’t get very popular in India but Vineeth happened to listen to it, which paved the way to ‘Hridayam’, so i think it’s a cycle. Earlier, there were many TV channels that supported independent musicians. Unfortunately or fortunately, now musicians are known through their work in movies, that’s the present scenario. But we have many independent musicians who are coming through. You have musicians like Job Kurian, Arya Dhayal, who showcased their music through independent platforms and have made a fan following of their own. It is through their independent work that I’ve invited them to sing in ‘Hridyaam’ and the upcoming movie ‘Madhuram’. There are musicians like Sachin Warrier, Thirumali, who have their own audience, their own team to work with. I think all the TV channels, FM stations and social media platforms should equally support independent artists so that their work can reach a wider audience. With platforms like Spotify, Soundcloud etc independent artists can publish their music without much expense.

I think a crossover period is happening right now where independent musicians are getting their deserved attention and filmmakers are noticing their work and inviting them to work in movies. Having said that, there’s another fifty percent effort that has to be done by people who support independent musicians and alternative music by facilitating avenues for concerts, shows etc. Universal themes like Micheal Jackson’s ‘Heal the world’ has the power to break language and cultural barriers. I think musicians including me should strive to make such compositions that have a universal appeal and are relatable to everyone.

Again, if music in movies is the only way to popularity, it can be a good thing also. There are a lot of filmmakers who are knowledgeable in music, and who genuinely support musicians. Take my case, my first film as a music director was in 2015 and it took me 7 years to get a movie like Hridayam. For some, it will be a short ride, and for some, it will take longer to get noticed and appreciated.

What kind of music/musicians are you influenced or inspired by?

I don’t get inspired by music that I’ve already listened to. I am always excited by music that hasn’t been explored much or that is not very common, like some particular sounds or voices. Like different genres of music that I haven’t listened to before, like Afro-pop, Cuban music, Iranian music, ambient music, country music etc.

What about your upcoming projects?

‘Madhuram’ is my upcoming project. The movie directed by Ahammed Khabeer has four songs. Lyrics are written by Vinayak Sasikumar. Sooraj Santhosh, Arya Dayal, Vineeth Srinivasan and myself have sung the songs. It’s a feel-good movie with emotional situations. There is a lot of scope for music in that movie also.

When did you start your musical journey?

I started my musical journey when I was in third grade. By the seventh standard, I had started playing the piano. My initial inspirations were AR Rahman, Backstreet Boys. My grandfather Sayed Rawther Abdul Hameed was a great inspiration too. He was a Hindustani singer. I did my Bachelors in audio production from Dubai. My wife also was a great support in my musical journey.

What kind of music do you try to represent?

In film music, the music you make for the movie should represent you as a composer and that representation should keep on changing with every movie. Hanz Zimmer is a great example of this. Every film that he composes for, he makes sure the music is in line with the story of the film. When it comes to independent music, we can emphasise on our musical roots, ideas and experiment more. I think every film you finish gives you the confidence to do the next film. I was very confident to take over the role of music director. I always wanted to do it and it finally happened.

Explained: Why UAE suspended $23 billion arms deal with US