After 25 years, AR Rahman to return to Malayalam film industry with Prithviraj’s Aadujeevitham

AR Rahman will be scoring the music album for Aadujeevitham, starring Prithviraj. He will be also composing music for Vijay's next film, which will be helmed by director AR Murugadoss. 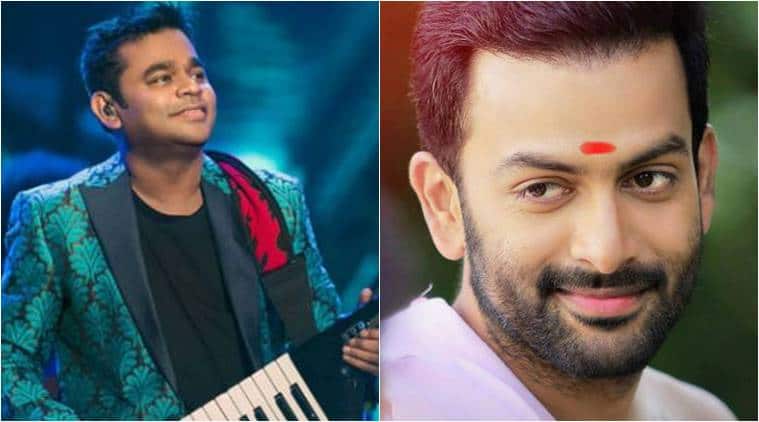 AR Rahman to compose music for Prithviraj’s film after 1992.

Oscar-winning music composer AR Rahman will be making a comeback to the Malayalam film industry after a gap of 25 years with Aadujeevitham, which will star actor Prithviraj. Superstar Mohanlal’s Yoddha, which came out in 1992, is the only Malayalam film in Rahman’s career to date.

The world-renowned music composer confirmed that he will be scoring the music album for Aadujeevitham, which is based on writer Benyamin’s novel of the same name. “I’m working with director Blessy for Aadujeevitham. It is a beautiful story,” said the maestro, when he was asked about returning to Malayalam cinema.

He announced it during a media interaction in Dubai on Tuesday, where he has gone to perform at his upcoming concert The Journey: Celebrating Music, which is held to mark his silver jubilee in the music industry.

The organisers said the event will have the largest stage ever, which will be more than 300-feet. And they promised it will be a spectacle for the audience, who will be present at Dubai’s Bollywood Parks on January 26.

On the career front, Rahman has signed a few interesting projects down south. The filmmakers of Sivakarthikeyan’s next film recently announced that they have roped in Rahman. He will be also composing music for Vijay’s next film, which will be helmed by director AR Murugadoss.

According to reports, the makers of Mohanlal’s The Mahabharata/Randaamoozham have also approached Rahman.