Jubith Namradath’s debut Malayalam feature, Aabhaasam, meaning absurdity, uses the metaphor of democracy, with its Democracy Travels’ fleet of five buses — Gandhi, Jinnah, Godse, Marx, Ambedkar. The bus-film trope continues from his 2010 short film Democracy: To Each His Own. Aabhaasam takes place in the Gandhi bus, which travels overnight from Karnataka to Kerala.

Hopping on it is easy, but getting off, not so much. The passengers and the audience are in for one hell of an eventful ride. The travellers include a bus driver addicted to pornography (Alencier Ley Lopez), a lecherous conductor (Suraj Venjaramoodu), a city girl (Kallingal), a transgender (also a real-life activist, Sheethal Shyam), Dalit painter (Indrans), a new couple (the wife is played by Divya Gopinath), a victim of child abuse, and godmen. The diverse characters paint a microcosm of a society, the moral core of which is decaying, corrupt, hypocritical, patriarchal, prurient, pervert, and yet won’t stop moral-policing.

“The idea was to show India as a metaphor with its various people, beliefs, political thoughts. I was trying to weave the story not of one protagonist but of all the travellers,” says writer-director Jubith Namradath, 39. “The film is like a franchise. We can come back to create another story with another bus,” says the engineer-turned-filmmaker.

The film, screened last week at the 14th Habitat Film Festival in Delhi, was released last year after battling many roadblocks — their shoot was stopped by Karnataka’s right-wing groups when they saw the green Jinnah bus, Namradath was grilled by the police, there were battles with the Censor Board, four cuts, and only a 10 am show slot in 25 (of Kerala’s 500-600) theatres.

The screening was followed by a panel discussion on the #MeToo movement, featuring Jubith Namradath, Women in Cinema Collective (WCC) co-founders and actors Rima Kallingal and Padmapriya Janakiraman, and was moderated by film critic Anna MM Vetticad.

While Aabhaasam packs in way too much, what shines is its layered handling of gender. For Namradath, gender representation in Malayalam cinema has been a learning experience. “As a kid, I enjoyed (Mohanlal-starrer) Midhunam (1993). It took me years to realise its patriarchal bulls**t. The film never speaks from the wife’s perspective and she’s made to apologise in the end. You can’t move on without correcting that,” he says.

“A generation of Malayalam cinema can be made from the woman’s viewpoint,” says Rima Kallingal. More films are training the lens on women’s objectification and probing male privilege. “We cannot close our eyes to what’s happening around by just making love-stories. There are a lot of stories of oppression, manipulation, and violence that need to be shown,” says Jubith Namradath.

“We need more people like Jubith to bring in diverse stories, diverse workforce,” says Padmapriya Janakiraman, who acted in the Saif Ali Khan-starrer Chef (2017), which, she says, had “40 per cent women in the crew”.

Last week, actor Revathy Sampath accused veteran actor Siddique of sexual misconduct. Namradath faced a #MeToo quandary on the Aabhaasam set, too. Gopinath accused Lopez of harassment. “I was in a fix. Three-four days of shoot remained for Alencier (Lopez). My producer and I spoke to him but he wouldn’t listen. I was happy to remove him but it wasn’t possible to re-shoot from scratch,” he says.

Jubith Namradath finished Lopez’s scenes and asked him to leave. “Divya sought a public apology from him, which he finally gave earlier this year,” he says.

At present, “the WCC is working to constitute an ICC (internal complaints cell) on every film set,” says Rima Kallingal. Padmapriya Janakiraman feels that there is hope, “from sensitive filmmakers like Aashiq Abu and Rajeev Ravi, and films like Kumbalangi Nights, which questions patriarchy big time”. “Art is not what politics and religion decides,” says Namradath. 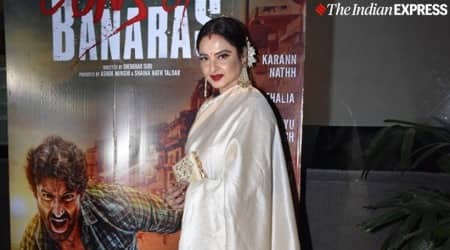