Watch Gotti trailer: John Travolta is gearing up to build something unbreakable in NYC!

Gotti trailer: John Travolta is ready to entertain his fans once again, and this time he will be playing the role of John Gotti. The infamous mob boss, who rose to the top of the Gambino Crime Family in New York City to become the 'Teflon Don'. 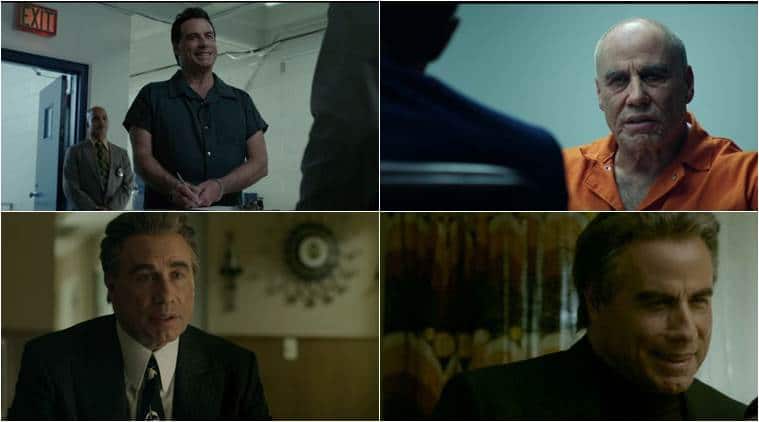 Gotti trailer: John Travolta is back in action.

John Travolta’s upcoming film Gotti’s trailer is here and the man looks better than ever. He plays infamous mob boss John Gotti in the gangster drama. The film traces the journey of gangster John Gotti as a kid on the streets of New York City to when he became a feared man.

Travolta’s last acclaimed project was ‘The People v. O. J. Simpson: American Crime Story’ – a limited TV Series that received an Emmy. Now, after having seen the trailer, it seems like Travolta is riding on the success of this show, because, many of his recent feature films have not worked that well.

In the trailer, we see Travolta’s friend in the film warn him about attacking the boss’ boss, and he replies, “There is no choice.” We feel that the film is definitely going to centre on this. John Gotti’s revenge for a loss. Is it his son’s funeral that he is attending? The film is about Gotti’s rise to the top of the Gambino Crime Family in New York City to become the ‘Teflon Don’.

In the end, he says, “This life of ours is a wonderful life, if we can get away with it.” Does he get away it? The last scene in the trailer indicates that he did. John Travolta is back, and we cannot wait to see him light up the screen.