Tom Cruise to leave Scientology to be with daughter Suri?

Tom Cruise's former wife and actor Katie Holmes has full custody of their daughter Suri after she filed for divorce in 2012, ending their five-and-a-half years of marriage. Following this, Katie returned to the Catholic Church. 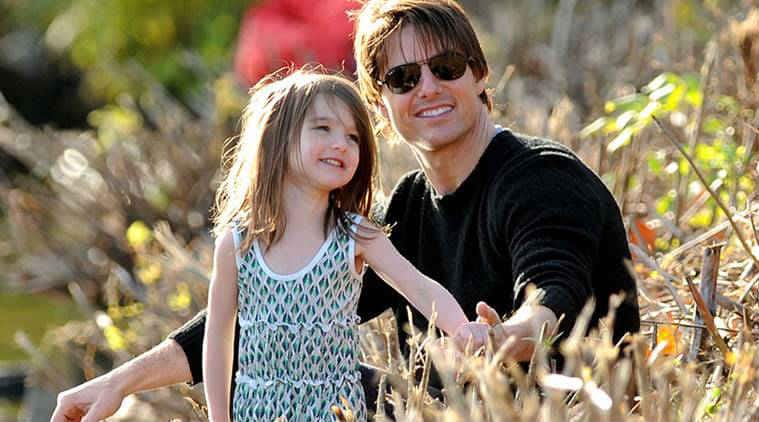 Tom Cruise with his daughter Suri.

Actor Tom Cruise is reportedly ready to leave Scientology as he has not been able to meet his daughter Suri for five years due to the Church of Scientology’s strict rules. The Jack Reacher actor “has reached the breaking point, and something has to give”, reports aceshowbiz.com.

“If he wants her back, he’ll have to walk away from the church, which has been a huge part of his life, to say the least. Leaving Scientology would be the toughest decision he will ever have to make,” a source told HollywoodLife magazine.

The father-daughter duo was last photographed together in public in August 2012, when he took her to Disney’s Typhoon Lagoon Water Park in Lake Buena Vista, Florida.

His former wife and actor Katie Holmes has full custody of Suri after she filed for divorce in July 2012, ending their five-and-a-half years of marriage. Following her divorce from Tom, Holmes returned to the Catholic Church.

In September 2017, it was reported that “Katie has grown so tired, disappointed, and frustrated with Tom’s absence as a father”. “Tom does not make time for Suri and she has learned to deal with not having her father around,” said the source.

“As Suri matures into a young girl, she is learning more about who her father is in the world and about his busy lifestyle as a megastar actor. But that does not make things any easier for the child.”

Tom joined Scientology in 1990 and has been an outspoken advocate for the religion ever since. Based on the experiences of former Scientologists, leaving the church would not be an easy transition.