Martin Scorsese said that if used more in films, this particular technique of de-aging actors using VFX could prove cheaper in the long run and maybe even eventually replace make-up altogether. 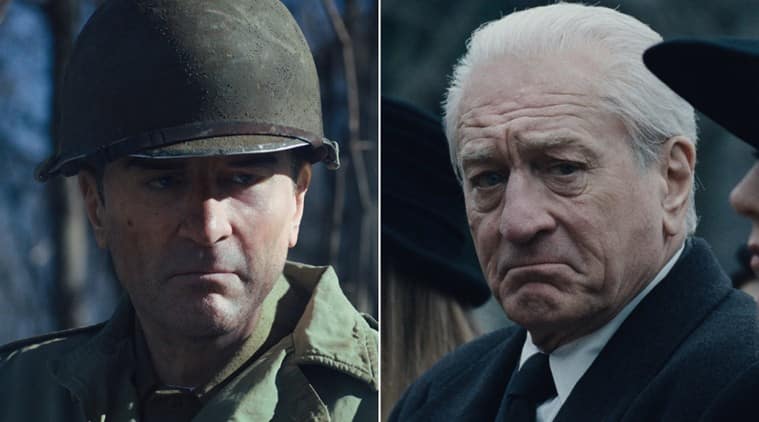 The Irishman has attracted quite the attention for the de-aging effects that has been used on its actors.

Martin Scorsese directorial The Irishman is being lauded for several things, and among them is the de-aging effects used on its actors, especially on Robert De Niro.

A de-aged De Niro was one of the chief concerns of cinematographer Rodrigo Prieto, who has collaborated with Scorsese on several films in the past. “I was excited, but also a little worried about the issues with computer-generated faces,” Prieto was quoted as saying by Inside Hook.

“The process doesn’t use animation, it actually records the faces of actors with every nuance of their performance and replaces them with the younger CGI faces. The advantage is that you don’t have to place motion-capture marks on the actors’ faces or helmets with little cameras. In fact, they don’t even wear make-up. It feels perfectly natural to them. This was a prerequisite for Scorsese — he did not want the actors to be encumbered with any VFX paraphernalia,” cinematographer Rodrigo Prieto said.
In sequences where the primary actors were required to look older than they were, make-up and prosthetics were used alternatively to aid the process.

“It’s really about keeping that character, keeping those emotions and their faces alive. In one scene where De Niro’s younger, for example, and he’s talking to some people and he has to convey a kind of vulnerability and a haplessness — making him younger, a couple of times we noticed, made him look like he was threatening them. Now why’s that? The line around the mouth. So, let’s go into the mouth, work on that,” Martin Scorsese had said in one of his earlier interviews.

Scorsese also said that if used more in films, this particular technique of de-aging actors using VFX could prove cheaper in the long run and maybe even eventually replace make-up altogether.

However, the actors themselves are being lauded for moving and behaving the way their characters would in their age. Ultimately, it is also about body language and how deep is the artiste’s understanding of the person he/she is playing.