Tahar Rahim breaks out in Guantanamo drama The Mauritanian

The Mauritanian, co-starring Benedict Cumberbatch as a marine corps lawyer and Jodie Foster as a defense attorney, releases on Friday. 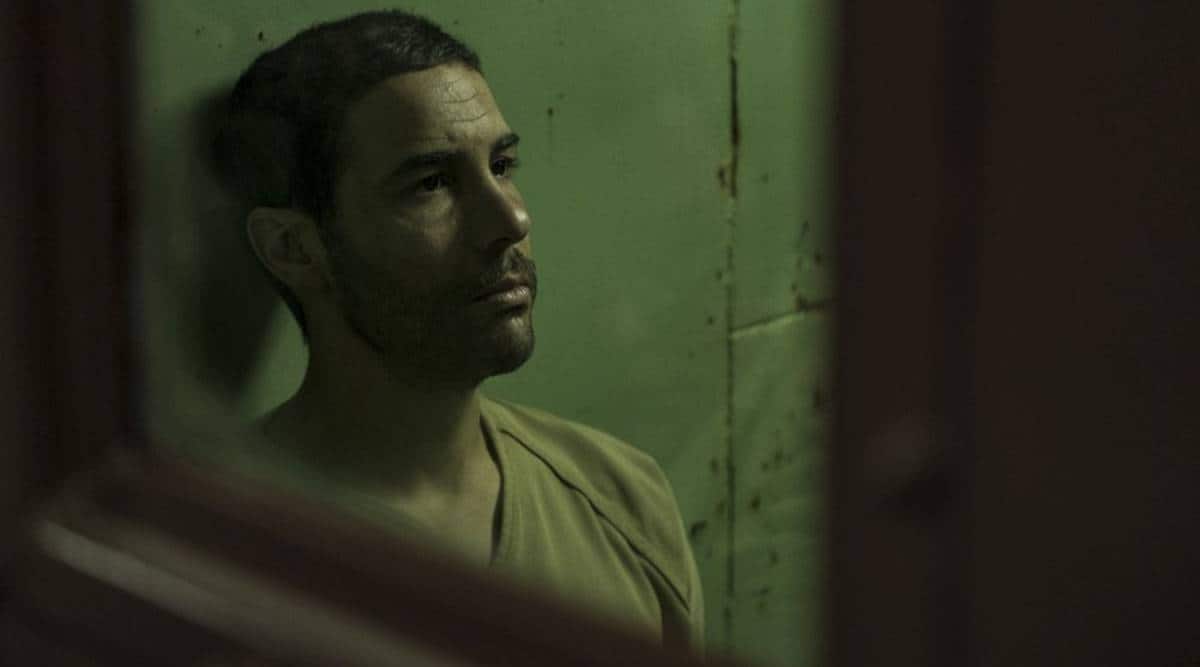 This image released by STXfilms shows Tahar Rahim in The Mauritanian. Rahim was nominated for a Golden Globe for for Best Actor in a Motion Picture Drama. (Graham Bartholomew/STXfilms via AP)

Kevin Macdonald was going to turn down directing The Mauritanian. He’d read Mohamedou Ould Slahi’s best-selling memoir about his experience being kept behind bars in Cuba for 14 years without charges, but couldn’t see anything aside from a fascinating historical document in his Guantánamo Diary.

The director of the Oscar-winning Munich Olympics documentary One Day in September and the Idi Amin film The Last King of Scotland didn’t think it was a movie.

But Benedict Cumberbatch and his producing partner, who had brought the project to Macdonald, had one request: Talk to Slahi before you say no.

“I was intimidated to talk to him,” Macdonald said. “Here’s a guy who’s been accused of being involved in 9/11, who has received a phone call from Osama bin Laden’s satellite phone. And more than anything else, here’s a guy who has suffered so much. I thought he was going to be a destroyed human being — angry and resentful.”

Instead, on the other end of the line, he found an intelligent and witty person who could quote The Big Lebowski verbatim and was, against all odds, unbroken by his harrowing experience. And suddenly Macdonald knew that he was the story.

The end result, The Mauritanian, co-starring Cumberbatch as a Marine Corps. lawyer and Jodie Foster as a defense attorney, is out Friday.

“I thought this is a man who I think a mainstream audience can fall in love with, who they can relate to,” Macdonald said. “And I don’t know another mainstream American movie which has a sympathetic Muslim lead. I don’t think it exists.”

Playing Slahi is French actor Tahar Rahim, who is perhaps best known for his breakout performance in the 2009 French prison drama A Prophet. Macdonald had worked with him a decade prior on The Eagle and knew that his English skills had improved considerably. He also had recently played an FBI agent in the Hulu miniseries The Looming Tower.

But Rahim was also reluctant at first. He didn’t know what to expect from a Muslim role in an American production about Guantánamo Bay and feared it would be stereotypical.

“I think when you are a Muslim man and you are taking part in this sort of project, this is more than just about your career,” Macdonald said.

After five pages, however, Rahim knew this was something different and worthwhile. “It was the first time I read a script where the Muslim character was sympathetic and at the heart of the movie,” Rahim said.

Naturally, the next step was to meet Slahi, which he did over Skype. He found him to be funny and clever and generous and cool, like a mix of “Muhammad Ali and Nelson Mandela.”

But his entire person also changed when the subject veered towards his captivity. “His face darkened. He was almost not articulate. I felt bad and I felt stupid and I didn’t want to make him suffer,” Rahim said.

As Macdonald observed, “The trauma is still there. He’s just decided to not let it take over his life.”

Rahim settled on a different approach from that point.

“I felt the right way to do it was just to spend time with him so I could observe him,” he said.

He decided to avoid burdening him with those kinds of questions, and instead relied on the memoir, other accounts of the detainee experience there and putting himself “as close as possible to the real conditions.”

He lost around 25 pounds in 18 days, deprived himself of sleep and wore shackles around his ankles, which bled occasionally. Macdonald worried Rahim was going too far, but his actor protested.

Rahim did have to ask Slahi one big question before starting, however. He couldn’t understand how he turned his anger into forgiveness. Slahi told him that it made him feel free.

“He would put himself in the shoes of others, trying to always understand people, especially his captors,” Rahim said.

The committed performance has not only earned Rahim early raves, but some awards love, too: Last week he was nominated for a Golden Globe. And Macdonald thinks it could be his big breakout stateside, too.