Spider-Man No Way Home trailer: Tom Holland fights multiverse villains in thrilling ride, there’s a surprise in the end too

Spider-Man No Way Home trailer is here, and promises a huge, exciting MCU movie which takes the concept of multiverse ahead. Tom Holland reprises the role of Peter Parker and Spider-Man in the Jon Watts directorial. 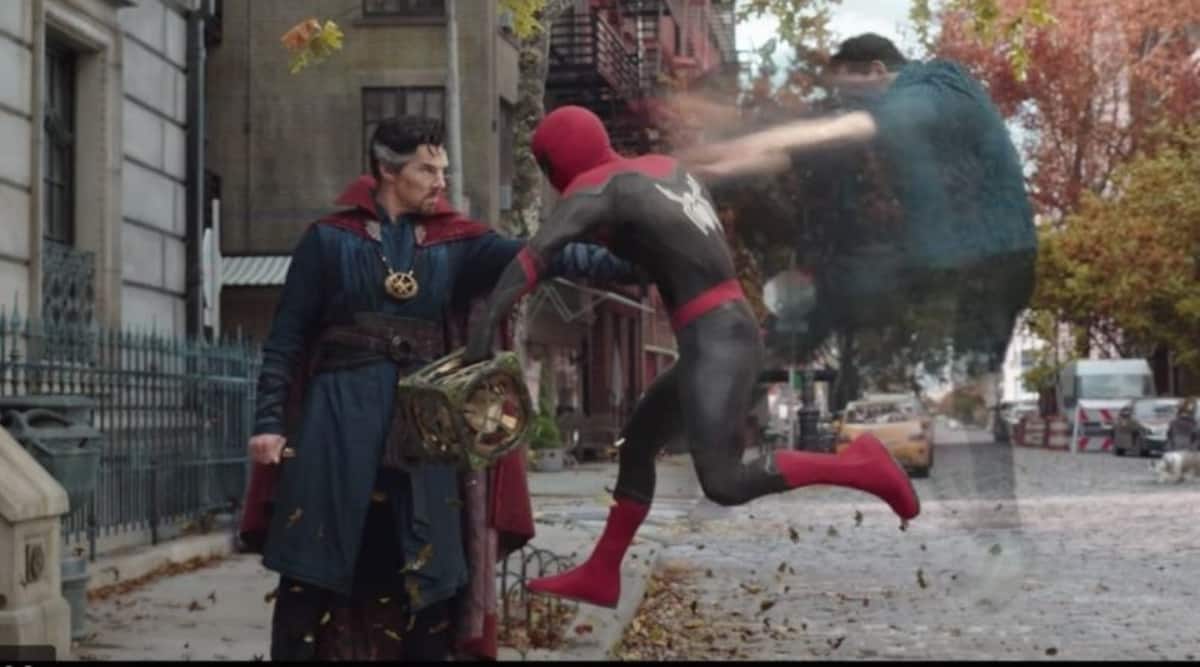 Sony and Marvel Studios have finally given MCU fans what they had been waiting for months. The first Spider-Man: No Way Home trailer is out and brings along the villains of multiverse along with it. The trailer dropped a day after the trailer allegedly leaked online and Sony went into a firefighting mode to control its spread. Spider-Man star Tom Holland had also written a cryptic note after the leak.

Tom Holland reprises the role of Peter Parker and Spider-Man in No Way Home. The last film had the superhero’s secret identity being exposed by Jake Gyllenhaal’s Mysterio and JK Simmons in a surprising appearance as J Jonah Jameson.

Spider-Man: No Way Home has Peter on the run as the safety of his loved ones depended on the fact that very few know he is the Friendly Neighborhood Spider-Man. The trailer begins with Peter asking Doctor Strange (Benedict Cumberbatch) for help, and to reverse time. In short, Peter wants to go back to the time when no one knew he was Spider-Man. It’s a tricky request, but Doctor Strange obliges. In this thrilling new trailer, we get to see a lot of action, the return of the old villains from the 2000’s hits, including the hint of Green Goblin and Dr Octopus right at the end.

The film takes forward the multiverse concept introduced by Loki. The MCU seems certain that this is the certain path they’re choosing for an entirely earth-shattering next phase. The new film promises to keep the fans on their toes, with action, suspense, drama and of course, romance.

Zendaya, JB Smoove, Jacob Batalon and Marisa Tomei reprise their roles from the previous movie. Additionally, Benedict Cumberbatch will be seen as Doctor Strange and will also assume the role of Peter’s mentor.

A few reports also indicate Garfield and Maguire may also return in the role of their iterations of the superhero, but we don’t see them in the first Spider-Man: No Way Home trailer. It seems the makers would want to keep it a surprise.

Jon Watts directorial Spider-Man: No Way Home will release on December 17, a perfect Christmas gift for the Marvel fans.

Khattar says panel to probe ‘negligence, if any’ in Covid deaths due to oxygen shortage