Sienna Miller said she was unsure whether she should share this story but ultimately decided to tell it all as "a testament" to who Chadwick Boseman was. 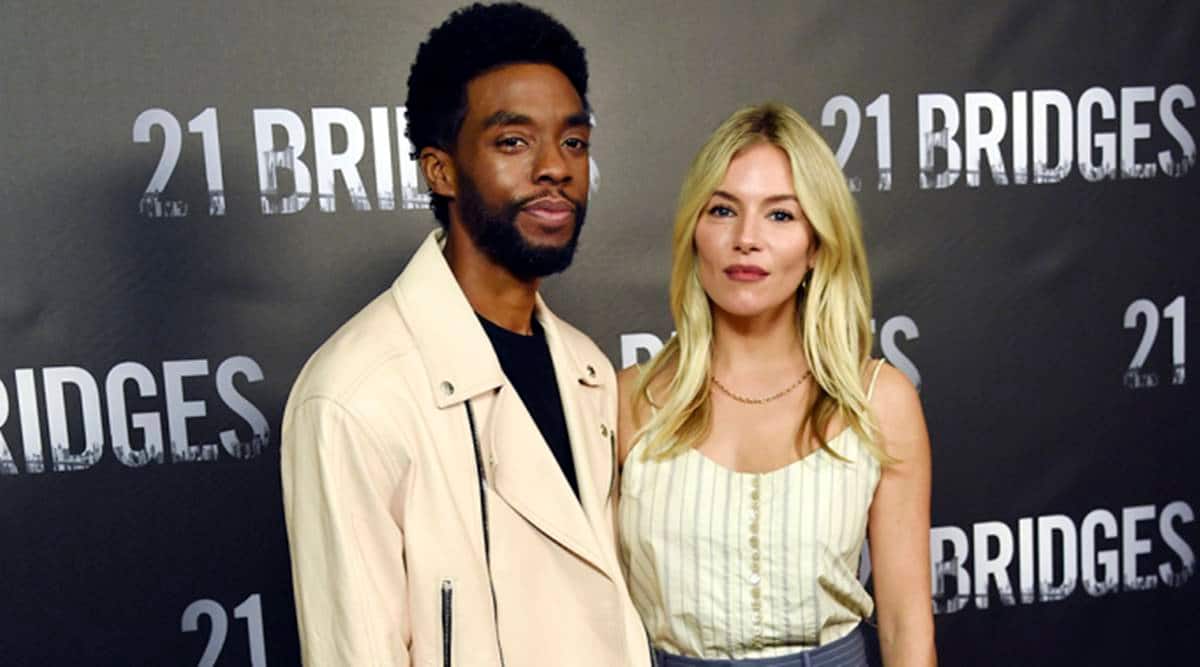 Actor Sienna Miller has revealed that her 21 Bridges co-star Chadwick Boseman “donated” a part of his salary to increase her fee when the studio didn’t agree to pay her the amount she quoted.

Boseman, who passed away last month following a private four-year-long battle with colon cancer, was also one of producers on the 2019 cop thriller alongside his Marvel collaborators Anthony and Joe Russo.

Sienna Miller said the Black Panther star was also instrumental in her joining the Brian Kirk directorial, in which he played the lead character of detective Andre Davis.

“This was a pretty big-budget film, and I know that everybody understands about the pay disparity in Hollywood, but I asked for a number that the studio wouldn’t get to,” Miller recounted in an interview with Empire magazine, whose new issue is dedicated to the late actor’s life on and off-screen.

“And because I was hesitant to go back to work and my daughter was starting school and it was an inconvenient time, I said, ‘I’ll do it if I’m compensated in the right way.’ And Chadwick ended up donating some of his salary to get me to the number that I had asked for. He said that was what I deserved to be paid,” she added.

The 38-year-old actor said she was unsure whether she should share this story but ultimately decided to tell it all as “a testament” to who Boseman was.

“… There was no showiness, it was, ‘Of course I’ll get you to that number, because that’s what you should be paid’,” she recalled the late actor saying.

Sienna Miller said, as producer, he had been “really active” in trying to get her to do the film, in which she played detective Frankie Burns, a role that was originally written as a male character.

She said Chadwick Boseman offered her the film at a time when she “didn’t want to work anymore”.

“He was a fan of my work, which was thrilling, because it was reciprocated from me to him, tenfold. So he approached me to do it, he offered me this film, and it was at a time when I really didn’t want to work anymore. I’d been working non-stop and I was exhausted, but then I wanted to work with him.”

Also read | Chadwick’s power lives on: Lupita Nyong’o writes moving tribute for Black Panther co-star | Michael B Jordan pays tribute to Chadwick Boseman: I’m dedicating the rest of my days to live the way you did

The actor said though she had not spoken publicly about how Chadwick Boseman had helped her, she had talked about his gracious gesture privately among her circle of male actor friends.

“It’s just unfathomable to imagine another man in (Hollywood) behaving that graciously or respectfully. In the aftermath of this, I’ve told other male actor friends of mine that story, and they all go very, very quiet and go home and probably have to sit and think about things for a while,” Sienna Miller said.