Thor goes on a spiritual journey to find himself in the first teaser for Marvel's Thor: Love and Thunder. Fans were quick to notice the scene in which he meditates on a mountain, like a sadhu. 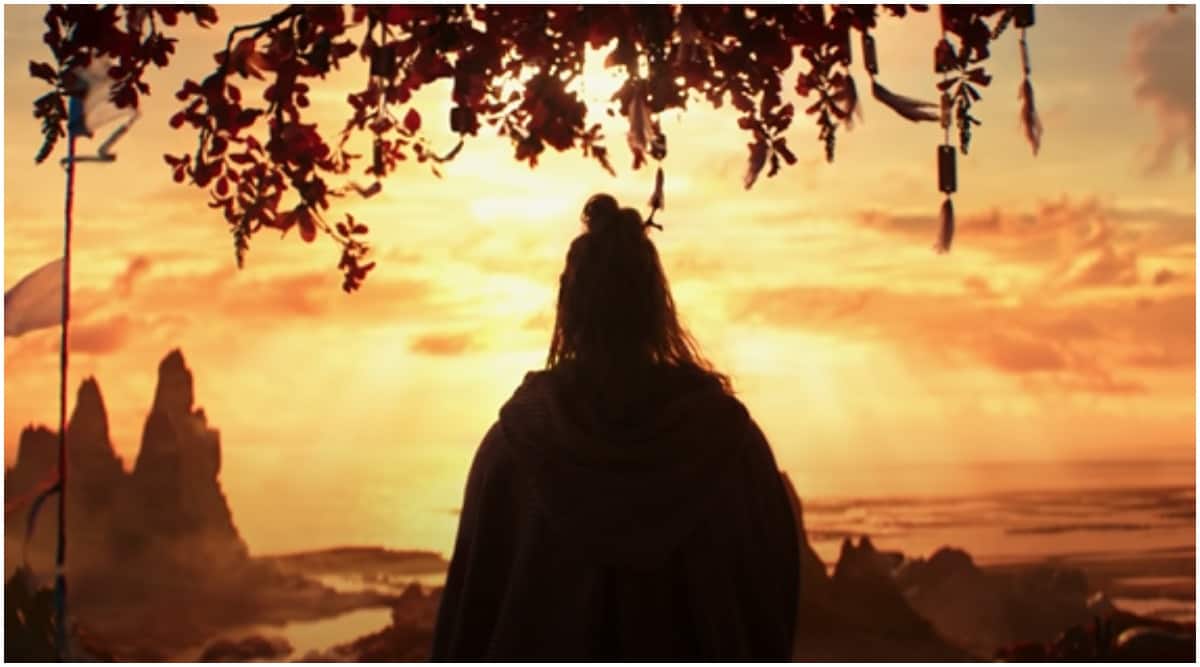 Chris Hemsworth as Thor, in a still from the Thor: Love and Thunder teaser. (Photo: Marvel Studios)

Marvel Studios on Monday debuted the first teaser for the upcoming Thor: Love and Thunder, which star Chris Hemsworth described in a tweet as ‘big, loud, crazy and full of heart’. The film will be released in theatres on July 8.

The one-and-a-half minute teaser reveals Thor’s journey to find inner peace, as he vows to give up his superheroic ways. “These hands were once used for battle, now they’re humble tools for peace,” he says in a voiceover, as he plants his hammer, Stormbreaker, in a patch of soil. As the Guns N’ Roses song Sweet Child O’ Mine plays in the background, we see a shot of Thor, meditating on an alien planet, looking an awful lot like Lord Shiva from the back.

Also read |Thor Love and Thunder teaser: Meet the Mighty Thor, and a peace-loving God of Thunder in the Marvel movie

Flags wave in the breeze, as the sun sets in front of him. “I need to figure out exactly who I am,” he says, as he opens his eyes. “I want to choose my own path, live in the moment. My superheroing days are over.” The flashy 80s-style title cards on the screen read, “Not every God has a plan.” All this suggests one thing: Thor is having some kind of crisis after the events of Avengers: Endgame.

Thor went to Himalayas to get away from Moh Maya and take the path of sadhu life and became a sanyasi after leaving his superhero life. #ThorLoveAndThunder pic.twitter.com/n6PafxVEes

And like so many white people on a quest to find purpose in their lives, he appears to have turned to spirituality. Fans noticed the Eastern imagery in the trailer. Sharing screenshots of the mountain-top meditation sequence, one person wrote in a tweet, “Looks like Thor goes meditating like a Sadhu in #ThorLoveAndThunder.” Another fan commented, “Thor went to Himalayas to get away from Moh Maya and take the path of sadhu life and became a sanyasi after leaving his superhero life.” A third person commented, “Thor Meditating shown in the trailer is reminiscent to Art that depicts Bodisathva Meditating to attain Enlightenment…”

Other fans drew comparisons to a scene at the end of Stars Wars: The Last Jedi, in which Luke Skywalker meditates in front of two suns, just like Thor in this movie. While some fans called the moment ‘inspirational’, others wondered why Thor was dressed like a ‘hippie’.

Love and Thunder is the fourth solo Thor movie, and the second to be directed by Taika Waititi, who reinvigorated the franchise with Thor: Ragnarok. The film also stars a returning Natalie Portman as The Mighty Thor, Tessa Thompson as King Valkyrie, as well as Chris Pratt and the rest of the Guardians of the Galaxy cast.