Robert Pattinson helps a new Batman emerge from the darkness

Now after several release delays, The Batman film is finally coming to theaters worldwide on March 4. The anticipation is always high for a Batman film, but the film is carrying more than the weight of a normal blockbuster on its shoulders. 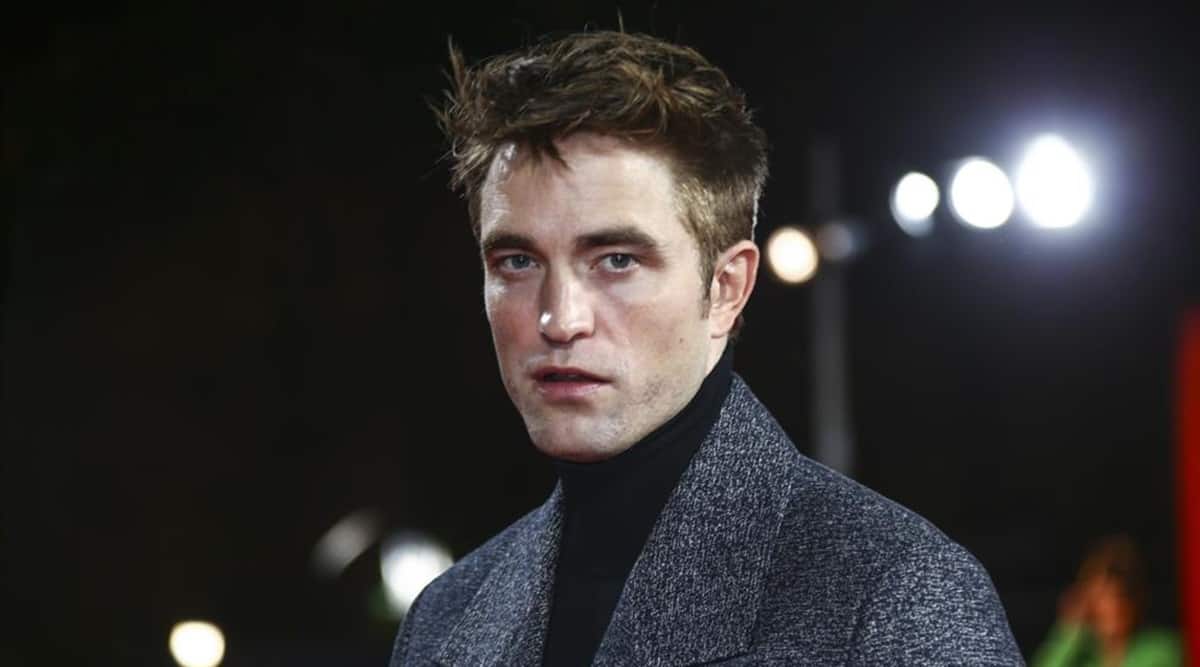 Robert Pattinson poses for photographers upon arrival for the screening of the film The Batman in London Wednesday, Feb. 23, 2022. (Photo by Joel C Ryan/Invision/AP)

Robert Pattinson isn’t morally opposed to superhero films. But he wasn’t exactly seeking them out before The Batman came along, either. The 35-year-old who seemed to emerge as a fully formed superstar in mega franchises like Harry Potter and Twilight has for the past decade or so found himself chasing edgier fare, smaller movies with interesting directors and roles where he could stretch and disappear behind an archaic New England accent, as in The Lighthouse, the unkempt beard of an explorer in The Lost City of Z or the shock of messily bleached hair that accompanies him on a never-ending chase in Good Time, to name a few.

The strange thing is that it was Good Time, a $2 million movie, and its frenetic, freefall energy that convinced director Matt Reeves that Pattinson needed to be his Batman. It was 2017 and Reeves, the man who brought freshness and grit to the last two Planet of the Apes films, had raised his hand to usher in a new iteration of the dark knight while Ben Affleck was in the process of hanging up his cape. Reeves started writing the movie for Pattinson, not having the faintest idea whether it would hold any interest.

Luckily, in Pattinson’s mind, Batman preceded and existed outside of the “superhero craze.” Growing up in England, he remembers watching the cartoon, the Adam West series (which he swears was still running replays in the UK when he was a child in the 1990s) and coveting his costume and Happy Meal toys. Then there were the films.

Also Read |The Batman director Matt Reeves on whether Superman might show up in sequels: ‘There would be a lot of shock…’

“No other movie has been so thoroughly reinvented in so many different ways,” Pattinson said. “Tonally, it’s kind of they’re not part of the same series. It exists as as a different kind of legacy.”

The idea Reeves had was to go back to Batman’s detective roots, crafting a 1970s style noir a la Chinatown or The French Connection meets classic “Warner Bros. gangster pic” where Batman and Gordon hunt for a Zodiac-like killer who leaves riddles addressed to Batman at the crime scenes around Gotham.

“Not wanted to not reinvent the franchise, but in some ways, take it back to its origins, which is in mystery and detective work,” said Jeffrey Wright, who plays Gordon. “He wanted to celebrate Batman as the world’s greatest detective.”

Reeves knew he couldn’t do a straight origin story — the public has seen Martha Wayne’s scattered pearls more than enough times — so he decided to drop the audience in a place where Bruce has only been Batman for a little over a year.

This hero version is more recluse than playboy and he’s not spending his precious few off hours bodybuilding, either. Reeves said he saw him as a little out of control and a little “strung out,” like an addict who goes out every night searching for street fights and sleeps during the day.

“We find him at a place where he’s not yet perfected himself, declaring himself an agent of vengeance,” Reeves said.

Advertisement
Also Read |Robert Pattinson was ‘terrified’ of watching The Batman for the first time, reveals his Bat-voice was initially deemed ‘atrocious’

To play opposite Batman, Zoë Kravitz was cast as Selina Kyle, the femme fatale with a traumatic past who is on her way to becoming Catwoman. The chemistry between Pattinson and Kravitz, who are longtime friends, was “immediately apparent,” Reeves said.

“I think they’re very attracted to each other, and they also push each other’s buttons,” Kravitz said. “Both of them are people who have been alone for a very long time… it’s scary for them to feel vulnerable or to care about somebody.”

They also enlisted a slew of veteran actors to round out the corrupt world of Gotham, including John Turturro as Carmine Falcone, Paul Dano as Edward Nashton/The Riddler, Andy Serkis as Alfred and a prosthetics-disguised Colin Farrell as Oz/The Penguin.

Robert Pattinson, left, and Zoe Kravitz pose for photographers upon arrival for the screening of the film The Batman in London Wednesday, Feb. 23, 2022. (Photo by Vianney Le Caer/Invision/AP)

“I just had carte blanche to just experiment and play,” said Farrell, who as a longtime Batman fan was even a little awestruck seeing Pattinson in “the suit” for the first time.

Production began in the UK in January 2020 and things were going well until the world shut down in March 2020. With about 25% of The Batman shot, Reeves even wondered if they’d get to finish. They resumed five months later, with several pauses because of Covid-19 cases, and finally wrapped in March 2021.

“I didn’t realize how much work it had actually been,” Pattinson said. “I looked like I had been living under a rock… I hadn’t literally seen the sun in about 18 months. I kind of only feel like I’m vaguely coming back to normal now.”

Now after several release delays, the film is finally coming to theaters worldwide on March 4. The anticipation is always high for a Batman film, but The Batman is carrying more than the weight of a normal blockbuster on its shoulders, from the enormous box office pressures to how the audience is going to receive Pattinson and the new direction for the franchise, which includes plans for more movies and a spinoff series.

But Pattinson thinks the pressure “is great.”

“Sometimes you can put so much effort into something and then no one even cares, so to know that there’s a kind of ravenous kind of audience,” Pattinson said, taking a beat and smiling before adding, “hopefully.”

“People are going to have an opinion on whether or not you did it right,” he said. “That’s exciting.”

‘Vested interests’: Ashneer Grover quits BharatPe ahead of board meet