Oscars 2022 Live Streaming: The 94th Academy Awards were held in Los Angeles, California to honour the best in cinema. 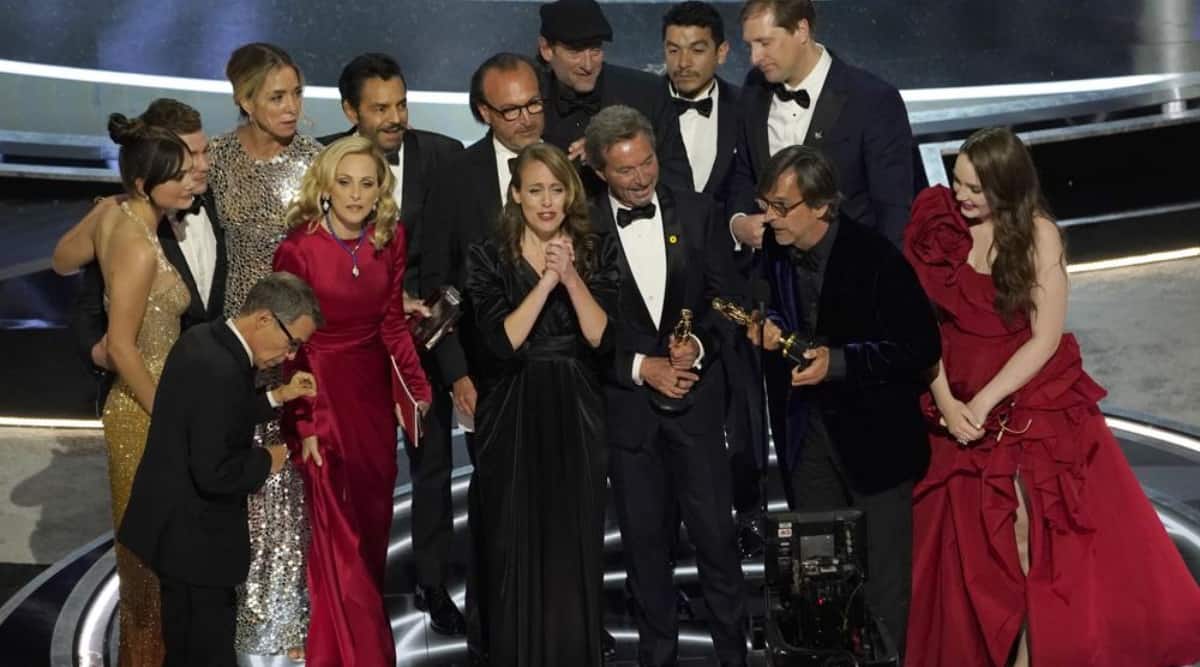 The 94th Academy Awards were held at the Dolby Theatre in Los Angeles and were hosted by Regina Hall, Amy Schumer and Wanda Sykes. CODA was the big winner of the night winning the Best Picture award. The film was nominated in three categories and won all three. The other two are Best adapted screenplay and Best supporting actor for Troy Kotsur.

The Power of the Dog, which had 12 nominations in its name, won only one award. Jane Campion won the award for Best director.

Will Smith won the first Oscar of his career for his performance in King Richard. Jessica Chastain won Best Actress for The Eyes of Tammy Faye. Best Supporting actress was won by Ariana DeBose for West Side Story.

Samuel Jackson, Elaine May and Liv Ullmann were honoured with the Honorary Academy Awards in 2022. The Jean Hersholt Humanitarian Award was given to Danny Glover.

Here are all the latest updates about the 94th Academy Awards.

Will Smith at the Vanity Fair afterparty

Will Smith spotted at the Vanity Fair afterparty.

Chris Rock declines to file a police report against Will Smith

Will Smith apologised in his acceptance speech

"I wanna apologize to the Academy... to all my fellow nominees. ... Art imitates life, I look like the crazy father! ... Love will make you do crazy things," said Will during his acceptance speech as he won Best Actor.

The 94th Academy Awards come to an end

The show ends after the announcement of the Best Film nomination. The team of CODA accepted the award.

Anthony Hopkins presents the Best Actress award to Jessica Chastain for The Eyes of Tammy Faye. The other nominees were: Olivia Colman – The Lost Daughter, Penelope Cruz – Parallel Mothers, Nicole Kidman – Being the Ricardos and Kristen Stewart – Spencer.

Will Smith wins his first Oscar for King Richard. The other nominees included: Javier Bardem – Being the Ricardos, Benedict Cumberbatch – The Power of the Dog, Andrew Garfield – Tick, Tick…Boom!, Denzel Washington – The Tragedy of Macbeth.

A 94th Academy Awards that steadily maintained a buoyant spirit was rocked by an unbelievable exchange after Will Smith took offense to a joke made by Chris Rock about his wife, Jada Pinkett Smith.

After Rock joked to Smith that he was looking forward to a sequel to “G.I. Jane,” Smith stood up from his seat near the stage, strode up to Rock and slapped him. After sitting back down, Smith shouted at Rock to “keep my wife’s name out of your (expletive) mouth.” When Rock, who joked about Jada Pinkett Smith while hosting the Oscars in 2016, protested that it was just a “GI Jane” joke, Smith repeated the same line.

Samuel L Jackson, John Travolta and Uma Thurman take the stage as Pulp Fiction gets honoured on its 28th anniversary.

Billie Eilish wins her first Oscar for No Time To Die

Billie Eilish and Finneas O’Connell win their first Iscar for No Time To Die in the category Best Original Song.

The Godfather team takes the stage

Francis Ford Coppola, Al Pacino and Robert De Niro take the stage as The Godfather gets honoured at completing 50 years.

Writing with Fire bows out

After being nominated in the Best Documentary Feature category for this year’s Oscars, Delhi-based filmmakers Rintu Thomas and Sushmit Ghosh’s documentary, Writing with Fire had to bow out of the Oscar race as the prize was won by Summer of Soul (…Or, When the Revolution Could Not Be Televised).

Summer of Soul (…Or, When the Revolution could not be televised) wins Best documentary feature

Summer of Soul (…Or, When the Revolution could not be televised) wins Best documentary feature. Indian film Writing with Fire was also nominated in the same category.

Siân Heder wins Best adapted screenplay for CODA. Drive My Car, Dune, The Lost Daughter and The Power of the Dog were the other nominees.

BTS has a video message for the Oscars

BTS introduced the Will Smith starrer King Richard as the Best Picture nominee via video message.

The 2021 Oscars met with a lot of criticism as the Best Actor award was moved to the last spot to close the ceremony instead of the Best Film award. With Chadwick Boseman being nominated, and Anthony Hopkins winning the award, who was not even present in person to collect the statuette, the audience felt that the organisers manipulated the audience emotionally.

The ceremony was not held at the Dolby Theatre and was scheduled at an indoor-outdoor venue with many celebrities giving the Oscars a miss. The Best Film award was won by Nomadland, and the Best Director was also won by Chloe Zhao. Anthony Hopkins won the Best Actor for The Father and Frances McDormand won the Best Actress for Nomadland.

The 2021 ceremony did not receive favourable reviews from the viewing audience prompting the makers to make a lot of changes in the ceremony for 2022.