Olivia Colman and Jessie Buckley on sharing Leda: ‘We had the same response to script’ 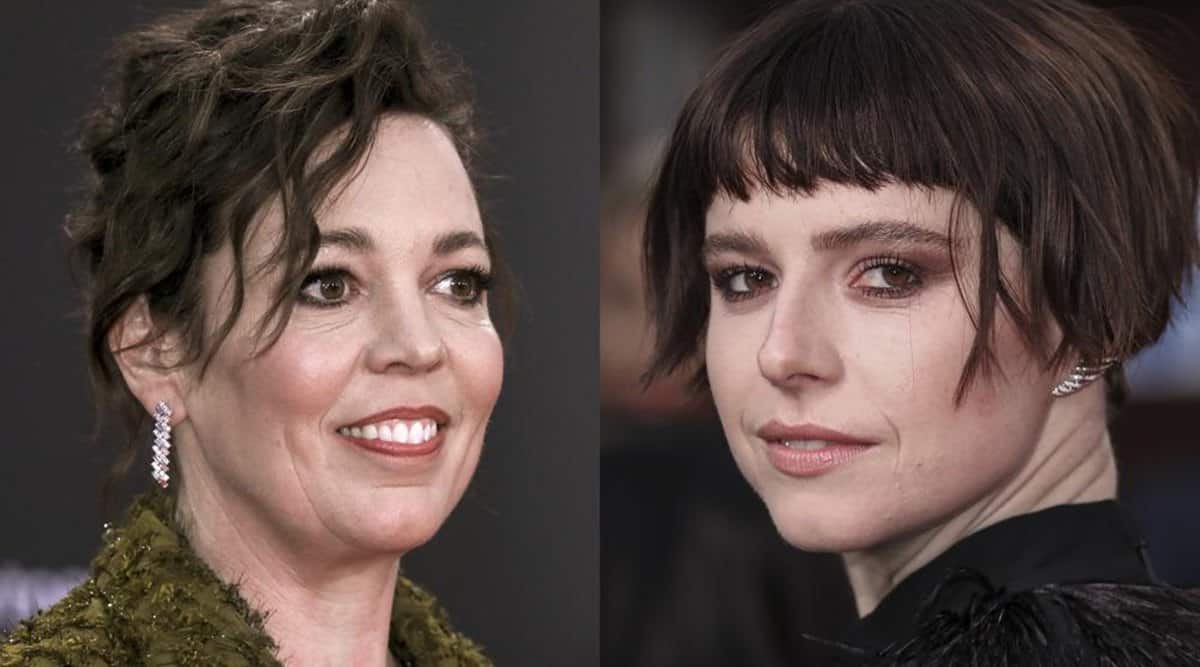 FILE - This combination of photos show Olivia Colman, left, and Jessie Buckley at the premiere of The Lost Daughter during the 2021 BFI London Film Festival in London on Oct. 13, 2021. (Photo by Vianney Le Caer/Invision/AP, File)

It’s not often that two actors inhabit the same role seamlessly in a movie. But in Maggie Gyllenhaal’s The Lost Daughter, Olivia Colman and Jessie Buckley play a woman in vastly different chapters in her life with a rare harmony.

The Lost Daughter, Gyllenhaal’s remarkably accomplished directorial debut, is adapted from Elena Ferrante’s 2006 novel. Colman stars as Leda, a 48-year-old British academic on vacation in Greece, where a large and boorish family interrupts the tranquility of her holiday. Yet Leda is intrigued by a young, struggling mother, played by Dakota Johnson. Their interactions fuel Leda’s memories of her early years as a parent, a time when her career is also taking off. In interspersed flashbacks, Buckley plays the younger Leda.

Colman and Buckley don’t look particularly alike but their interpretations of Leda are compellingly synergetic. Each performance deepens the other, creating a bisected but holistic character study: Two actors, one Leda. In the general critical acclaim for Gyllenhaal’s film, which opens in theaters Friday and streams Dec. 31 on Netflix, Colman and Buckley have each regularly been singled out by awards groups.

Colman, the 47-year-old Oscar-winner of The Favourite and Emmy-winner of The Crown, and Buckley, the 31-year-old Irish actor and breakthrough star in 2019′s Wild Rose, share much besides Leda, including an eagerness to laugh and a fondness for karaoke. During a break from Buckley’s rehearsals for Cabaret in the West End, the two reflected on sharing one of the year’s most stirring roles in a recent Zoom call from London.

Q: Did you know each other before The Lost Daughter?

Buckley: We did karaoke together. That was basically all of our research.

What were your songs?

Colman: A bit of Adele. It was a challenge.

Buckley: Thank god she’s released a new album. That’s all I can say.

Olivia, you suggested Jessie for this role. What made you think of her?

Buckley: It’s all your fault.

Colman: When I first met Maggie, I said, “And who else have you got?” She went, “I haven’t anybody. Do you have any thoughts?” I went, “Do you know Jessie Buckley?” She didn’t but she went and saw Wild Rose, which had just come out. I always think Jessie Buckley. I feel thrilled with myself.

Buckley: I should do karaoke more often. That’s the way in.

Colman: I find Jessie is the most incredible actress. I love watching her. I think she’s exquisite in her choices and has impeccable taste.

Buckley: I am the best.

Colman: We saw each other for a week and we managed to have great fun. We shoehorned it in.

How did you manage that, since you don’t share any scenes together?

Colman: Jessie and (Jack Farthing, who plays Leda’s husband) and the girls had their own sort of film for the first 10 days. But we overlapped, and I think you stayed on for a bit longer after you finished.

Also Read |Avatar 2 director James Cameron on Kate Winslet: ‘She blew everybody away when…’

Did you discuss your approach together at all?

Colman: We had a phone call where we said, “What accent should we do?” “OK.”

Colman: Well, Maggie doesn’t want to patronize an audience. It’s clear that it’s Jessie and Olivia. We’re different people and we’re playing the same woman. But it’s a woman in different stages of her life. You do change a bit. When I saw it I thought we had the same response to the script. And Jessie didn’t throw me off by doing a secret limp.

The Lost Daughter shows a complicated, uncertain side of motherhood rarely seen in movies. Leda has ambitions and desires that don’t fit into the conventional portraits.

Buckley: That’s what I loved about it. Why hasn’t this been on screen before? To me, that’s what I loved most about my own mother and my sisters and all the amazing women in my life. It’s like the potential of all of them outside of the thing that we project on top of them. Reading the script was like taking a big sigh of relief. My own mum came to see it at the London Film Festival and she took a big sigh. She felt like she was part of a community for the first time, like “Oh, thank god, you too!’” She was holding herself differently that night.

Colman: I loved that it was an honest depiction of being (expletive) at it. My mates, who all happen to also be mums, came that night. There was a big quiet moment when you could see them going, “That was quite shocking and I’m really grateful it was there.” Some of the days, I still go over when I was really bad at being a mum and I can share that with everybody. I can forgive myself because it’s really normal.

Olivia, you’ve talked about how your own experience of motherhood differs.

Colman: I had a different situation to Leda. I was seen and I was supported. I was co-parents with my husband. A lot of those frustrations didn’t exist. I need to be me, too, because I was being an actor. So that’s a huge difference. Also, you don’t have to always draw on something. We’re in the business of imagination. Jessie doesn’t have children but Jessie plays that part beautifully. Dakota doesn’t have children. I recently played a murderer (in the HBO miniseries Landscapers). I haven’t murdered anyone.

Did either of you watch the other’s scenes to gauge your own performance?

Olivia: When we first got to Greece, I thought maybe I could watch a couple scenes with Jessie’s permission. I was about to press play and I went, “Oh that’s wrong.”

Jessie: That’s just because my bottom was the first shot that you saw.

Olivia: It felt not fair to do that. I just felt: Why don’t we just trust each other? The first time I saw it was at Venice and it was your performance that made me go “Oh.” Watching you, that was amazing.

Jessie, what did you think when you saw Olivia’s performance?

Buckley: I think Olivia Colman has huge potential. I think she’s got a really great career ahead of her. I would watch Olivia paint a wall, really.

Colman: Once I painted a wall when I was very pregnant. They say never choose paint colors when you’re pregnant. I was 9-months pregnant when I said, “This room has to be yellow!” I got a stepladder and I couldn’t take the curtains off, so I just went like that (mimes rolling haphazardly). When we moved house, it was embarrassing to hand the house over to someone else.

Buckley: They’ll keep that for years. They’ll be like: Olivia Colman painted that. It’ll become like an attraction for a shilling. So abstract!

You’re both naturally funny people who are nevertheless drawn toward thorny, often dark material as actors. Do you feel pulled as much by drama as comedy?

Colman: My thing is dark comedy. I love it. It’s the whole gamut of humans. We are all a bit of everything. I find a drama with no laughs at all is maybe not as hard hitting. You open yourself up so you can laugh a bit. It’s: You got me when I wasn’t protecting myself. In the darkest, deepest, saddest moments, it’s a human release to laugh.

Omicron is a dress rehearsal for the next pandemic