Many people have said that Nicole Kidman is too young to play the role of Arthur Curry or Aquaman's mother in the film. The titular character is played by Jason Momoa, who is 12 years younger than Kidman (Momoa is 39 years old while Kidman is 51). 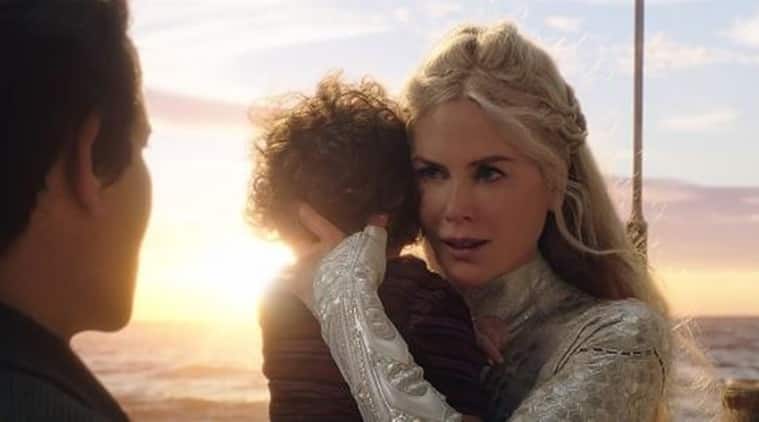 Nicole Kidman in a still from an Aquaman trailer.

Nicole Kidman has opened up about the age controversy in her upcoming Warner Bros’ DC superhero film, Aquaman. Many people have said that she is too young to play the role of Arthur Curry or Aquaman’s mother in the film. The titular character is played by Jason Momoa, who is 12 years younger than Kidman (Momoa is 39 years old while Kidman is 51).

While speaking to Variety, Kidman said, “In the context of the superhero world, it all evens out. Atlanna doesn’t really age.” She is referring to the fact that her character, Queen Atlanna, is an Atlantean royal, and is thus not really a human. Just like Kryptonians and Amazonians like Superman and Wonder Woman, Atlanteans in DC Comics are also endowed with superman capabilities. They age either not at all or very slowly and may look much the same after hundreds of years have passed.

It is not known whether Atlanna will survive until Arthur’s adulthood. The trailers for this James Wan directorial have shown Atlanna only in what look like flashbacks and they have Atlanna have Arthur as a baby.

Aquaman’s official synopsis states, “From Warner Bros. Pictures and director James Wan comes an action-packed adventure that spans the vast, visually breathtaking underwater world of the seven seas, “Aquaman,” starring Jason Momoa in the title role. The film reveals the origin story of half-human, half-Atlantean Arthur Curry and takes him on the journey of his lifetime—one that will not only force him to face who he really is, but to discover if he is worthy of who he was born to be…a king.”

Aquaman hits theaters in India on December 14, a week earlier than its US release.